Following its stock tumbling and subscribers leaving in droves, Netflix has announced the cancellations of a series of animated shows that were in development.

It hasn't been a good week for Ava DuVernay as now Netflix has canceled her planned Wings of Fire animated series, which follows the cancellation for Naomi at The CW (her New Gods DC flick was also axed a while back).

Ava DuVernay’s Wings of Fire animated series was to adapt the family fantasy books, written by Tui T. Sutherland, with ten 40-minute episodes, but that now that isn't happening. Deadline notes "the series was centered around a bitter war that has raged for generations between the dragon tribes who inhabit the epic world of Pyrrhia. According to prophecy, five young dragons will rise to end the bloodshed and bring peace back to the land. Raised and trained in secret from the time they were hatched, the Dragonets of destiny – Clay, Tsunami, Glory, Starflight, and Sunny – embark on an evolving quest that will bring them face to face with their true selves and the overwhelming scope of this savage war they are destined to bring to an end."

In addition to Wings of Fire getting canceled, Netflix also put the kibosh on Meghan Markle’s animated series, Pearl, as well as the adaptation of Jeff Smith's comic book series Bone, and two additional animated series.

Netflix stock tumbled big time due to reporting a 200,000 subscriber loss in the first quarter of 2022.

Amazon describes the book set of the first five books as:

The New York Times bestselling Wings of Fire series is more collectible than ever in this five-book paperback boxed set!

A war has been raging between the dragon tribes of Pyrrhia for years. According to a prophecy, five dragonets will end the bloodshed and choose a new queen. But not every dragonet wants a destiny. And when Clay, Tsunami, Glory, Starflight, and Sunny discover the truth about their unusual, secret upbringing, they might choose freedom over fate -- and find a way to save their world in their own way.Discover the first five thrilling installments in the bestselling Wings of Fire series, now in one red-hot boxed set: The Dragonet Prophecy;The Lost Heir; The Hidden Kingdom; The Dark Secret; and The Brightest Night. 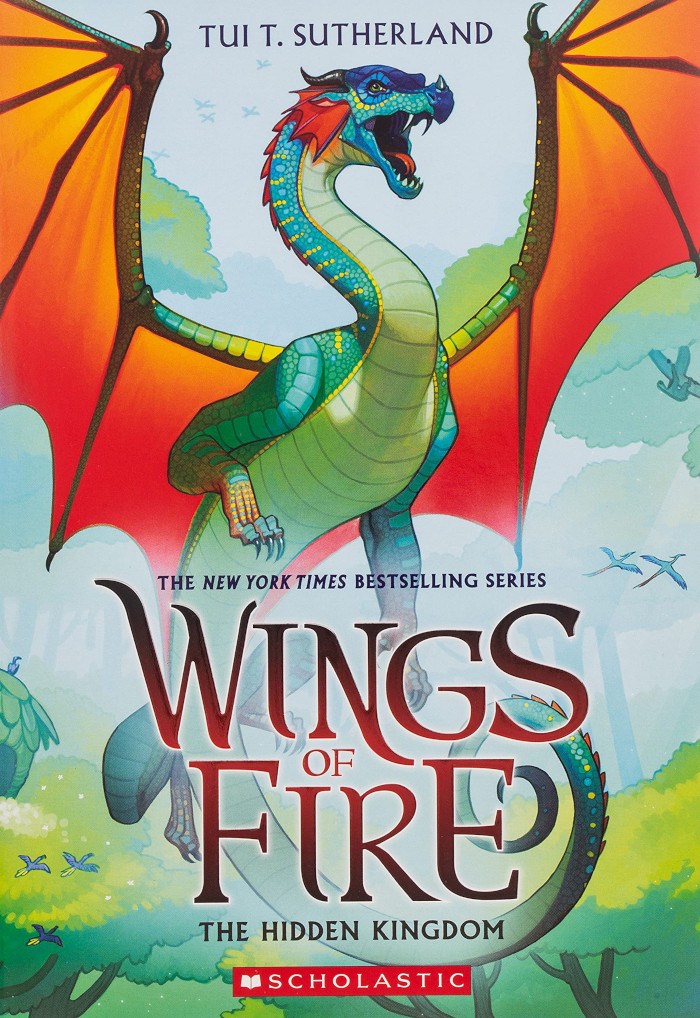