It's again claimed that Ms. Marvel will basically be a Green Lantern ripoff in the upcoming Disney Plus series.

Scooper Daniel RPK says more of the same in regards to Kevin Feige changing the powers of Kamala Khan away from the comics and more in line with DC's Green Lantern, which has also been suggested by official promo art for the show (see below):

Ms. Marvel will still have her embiggening powers but it'd look more like this, more Green Lantern, less Mr. Fantastic.

In the comics, Kamala Khan gets her powers from being an Inhuman where she has stretchy powers, which as noted is similar to that of Mr. Fantastic Reed Richards who gets his powers from cosmic radiation.

Interestingly enough around the time Marvel created Kamala Khan, I believe that is when Marvel was feuding with Fox, so Marvel Comics did away with the Fantastic Four and killed off Wolverine to spite Fox.

Well, now Fox Marvel is no more and the characters are all owned by Disney, so with the Fantastic Four also coming to the MCU, we see Feige made the decision to go in a different direction with Ms. Marvel than the comics, which also had to do with a feud with then-Marvel CEO Ike Perlmutter whose Marvel TV was behind that awful IMAX ABC Inhumans series.

It's even rumored that Ms. Marvel will have a magic bracelet in the Disney Plus series which gives her the powers, again similar to Green Lantern using a ring, but instead of green, Ms. Marvel's powers will be purple.

What is unclear is whether anyone who uses the bracelet will then have those powers, as in the comics, Kamala Khan's powers are a part of her (much like being a mutant).

So if Ms. Marvel gets her powers from a family heirloom, Marvel runs into the problem of allowing a teenager to use something that is akin to a weapon of mass destruction (Iron Heart faces the same dilemma). The difference between a character like Iron Heart and someone like Spider-Man, is that Spider-Man has innate powers while Iron Heart steals and is allowed to use Iron Man tech for some reason (which makes absolutely no sense; again why would an Avenger/adult allow a child to use such a weapon???).

Back in May, YouTuber Grace Randolph reported how Ms. Marvel would have Green Lantern powers:

I'm hearing that Kamala Khan will not have her embiggen powers stretchy powers or whatsoever but she will instead be basically a purple Green Lantern, as you've heard a couple other scoopers reporting. I was the first to bring it up but at the time I was sworn to secrecy but now because some scoopers have unearthed it, I can tell you a little bit more, so I can confirm the purple Green Lantern thing, and by the way, that would allow her to have her famous big fists, they'd just be made of purple energy which I think could still work.

But I can go one further and give you some new information that you haven't heart anywhere else and that's the ability, these powers, this purple Green Lantern power, comes from that bracelet. Now in the comics, the bracelet is actually a family heirloom and a nod to her heritage and has nothing to do with her powers, but on the Disney Plus show she'll find that bracelet and that's what will give her her powers and start her on her journey. Whereas in the comics, she discovered she was an Inhuman when the Terrigen Mists went over the whole planet and it was a big thing but Kevin Feige hates the Inhumans because he hates Jeff Loeb.

So yes, she's not an Inhuman and unless they change it in post, she's not a mutant, either, and that's all I can say for now. As for ditching her stretchy powers, it's likely not just because they would be very expensive to do, although they do spend a lot of money on Disney Plus shows, but because Disney already has Mrs. Incredible aka Elastigirl, and Mr. Fantastic is quickly approaching, as Kevin Feige officially announced the Fantastic Four movie, and its director, Jon Watts, from the Spider-Man films. 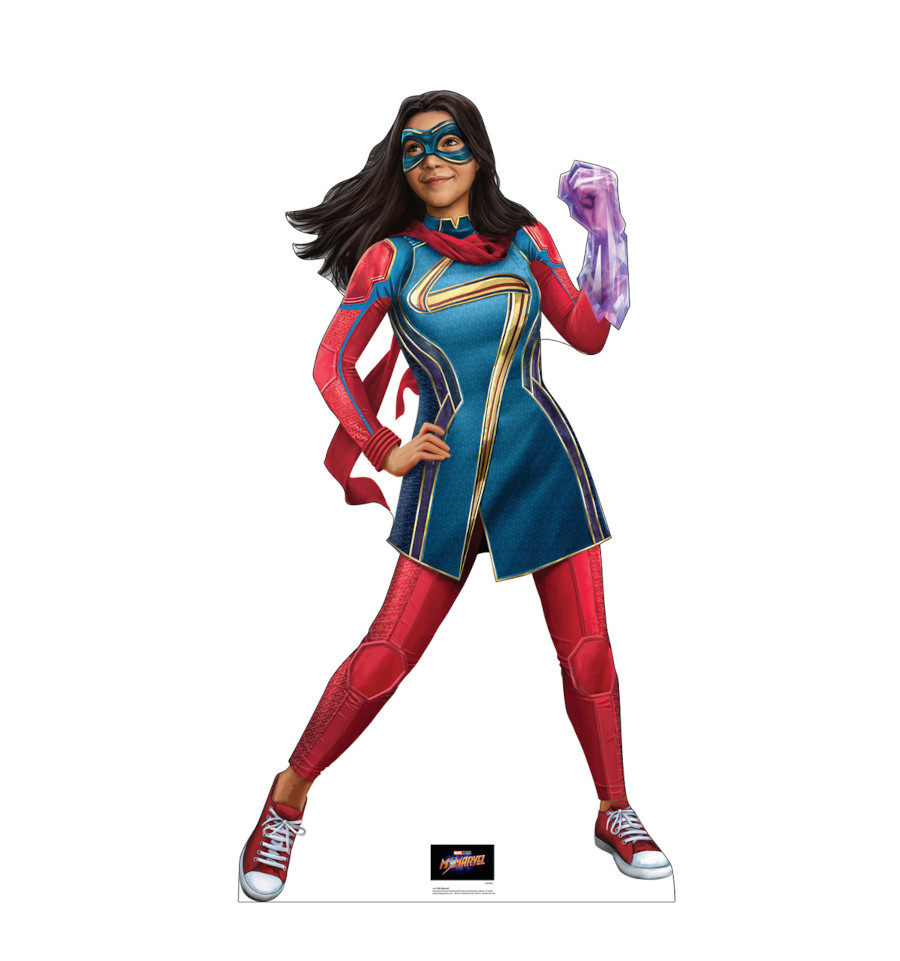