Marvel Studios finally confirms that Oscar Isaac will star as the titular character in the upcoming Moon Knight series coming to the Disney Plus streaming service.

It's been known for a while that Oscar Isaac is playing the character as the actor has teased Moon Knight and has been spotted on set.

Oscar Isaac confirmed the casting by posting on his production company's Instagram account, Mad Gene Media, with, "WE ARE MOON KNIGHT."

As Marvel.com notes, "the actor confirmed his role in the upcoming Disney Plus series, with a glimpse at what he’s been doing for the past few months — diving into comics."

The series also stars Ethan Hawke who is said to be the lead villain, with May Calamawy also cast in the show.

Egyptian filmmaker Mohamed Diab is the showrunner with Justin Benson and Aaron Moorhead directing episodes of the series. 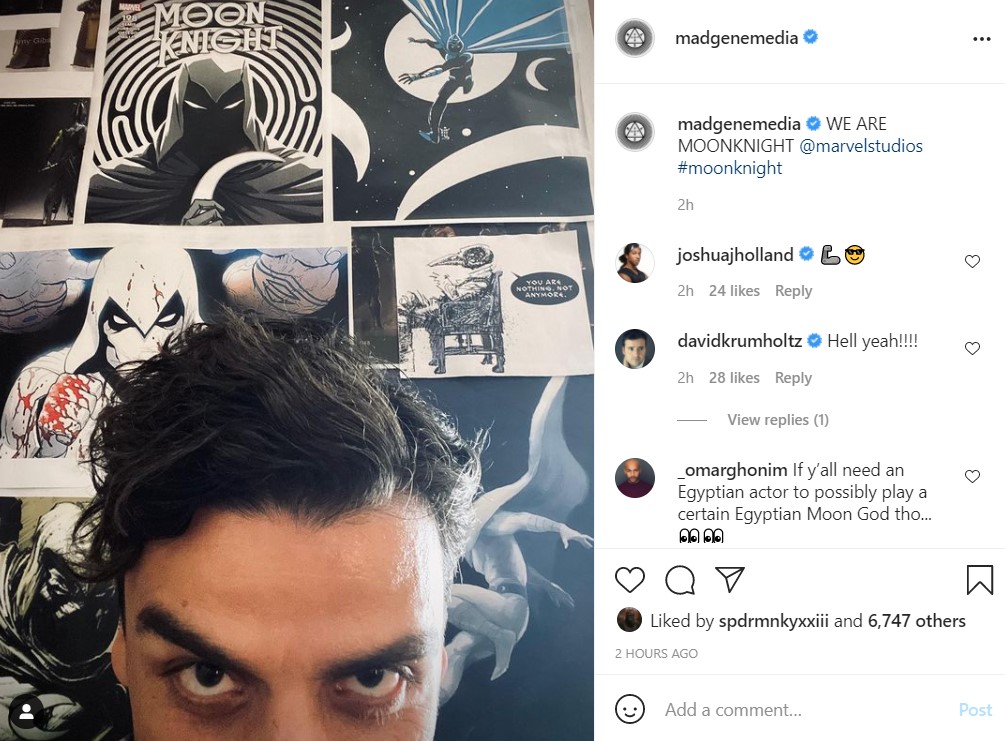 Moon Knight centers on the character Marc Spector aka Moon Knight, a complex vigilante who suffers from a dissociative identity disorder. These multiple identities who live inside him are distinct characters in the series and will appear against a backdrop of Egyptian iconography.

At December's Disney Investor Day presentation, Kevin Feige described the series as: "Bringing a whole new different vibe to the MCU, Moon Knight is an action-adventure Indiana Jones-type story coming to life as a Disney Plus series directed by Mohamed Diab. The character Moon Knight is a complex vigilante who suffers from dissociative identity disorder, and these multiple identities that live inside him are very distinct characters in the series. The backdrop of our story is incredible Egyptian iconography. Egyptology is something the world has always been fascinated by, and we are going to tap into it in a fun and bold way in Moon Knight."