Kevin Feige cancels another Marvel show on the Hulu streaming service after only one season.

Marvel's MODOK has been canceled at Disney's Hulu streaming service after only one season.

The news really isn't that surprising as MODOK was from now-defunct Marvel TV under Jeph Loeb who didn't get along with Kevin Feige, so when Feige took over Marvel, Feige shut down all of Marvel TV and canceled just about all the shows which also included the Marvel Netflix shows such as Daredevil to launch Marvel on Disney Plus.

Recently also saw Helstrom canceled after one season, and the Howard The Duck and Tigra & Dazzler animated series and live-action Ghost Rider didn't move forward; apparently, Hit-Monkey is sticking around.

And similar to Disney Plus, Deadline also notes the Marvel brand isn't that strong on Hulu as it's mentioned: "Hulu has struggled to find success with its properties from Marvel, which is one of the main brands on Disney+, the Walt Disney Co.’s flagship streaming platform."

Wall Street analysts and data have offered more of the same in that both the Marvel and Star Wars brands are not building subscribers for Disney Plus, so Disney needs to expand its content.

MODOK is now rumored to make a live-action debut in the MCU with Jim Carrey rumored for the role.

Got to work with the best writers, a dream voice cast, and @Marvel let us run amok in their toy box. Another great experience. Forward! https://t.co/TjOMuQ1Kfr 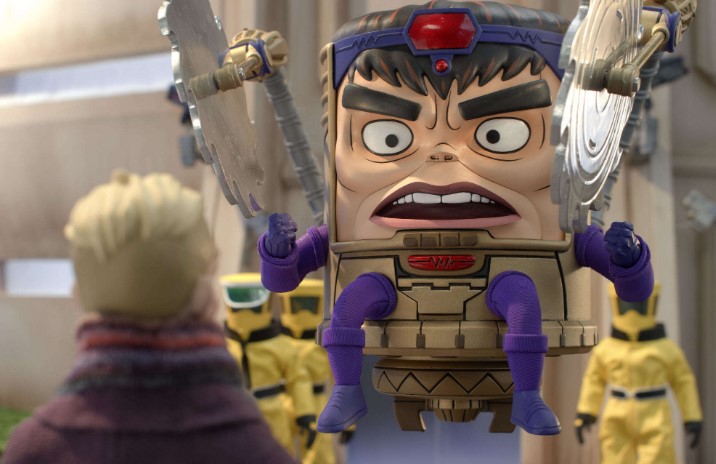 In “Marvel’s M.O.D.O.K.,” the megalomaniacal supervillain M.O.D.O.K. (Patton Oswalt) has long pursued his dream of one day conquering the world. But after years of setbacks and failures fighting the Earth’s mightiest heroes, M.O.D.O.K. has run his evil organization A.I.M. into the ground. Ousted as A.I.M.’s leader, while also dealing with his crumbling marriage and family life, the Mental Organism Designed Only for Killing is set to confront his greatest challenge yet!