Marvel's Hawkeye finishes its quick six-episode season this week where I'm embarrassed for the MCU after watching this mess of a show.

From the plot to the "martial arts" (if you want to call it that) to the over-the-top goofy action, I can't help but think Hawkeye is nothing but a kid's show, but that would be insulting to every kid worldwide.

It's really no wonder that Marvel can't bring in any subscribers for Disney Plus as all the shows lack quality writing, have a budget pretty much on par with The CW, and seem dumb-down and aimed at the lowest common denominator of MCU zombie fans (TG there aren't many of them).

I had slight hope for Hawkeye after watching Episode 5, which I thought was pretty good, but the final episode featured way too much over-the-top "Kevin Feige" goofiness -- much like the Black Widow and Shang-Chi movies, both big bombs at the box office.

Regarding the plot, Kate Bishop attends a party and puts on the Ronin costume to hide her identity, which Renner sees on TV and goes after. Okay.

So Renner, a trained assassin and an Avenger, teams up with some wannabe twenty-something socialite, tells her she is the bestest ever, and then, of course, the series ends with Renner telling her to use the Hawkeye codename (FYI: Ladyhawke is a cool name and comes from classic 1985 fantasy movie of the same name).

And they get help from cosplayers.

We're also never shown that Kate Bishop has trained, only shown it in some lazily-created montage at the start of the series and that she has some trophies for archery and fencing from when she was a kid. Archery and fencing? Feige must think very lowly of his fanbase as archery and fencing is a complete joke: They're sports and not any form of Martial Arts (there are no rules in martial arts, which should tell all you "sport" martial art "practitioners" something). 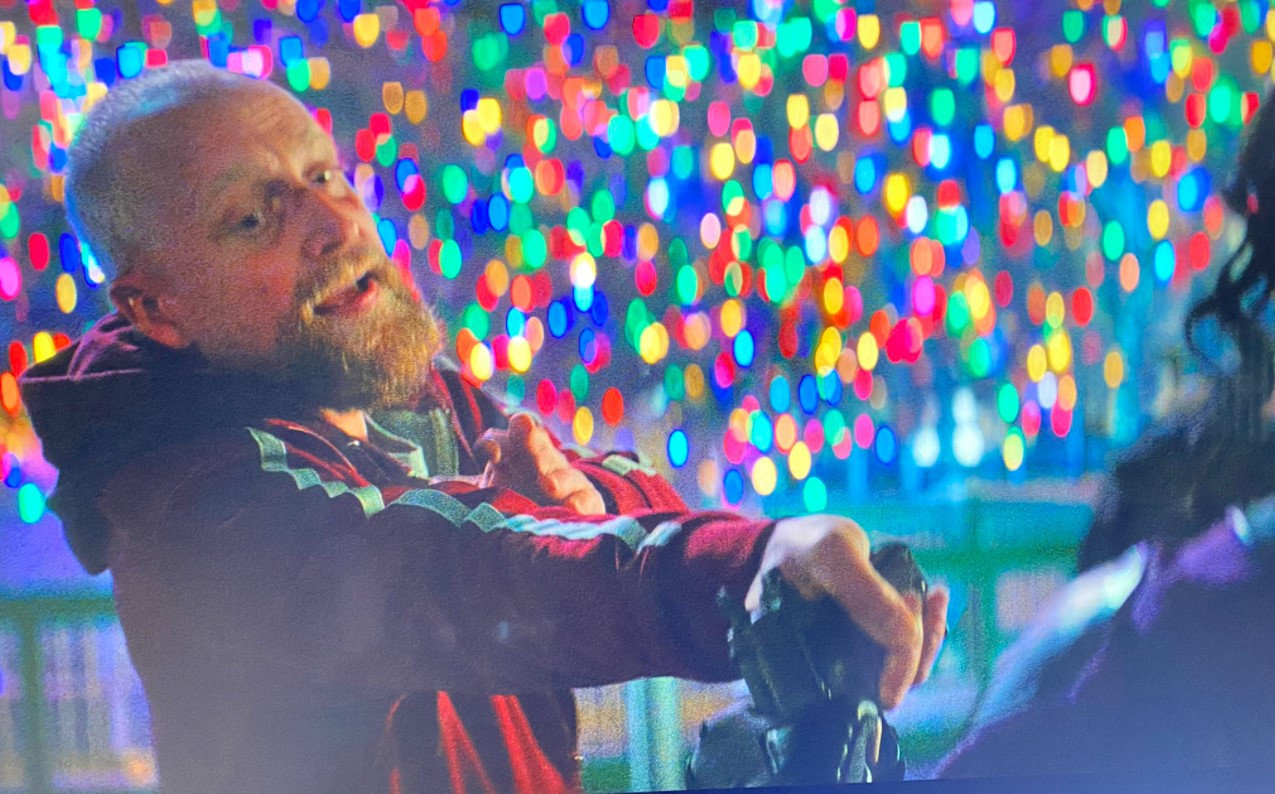 Speaking of martial arts, I am utterly embarrassed for whoever choreographed the fight scene in the season finale where Kate Bishop defends herself from a gun as seen here and whoever is responsible should be ashamed of themselves.

Second, when performing the technique correctly, you NEVER, NEVER let the gun be pointed at yourself! Wow. I'm aghast this was allowed, but it's just more dumbing down nonsense that Feige and his crew thought his zombie audience wouldn't notice. If Kate Bishop performed this technique the way she did and the guy correctly had his finger on the trigger, she'd be dead. D.E.A.D. And even if he didn't have his finger on the trigger, you NEVER let the gun be pointed at your body!

I saw this same nonsense in Marvel's Daredevil in that goofy hallway fight scene when Daredevil was getting hit multiple times, got hit from a butt of a gun on the chin, got up, and kept fighting. It's trash fight choreography taking advantage of the normies thinking they're clueless. Guess again.

Speaking of, I also thought the Kingpin vs Kate Bishop fight was atrocious. Why not try to choke the dude out who has the neck the size of a bus? Too easy, I guess. And what a way to waste Kingpin. Introduce him in the previous episode and then "kill" him off? I wouldn't have had Kingpin involved in any physical activity but kept him more in the shadows, that is assuming they want to continue to use him. I can't help but think Feige is laughing at all of his zombie MCU fans that demanded the Marvel Netflix TV characters become a part of the MCU.

Oh, when Kate fell out the window, she was going way too fast and would have been splat. But I think she did a "Black Widow" superhero landing (you know, the one they made fun of in her own movie), so you can survive from that. Sure.

The Kate and Clint fight on the ice versus a thousand Kingpin goons was just way too unbelievable, and let us thank George Lucas for lending his Stormtroopers to Feige for the Hawkeye series as all the bad guys in the show had the same accuracy while shooting, yet of course, Clint and Kate were spot on with their bow and arrows (are the Ultron bots next?).

I will say I did really like Echo, but go figure because she is getting her own series, and I do really like Yelena, but again, that last Yelena vs Kate fight scene was really awful, as was their back and forth dialect. Just cut the goofiness.

Is it too much to ask for something badass and intelligent from Marvel? Maybe.