It’s been stated that billionaire Marvel CEO Ike Permutter put the kibosh on the Marvel Comics Fantastic Four comic book as a result of a feud with Fox Studios over the movie.

Well, it seems Perlmutter – or Marvel – really dislikes the idea of the reboot.

Check out pages from Punisher #12, which obviously features the likenesses of the Fantastic Four cast of Miles Teller, Jamie Bell and Kate Mara.

To add to that, their friend Michael, who is playing a character named Johnny, is late – and then the building explodes!

Michael obviously being a reference to Michael B. Jordan who is playing Johnny Storm aka The Human Torch.

And some say the fanboys are crazy?! 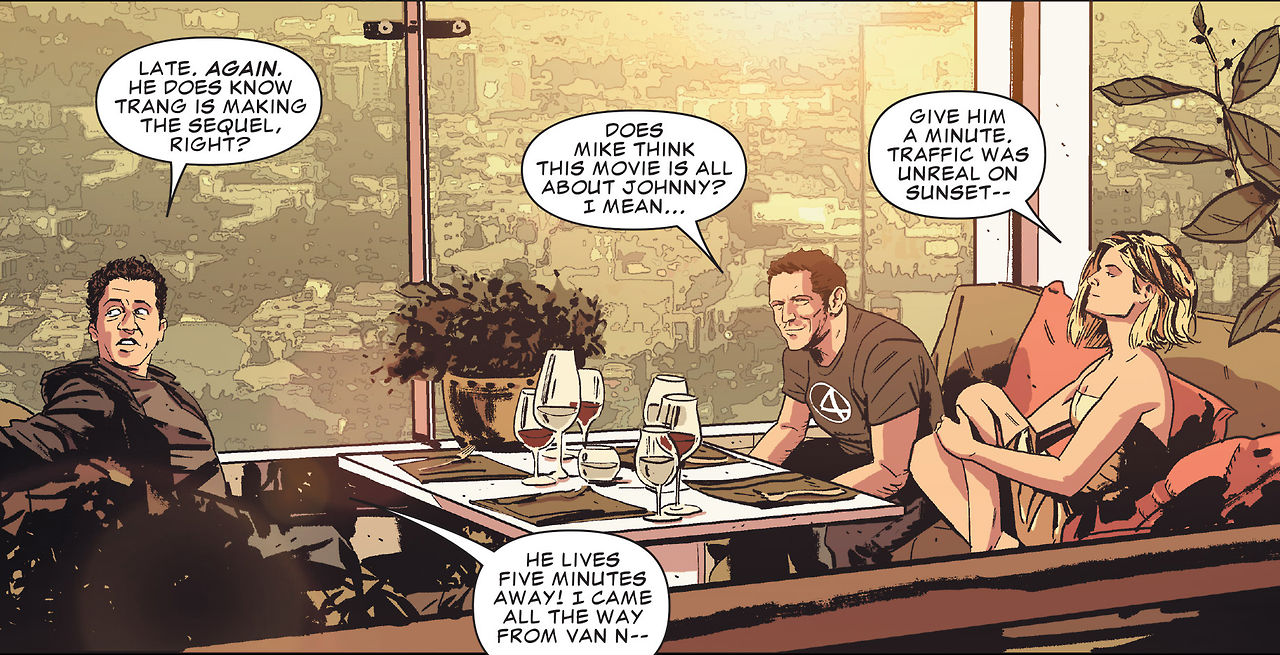 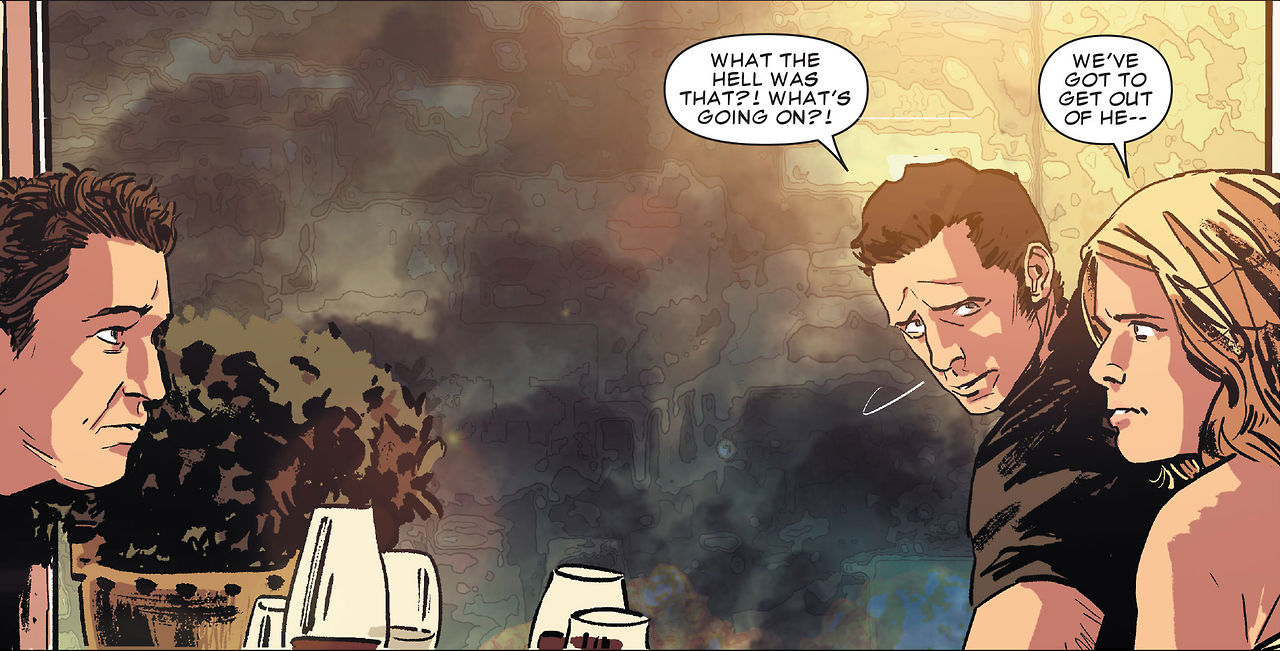 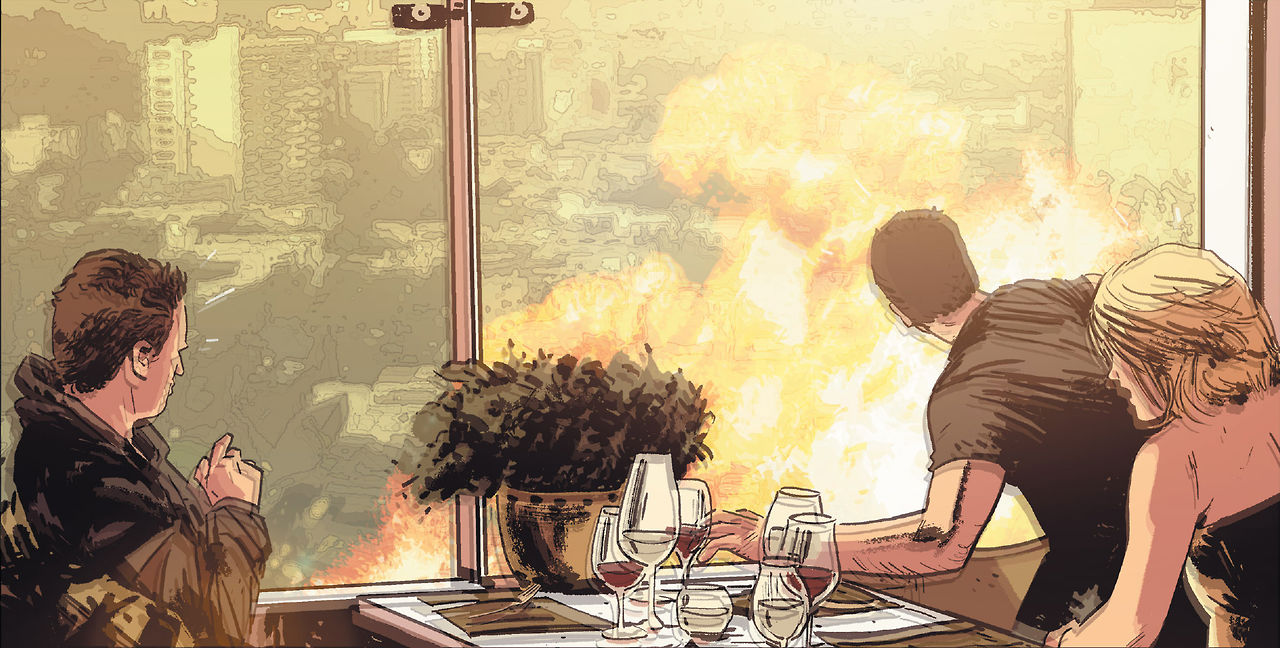 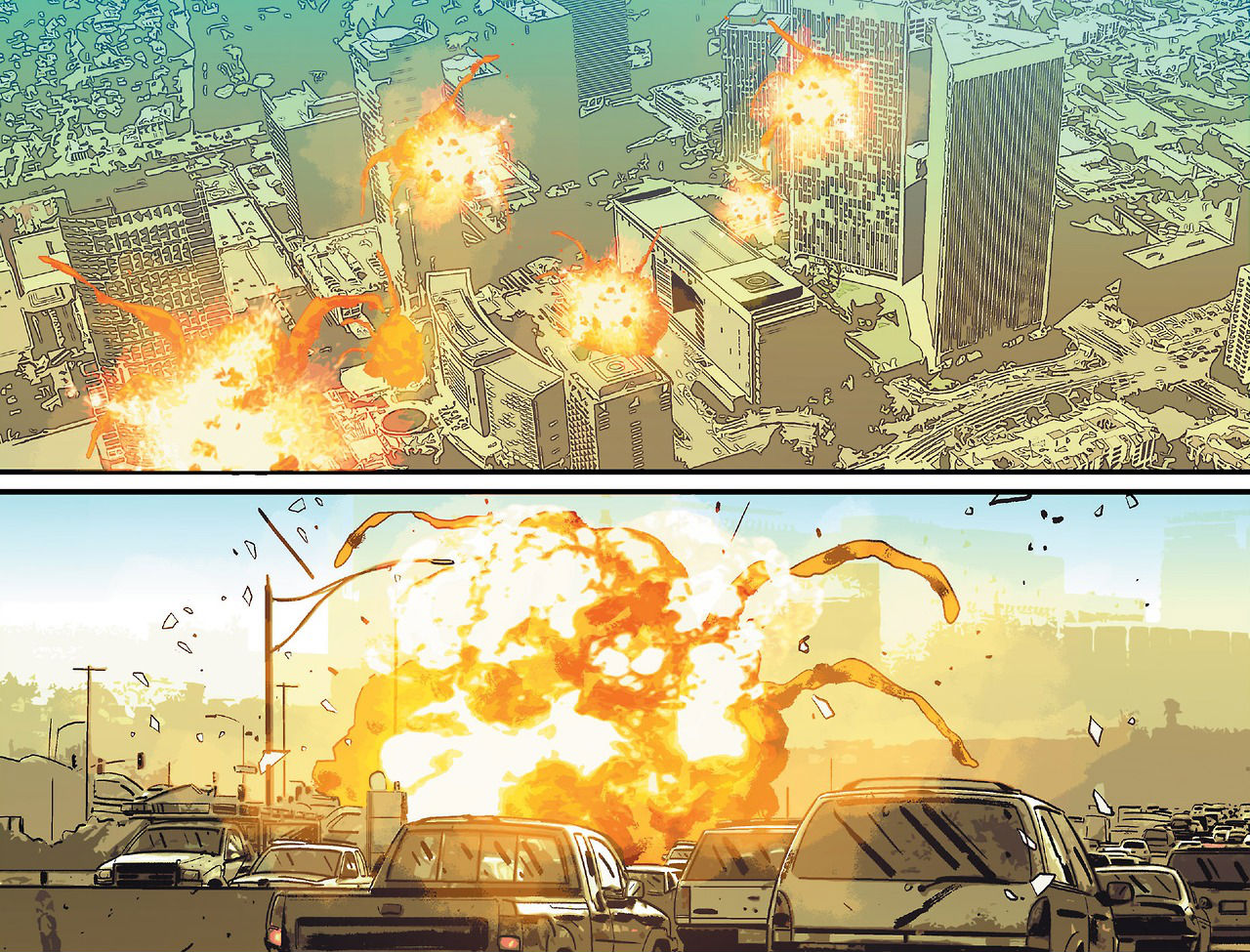 .@LeoReynaJr you’ve misinterpreted the scene. We put in cameos and I’m looking forward to the movie.

@nathanedmondson @Marvel Thanks for killing off the cast to the F4 reboot/clusterf— . If only you did it BEFORE it was filmed.