Last month saw Disney through Vanity Fair release the first images for Star Wars: The Rise of Skywalker which happened to feature a bad photoshop job of Mark Hamill as Luke Skywalker with R2-D2.

The image was ripped from an earlier Vanity Fair image from two years ago or so and features Luke Skywalker posing wearing a glove and robe. A seen below, the glove and robe are the same in both images, with the size and color of the robe tweaked a bit.

It also turns out that is not the only thing wrong with the pic as Mark Hamill took to Twitter to have a laugh at the image, which happens to feature R2-D2 at the wrong scale. So basically what happened is Disney used the image from two years ago, manipulated it a bit, added the wrong-sized R2, and released the image as promotion for Star Wars: The Rise Of Skywalker.

THEN vs NOW:
Have I been growing taller over the years or has R2D2 just been shrinking?
YOU DECIDE! #LargerLukeTheory #DiminutiveDroidTheory pic.twitter.com/C2n12YV8Hr

It’s probably safe to assume the scene isn’t in the movie, or that if it is, it means they photoshopped Mark Hamill and Luke into the flick, which actually wouldn’t be too surprising.

Star Wars: The Rise of Skywalker has a December 20 release. 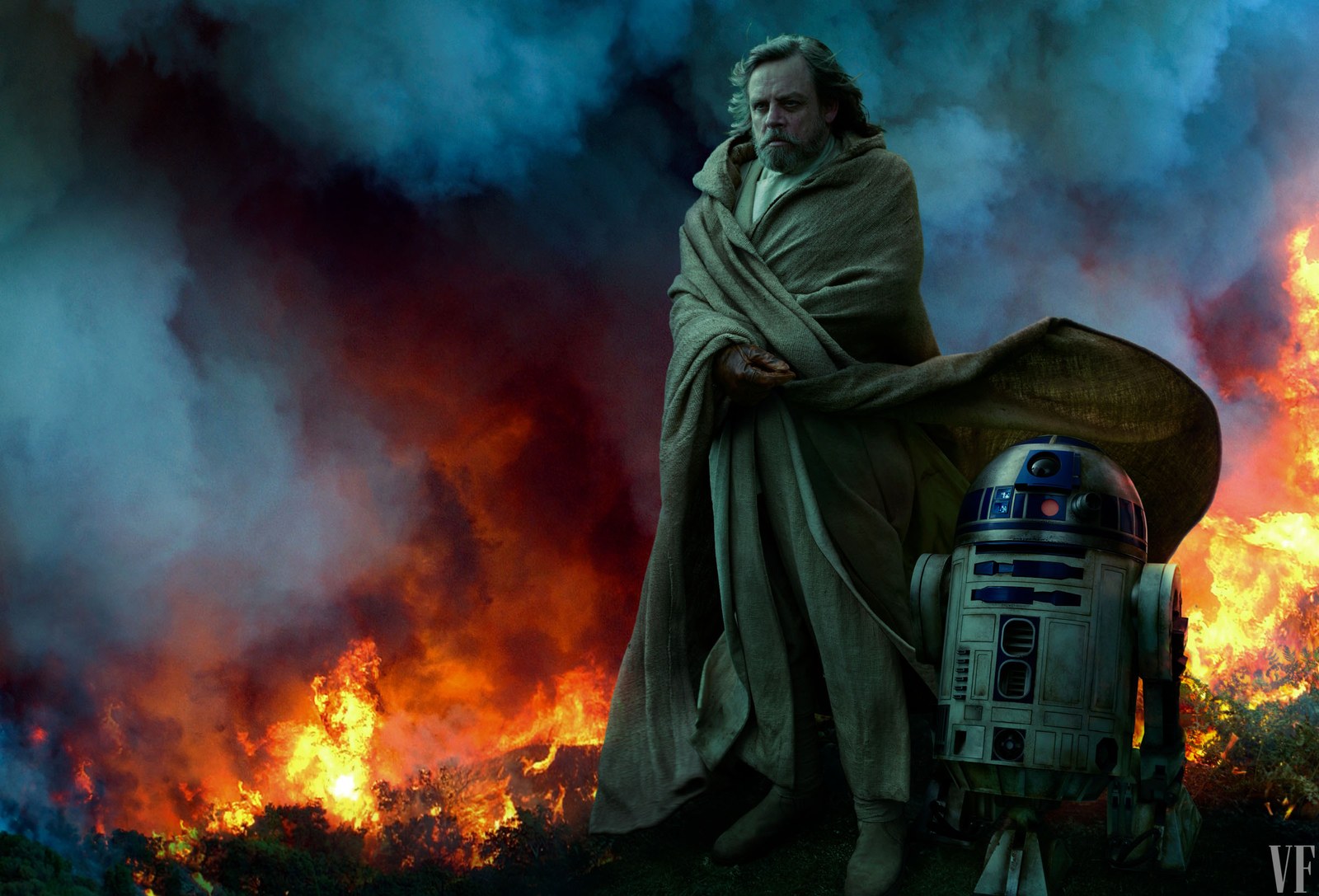 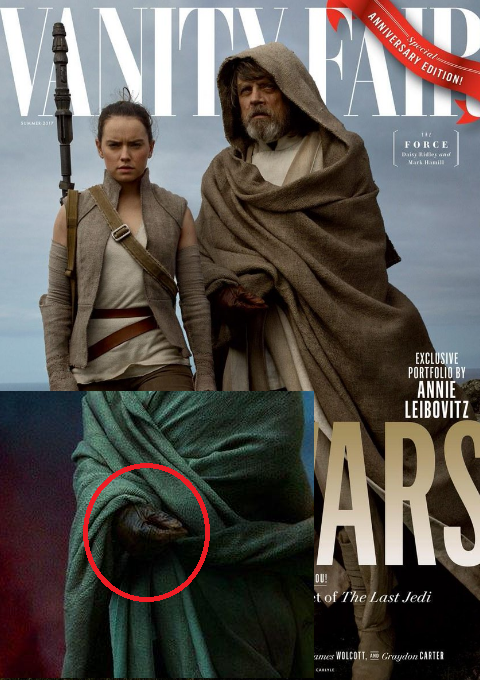