A Man of Steel alternate ending is revealed by writer David S. Goyer that sounds like it would have been a lot better for Superman.

The theatrical release of Man of Steel came with controversy as hardcore and longtime fans of Superman didn’t like all the violence in the movie as well as the Pa Kent death scene and Superman killing Zod at the end of the movie.

While participating in Comic-Con At Home, Goyer revealed they came up with a different ending which would have seen Zod frozen in space (via Collider):

The idea was that Superman would – there was one of those sort of cryopods on the ship that ends up becoming the Fortress of Solitude that he’s able to put Zod back into and then throw out into space. We did talk about it and maybe some people would’ve been happier with that, but it felt like a cop out for the story that we were telling.

Zack Snyder actually mentioned the scene in passing back in 2016 when he laughed and rolled his eyes at the notion of freezing Zod and sending him to space:

And I didn’t want to [rolls eyes] freeze [Zod] on ice and shoot him into space. I thought that was boring [laughs].

So instead of freezing Zod, Snyder’s brilliant idea was to use Zod’s body as the origin of his version of Doomsday in Batman vs. Superman, which also came with controversy? Yikes.

It’s disappointing to hear as the alternate ending to Man of Steel described by Goyer could have eventually led to the return of Michael Shannon as Zod down the road in another Superman or DC movie, as Shannon was an epic villain in the role.

All the violence and the ending with the Zod death is also said to be the reason why Man of Steel 2 was never greenlit, as while the Man of Steel box office started off super and there was initial talk of a sequel, the box office ended up petering out and didn’t make a billion dollars like some WB execs wanted it to. 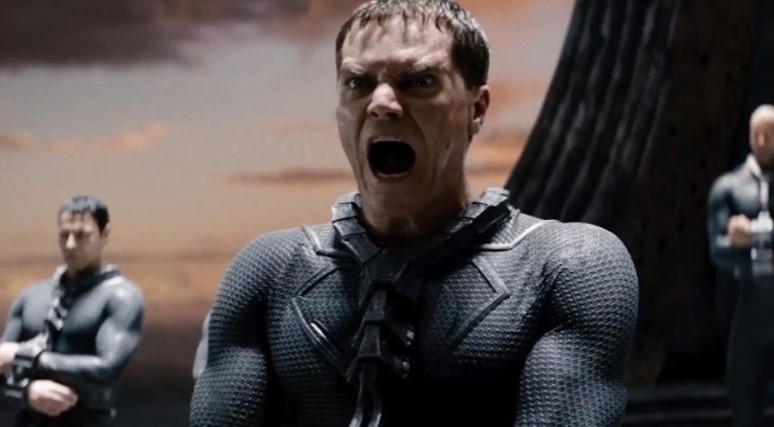 Superman killing Zod in Man of Steel is questionable

Goyer did end up defending their decision to kill Zod while participating in the Comic-Con At Home panel:

[Superman is] not aware of the extent of his powers at all. He’s finding somebody who’s said, ‘I won’t stop,’ who’s said, ‘You can’t put me in a prison I won’t ever stop’. We wanted to put him in a stalemate. He was in this terrible position and then afterwards he vowed that he could never do it again. It didn’t come out of anger – he was forced into it – but that was the one.

Goyer also revealed a scene not featured in Man of Steel that involved the topic of death with a Pa Kent and young Clark scene:

Zack Snyder was also recently forced to defend his questionable version of Superman as Grace Randolph recently described it as an “Evil Superman,” which Snyder said he didn’t agree with:

The good news is that in the Snyder Cut of Justice League, Superman seems to be more hopeful and inspiring.