Kevin Smith returns to the San Diego Comic-Con as he will be the host of the IMDB boat party, which includes the cast of Marvel's Agents of SHIELD, The Walking Dead, Avengers: Endgame directors Joe and Anthony Russo and more.

Check out the full announcement below.

The other day at an @imdb pre-shoot for @comic_con, I got to gush at @therussobrothers about how deeply I love their movies. @avengers #infinitywar and #endgame are two amazing flicks I’ll never forget, but more importantly? I’ve been in the movie biz for 25 years now, so I know how the sausage is made, so to speak - maybe not on the scale of a @marvelstudios joint, granted, but ultimately, a film’s a film. Movies were once magic to me - so magical, I dreamed about making them my life. And my dream came true! But I always imagined the trade off of that dream of being a filmmaker (even one who only makes Kevin Smith flicks) was that I wouldn’t feel the magic the way I did as a kid, because now I knew how the Magicians make their tricks work. But then came #therussobrothers - talented and passionate storytellers who dug the same goofy characters and stories that I loved as a kid. So when they make these @marvel movies and treat them as seriously and as lovingly as they do, I enter the theater and I’m no longer a filmmaker (though most critics will tell you I wasn’t a filmmaker *before* I entered the theater): I’m just a movie fan once more. Those Marvel masterworks make me feel like I’m a kid again - the kid my Dad took to the movies every Wednesday for a $2.00 matinee. I feel about these movies how I felt about @starwars and #raidersofthelostark when I first saw them eons ago, my Dad at my side. I loved #wintersoldier and #captainamericacivilwar and Infinity War and Endgame because they not only dialed my clock back and made me feel young and happy - those movies are so good, they bring my Dad back to me for a couple of hours. It’s like he’s right there next to me at the Marvel movies, waiting until after the flick ends to ask me who everyone was and talking about the best scenes on the drive home. That’s a precious gift, man. The Russo Brothers go beyond being great directors: the Russo Brothers are an emotional time machine. Thank you, Boys! It’s been wonderful to feel like my Old Man can still take me to the movies... #KevinSmith #joerusso #anthonyrusso #marvel #imdb #imdboat #marvelstudios 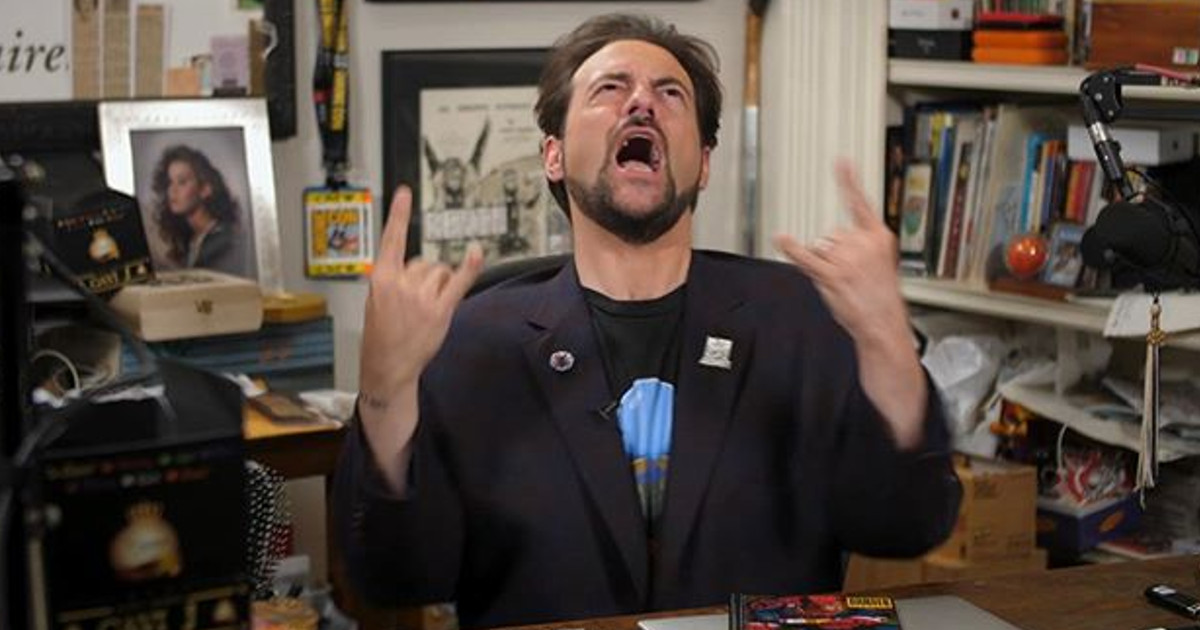 For the fourth year in a row, The IMDboat will again serve as a floating video and portrait studio and a must-stop destination for talent, industry VIPs and fans. The boat will be docked at Fifth Avenue Landing, immediately behind the San Diego Convention Center, and opens to invited guests and lucky fans on Thursday, July 18. From the public boardwalk, fans can view the massive LED screen located on the back of the IMDboat and watch live as Kevin Smith interviews leading celebrities.

IMDb events and coverage on and around the IMDboat at San Diego Comic-Con include the following highlights: