Leave it to Josh Brolin to call it like he sees it – and good for him for doing it – as the actor slams the Oscars for snubbing director Denis Villeneuve in regards to not getting nominated for Best Director for Dune.

Watch the video below where Josh Brolin brings up the point that it makes absolutely zero sense that Dune has been nominated for ten Academy Awards, but Denis Villeneuve did not get a nomination for Best Director.

“It’s just one of those things that you just go, ‘Huh? What?!’ I don’t know how you get 10 nominations and then the guy who’s done the impossible with that book doesn’t get nominated,” said Brolin. “It makes you realize that it’s all amazing and then it’s all f-ing totally dumb. So, congratulations for the amazing accomplishments that these incredibly talented people have been acknowledged for, because it’s all really, really dumb.”

What is interesting is that Dune has been nominated for Best Writing (Adapted Screenplay) where Villeneuve is a part of the writing team, so he could win an Oscar there, but again, snubbing Denis Villeneuve for Best Director is just wrong.

For the record, up for Best Director includes Kenneth Branagh for Belfast; Ryusuke Hamaguchi for Drive My Car; Paul Thomas Anderson for Licorice Pizza; Jane Campion for The Power of the Dog, and Steven Spielberg for West Side Story.

Below you can also check out Denis Villeneuve’s response to Dune getting 10 Oscar nominations, and the movie is also back in theaters with tickets now on sale (great film) and the sequel is in the works.

From Denis Villeneuve to @TheAcademy and everyone involved in the making of #DuneMovie: Thank You. pic.twitter.com/ITgvCBgfL5 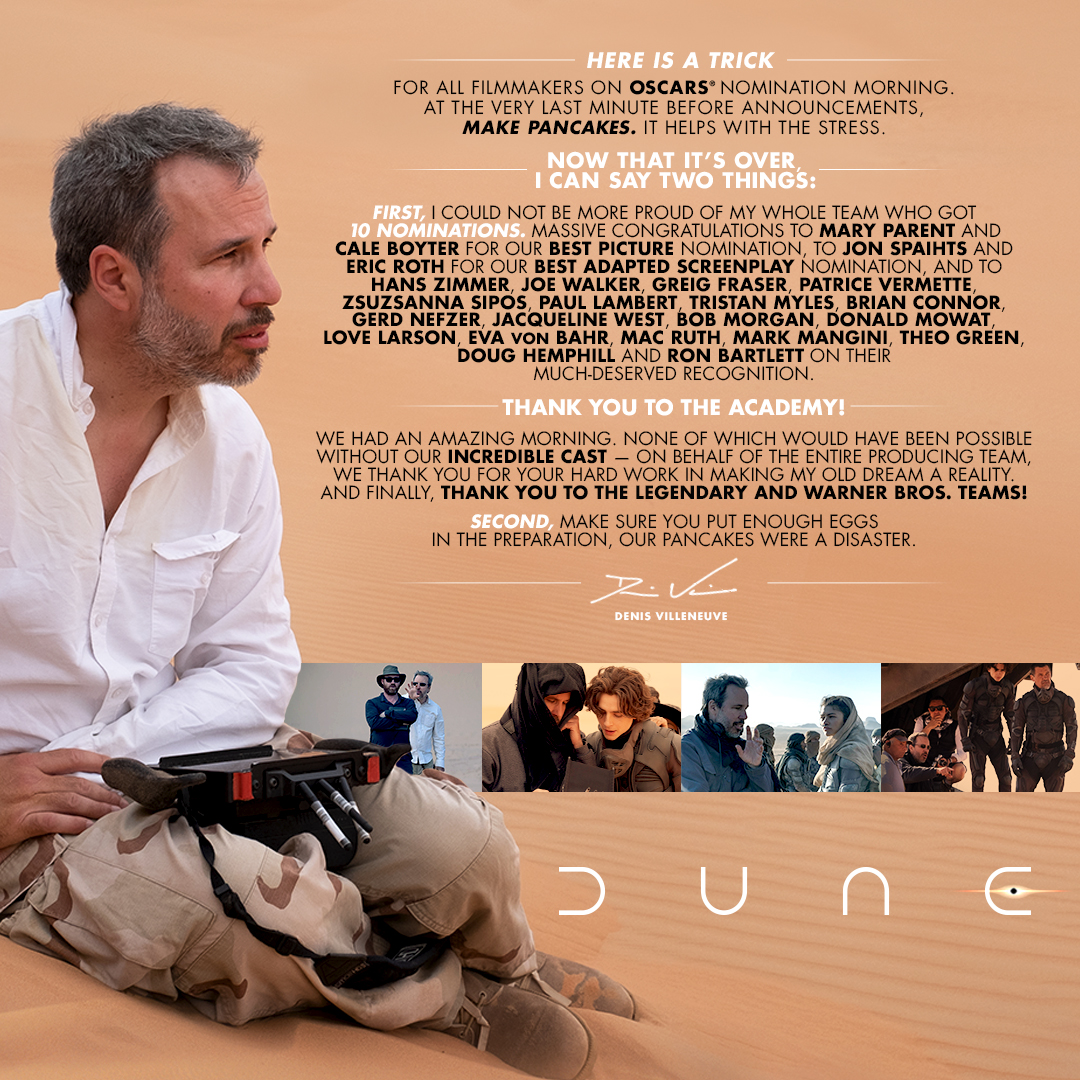