Lionsgate has announced a John Wick live watch party is behind held on Friday hosted by Jamie Lee Curtis and released a new behind-the-scenes video from the flick featuring new footage.

“The switchboard has reopened. Your head start begins now with this never-before-seen footage,” said the text about the first video (watch below).

A second text was sent out which included the link to the John Wick watch party: “Be aware an arrangement with Mr. Wick has been confirmed tomorrow at 6pm PST / 9pm EST. No reservation required.”

“Gotta have fun with this f’n movie,” Reeves says in the video. 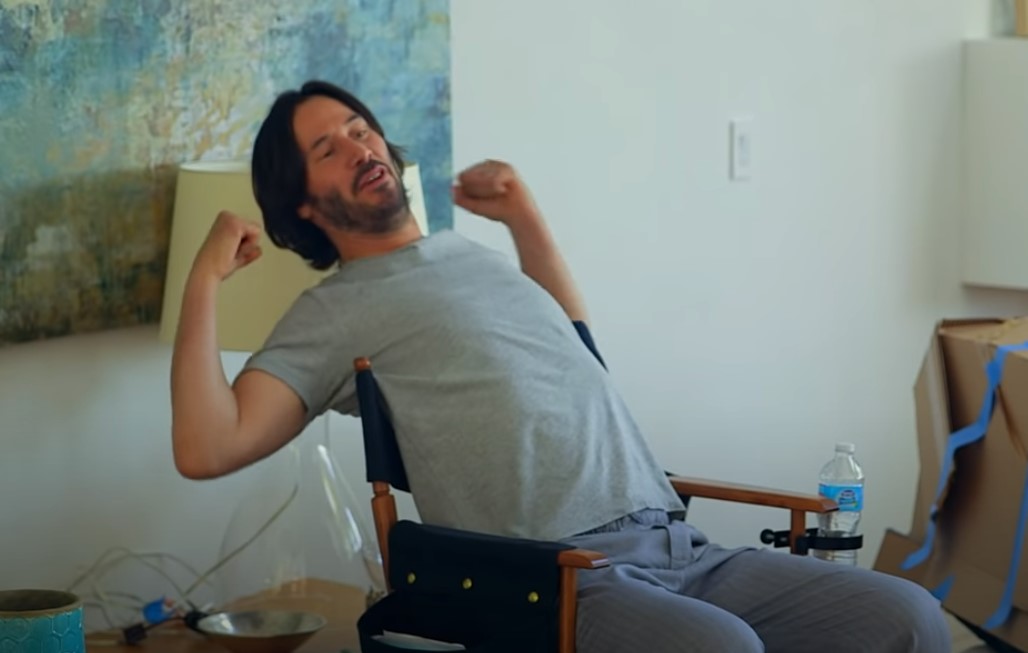 Regal also sent out details that the John Wick live stream will benefit the Will Rogers Pioneers Assistance Fund, which is currently providing financial assistance to theatre employees furloughed by the COVID-19 crisis.

Regal also sent over a link to the John Wick soundtrack on Spotify.

Keanu Reeves was recently filming John Wick 4 when the coronavirus hit and is currently delayed. Lionsgate also announced a new release date of May 27, 2022, Memorial Day Weekend. Keanu Reeves also will be filming The Matrix 4.

Lionsgate Live! A Night at the Movies will be hosted by Jamie Lee Curtis. Curtis will be joined by special guest celebrities and YouTube personalities. The free movies that will livestream on Fridays at 6:00pm PT/9:00pm ET are: May 8 – “John Wick” (age registration required) https://lionsgate.live/ – Donate Now! Most importantly, audiences everywhere will have the chance to join Lionsgate in showing support for the country’s temporarily jobless movie theater employees and how much we all appreciate and miss them. Lionsgate’s initial donation as well as the audience and partner donations throughout this event will benefit the Will Rogers Motion Picture Pioneers Foundation! The Will Rogers Motion Picture Pioneers Foundation is dedicated to helping workers throughout the motion picture industry and is currently providing financial assistance to theater employees furloughed by the COVID-19 crisis. If you would like to make a donation, please visit https://lionsgate.live/ or text DONATE to 91099.