John Cena appeared on Jimmy Fallon and showed up in full costume as Peacemaker, a DC character he plays in James Gunn’s upcoming The Suicide Squad movie, with an HBO Max spinoff in development as well.

The WWE superstar turned actor revealed that he is currently filming the Peacemaker spinoff and is on the set.

“This is actually Peacemaker’s house, and on the contrary Peacemaker is like the polar opposite of Bruce Wayne where Bruce Wayne would be a billionaire with a Batcave. I live in a single wide and this is my outfit. So it’s a bit of an interesting story and a bit of a new tale,” said Cena.

“I would say like a douchy bro-y Captain America,” replied Cena. 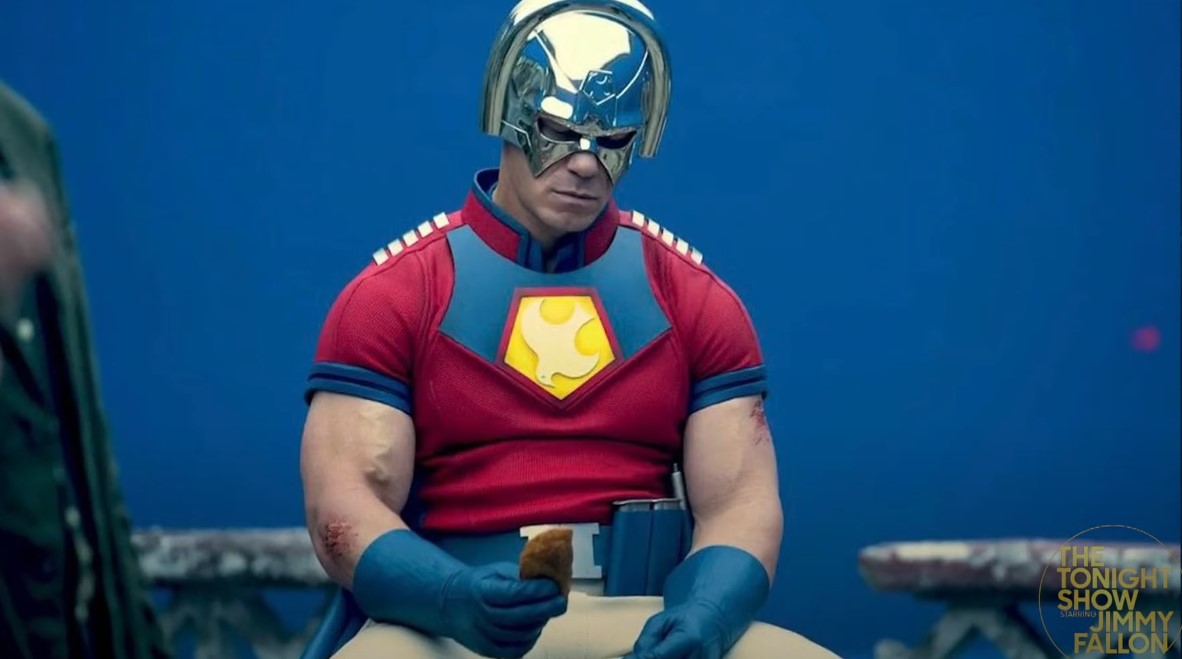 “Oh. man. The stunts were incredible and filming the movie was treacherous, but that right there is the face of defeat. That is me eating my 37th of 40 empanadas,” explained Cena. “We had to do this one big take because the horribly beautiful corrupted mind of James Gunn operates in so many intricate pieces, and he wanted this big, giant take where I thought it’d be cool to like, ‘Oh, it’d be funny to eat the whole empanada. Throw the thing over my shoulder, the guy catches it. It’s gonna be great! Everybody’s gonna think it’s awesome!’ I had to do it forty times and nearly ate myself sick, and you can tell by that picture I was not having a good day. That was my most difficult stunt in The Suicide Squad.”

Watch the videos below where Cena also says he will eventually return to the WWE.