With Captain Marvel taking to space early on during The Avengers: Endgame instead of helping out the heroes with their quest to find the Infinity Stones (you know, the most important task of the movie), and then returning from the cosmos during the third act, with Thanos having killed off half the universe, you would think that Carol Danvers would have brought along some COSMIC help with her, right?

That wasn’t the case, as Captain Marvel returned to Earth all on her lonesome (she doesn’t need help, she’s the most OP character in the MCU) and took out Thanos’ ship, but the question remains… just what if?

Seeing how Xandar was destroyed in Infinity War, what if Marvel Studios went with a Richard Rider Nova movie instead of going with Captain Marvel? Or what if Captain Marvel brought Nova along with her to take on Thanos’ minions in a brief cameo in The Avengers: Endgame, which could have led to a full-blown movie? Alas, Richard Rider is a white dude, so that probably wasn’t ever going to happen. 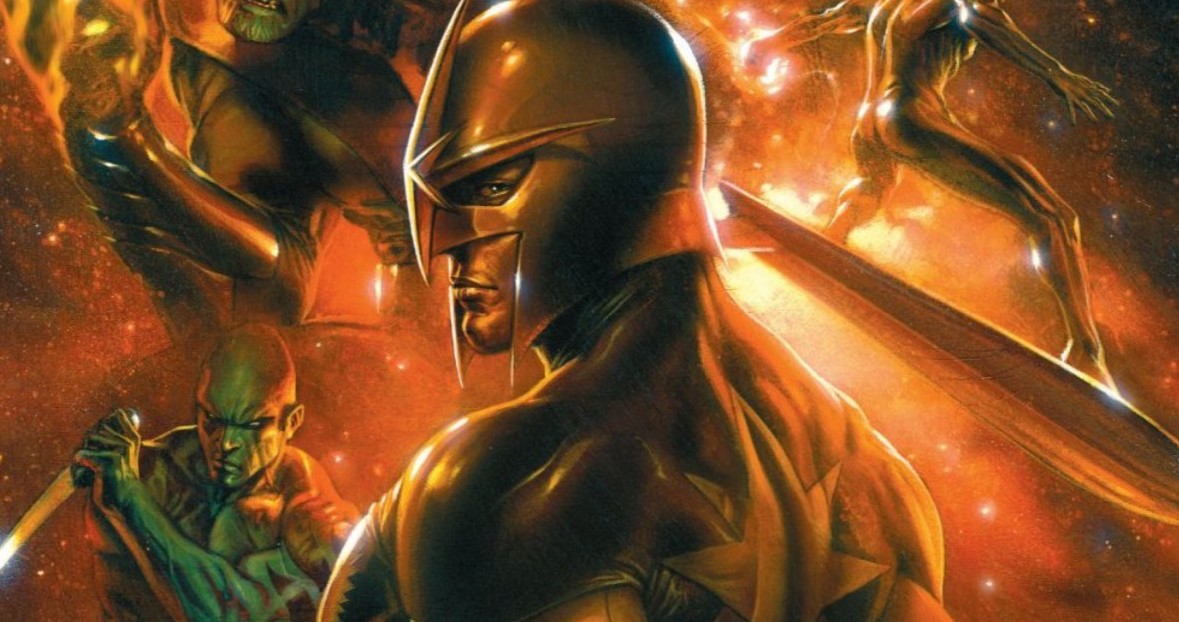 The Avengers: Endgame co-director Joe Russo tells the CBS television pop culture website they, sadly, never had any intention of using Nova. A further bummer comes when Joe Russo says he thinks Nova should be introduced by James Gunn.

“We never considered introducing him,” said Joe Russo. “I think that exists more in the Guardians universe. That would have to be a James Gunn thing.”

I had this conversation with my son, that when Doctor Strange showed and all the portals opened, they could have done a great fan service by including cameos from various characters, including Daredevil, Luke Cage, Jessica Jones, and Iron Fist, as well as Hugh Jackman as Wolverine. All they needed to do was include a split-second cameo of them coming out of the portals and running at the bad guys, but that didn’t happen as well (read the writers BS excuse for not using Daredevil).

Regarding adding Nova into The Avengers: Endgame, Joe Russo says they just had too many characters and that it would be hard to introduce a character who didn’t have their own movie (which sounds like why the Brie Larson Captain Marvel movie was shoehorned between Infinity War and Endgame, and also why Captain Marvel seemed out of place in Endgame, because it was forced).

“But again, we just had too many characters on our plate,” said Russo. “And you can’t introduce somebody who doesn’t have their own movie like [Captain] Marvel. You can’t just throw them into the final chapter of a book.”

I happen to disagree with Joe Russo in that, again, it wouldn’t have had to be a full-blown introduction, but it is his movie and his decision, and I can respect that. 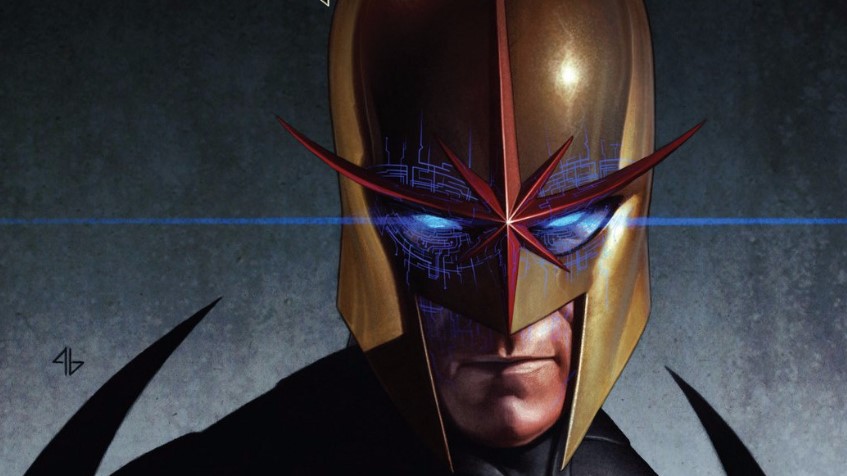 Regarding what he has to say about James Gunn is another matter, as I don’t want James Gunn anywhere near Nova who has been against Nova and hostile to Nova fans since he first started on Guardians of the Galaxy. Why would I want to see another one of my favorite characters ruined?

Prior to James Gunn coming on board Guardians of the Galaxy, the first script had Richard Rider Nova a part of the movie. However, when Gunn came on board he decided to rewrite the script and remove Nova, with his reasoning being he wanted Peter Quill Star-Lord as the only human character (half-human, technically). While Gunn did end up using the Nova Corps, he did a terrible job, as the characters, costumes and powerset were downright goofy, just like the rest of the movie, and Gunn has said numerous times he isn’t a fan of the character. 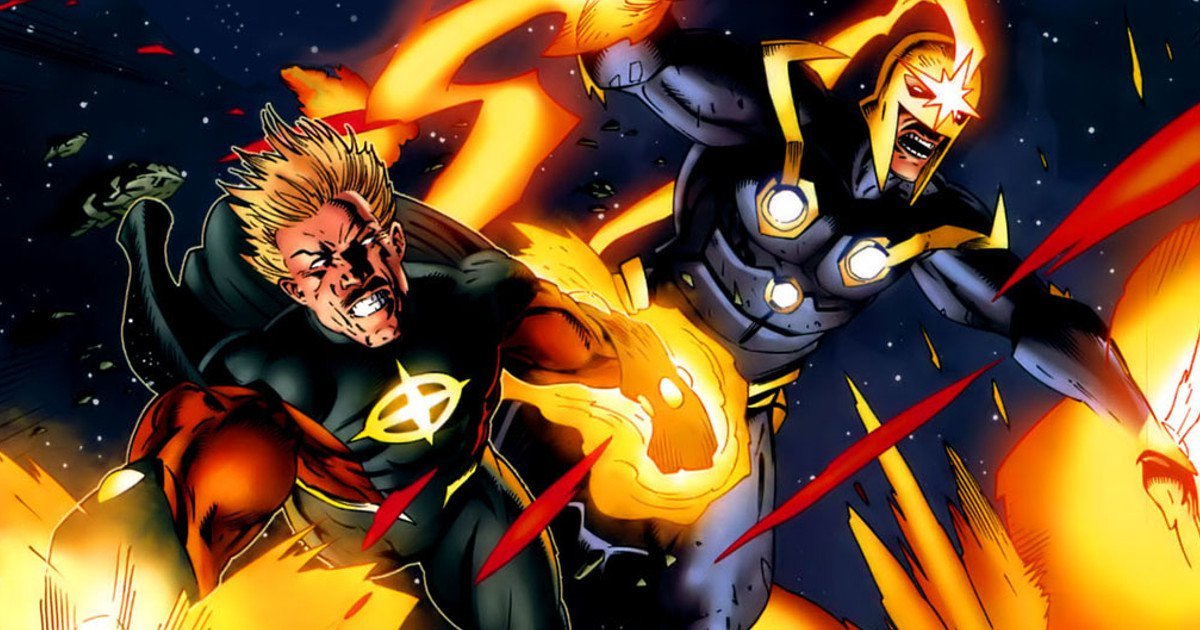 To be honest, following Captain Marvel and Avengers: Endgame, I don’t even want Nova in the MCU anymore. Feige is destroying the MCU with his PC BS SJW approach, which Gunn will probably follow up in Guardians of the Galaxy 3 (alien lesbian replacement Quasar is my guess so Gunn can show “the people” how the reaction to his tweets and dismissal from Disney weren’t warranted). Just imagine what Gunn will do with Adam Warlock? Ughh. Then think about what they with do with Richard Rider Nova? The Dan Abnett and Andy Lanning 2007 Nova series and the preceding Annihilation Marvel Comics event weren’t bastardized goofy depictions like the MCU, but intelligent military science-fiction stories. Nova is the lone survivor of an elite military police force and a combat veteran. Is James Gunn or Kevin Feige ever going to be able to do that? Hell, no. I’m content with Nova being in the Marvel Comics, assuming they don’t follow the MCU route.

Captain Marvel and The Avengers: Endgame (and Thor: Ragnarok and Guardians of the Galaxy) have confirmed that Feige and Marvel Studios don’t care about comic book movies or the comics, but only care about catering to the zombie audience in order to get the best bang for the buck, and I’ve lost all faith in Feige and the MCU in getting anything right. The approach works for Star Wars, right? #RIPMCU