Jessica Chastain Is The Joker For Halloween

How about Jessica Chastain as the Joker?

The actress who is known for her red locks posted an image of herself as the Clown Prince of Crime.

"Trying out some new makeup... who made this?!" Jessica Chastain posted on Instagram.

A female Joker isn't unheard of, as in the comics, Batman's mom actually is the Joker in an alternate reality that is created when Barry Allen goes back in time to save his own mother, which is known as Flashpoint. That reality also sees Bruce Wayne killed at a young age, with his dad, Thomas Wayne, going on to become the Batman. Aquaman and Wonder Woman are also at war, and Superman is captured before he has a chance to get raised by the Kent family and is kept out of the sunlight.

The Joaquin Phoenix Joker flick actually may have also set up a way to introduce a female version as the new movie seems to have set up the character to be an inspiration for Joker characters to follow.

Director Matt Reeves is developing The Batman starring Robert Pattinson so perhaps we will eventually seen another iteration of the Clown Prince of Crime. While rumors and speculation offer that the Joaquin Phoenix version is in the same universe as the Robert Pattinson Batman, Joker director Todd Phillips said that is not the case.

"No. Definitely not," Phillips responded questioning if he sees those worlds merging together. 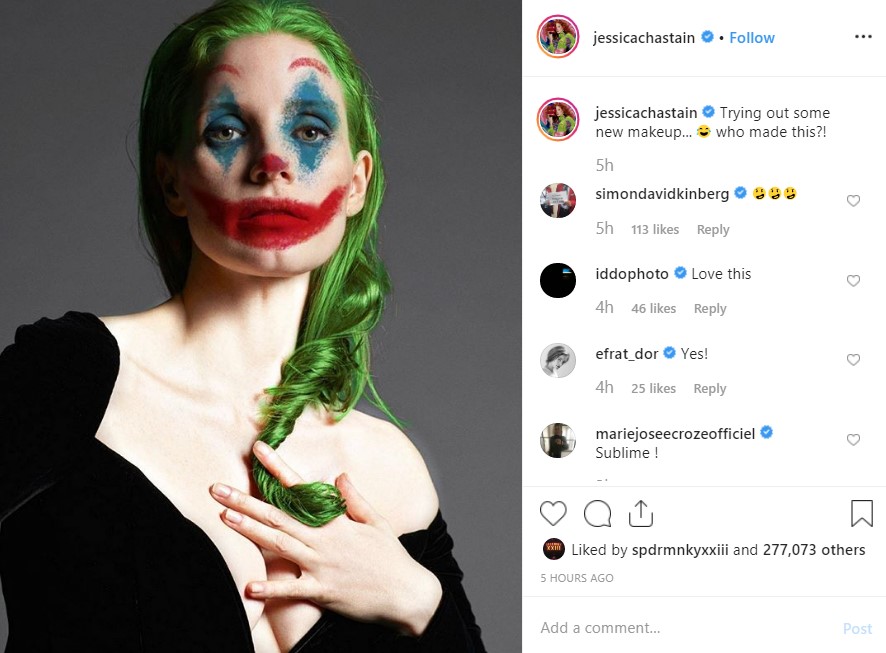 Flashpoint: Reverse Flash Rumored To Be Female
IT 2 Gets Jessica Chastain

The Batman: Bruce Wayne Gets Mugged
Flashpoint: Aquaman vs Wonder Woman Rumored
The Batman Filming Halloween and Funeral Scenes
The Batman: 'Huge Disaster' Coming To Gotham City
First Look At Robert Pattinson as The Batman
700kFollow us on Facebook 7.3kJoin our Facebook Group8.9kFollow us on Twitter 35.1kFollow us on Instagram 28kSubscribe on YouTube