In a new interview, Lex Luthor actor Jesse Eisenberg reveals that he never saw the theatrical release of Justice League, isn’t aware of the “Snyder Cut,” and never knew about the controversy surrounding the Henry Cavill Superman mustache.

Speaking with the Lights, Camera, Pod podcast, Jesse Eisenberg is asked if the Snyder Cut of Justice League exists, with Eisenberg having no clue.

“Does the Snyder Cut exist?” Eisenberg questioned. “Oh, I have no idea. I don’t understand… I genuinely don’t know. What are you referring to? Like a director’s cut? Oh, Justice League. Oh. Got it. No idea. I have no idea. No clue. Zero.”

Eisenberg does go on to confirm that he was in the post-credit scene, and he thinks some other scenes that he may have been involved with didn’t make it into the movie.

“I think I was in some other scenes, too,” Eisenberg said. “I guess they are not in the movie. I guess they turned it into an after the credit scene. But I have no idea, I really wasn’t around for that process.”

Eisenberg does say that he thought some of the stuff they were doing was amazing and that he actually read Chris Terrio’s script.

“I know some of the stuff they were doing was amazing,” Eisenberg said. “I’m friends with the writer, Chris Terrio, so I read his original draft. Yeah, there is stuff that is probably not in the movie, obviously. Because I haven’t seen the movie, that was there… Yeah.” 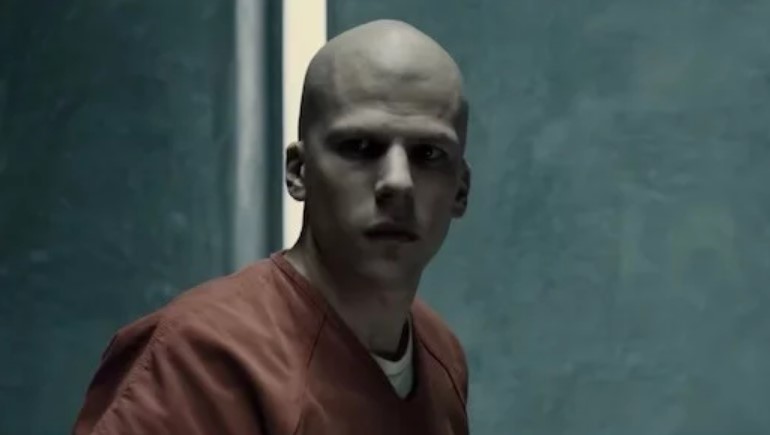 It’s remarked that Justice League was a movie that they spent millions to CGI out a mustache, but Eisenberg wasn’t aware of that as well.

“What?” Eisenberg said with a puzzled look on his face and then was shown an image of Henry Cavill as Superman minus the mustache compared to an image with the mustache. “Oh. Oh, wow. That is strange.”

Last month also saw Jesse Eisenberg basically confirm again that he is done playing Lex Luthor as he joked about the role, and back in July he offered more of the same.

“Do I have anything left on the table? No, never. No. But I loved it. I mean, I loved every moment of it. It was great. I would not have thought of myself for it. So, to me, it was all, like, house money I would call it,” Eisenberg said.

Current rumors offer that following the success of the Joaquin Phoenix Joker movie, a similar in tone flick for Lex Luthor might be in the works, possibly with Ryan Gosling.