Jeremy Renner has finished filming on the Hawkeye Marvel series for Disney Plus.

The actor who first debuted in the MCU back in the first Thor movie posted a pair of images on Instagram, with the second image from his Instagram Story revealing a battered selfie.

“Bravo to everyone @marvel @disneyplus, our entire crew, stunt team @heidimoneymaker and amazing cast for all the hard work out into this show!!! We can’t wait to share it. Thank you all for the incredible journey… ” Renner posted.

Renner also added, “Last day, for now… This is not goodbye but a see you soon.”

Hawkeye is thought to be premiering later this year on Disney Plus and also stars Hailee Steinfeld as Kate Bishop, Vera Farmiga is playing Steinfeld’s mom, Eleanor Bishop, and Florence Pugh is set to reprise her role as Yelena Belova from Black Widow. An Echo spinoff series is also in development.

Renner debuted in an uncredited role in the 2011 Thor movie and followed it up by appearing as Hawkeye in The Avengers movie, The Avengers: Age Of Ultron, Captain America: Civil War, and The Avengers: Endgame.

Renner is also slated to return as his character in the upcoming What If? animated series. 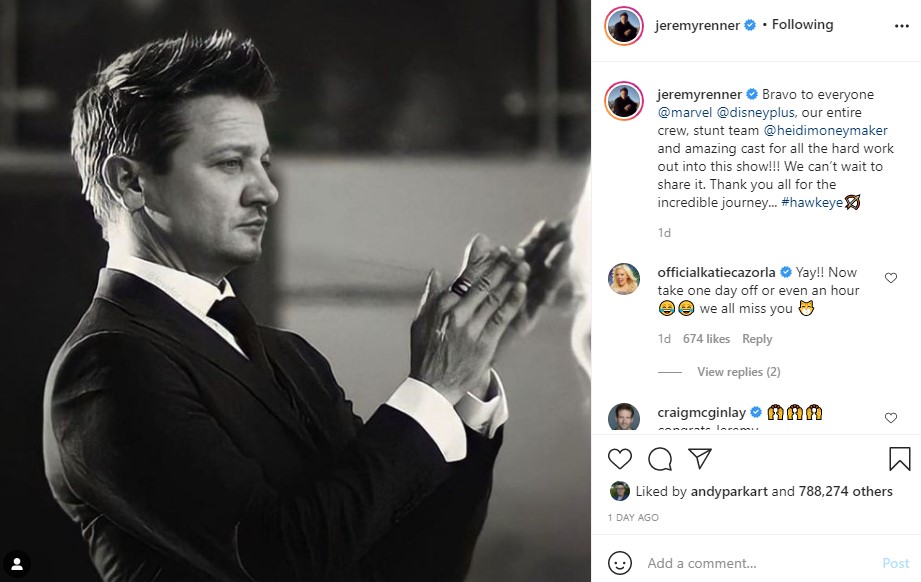 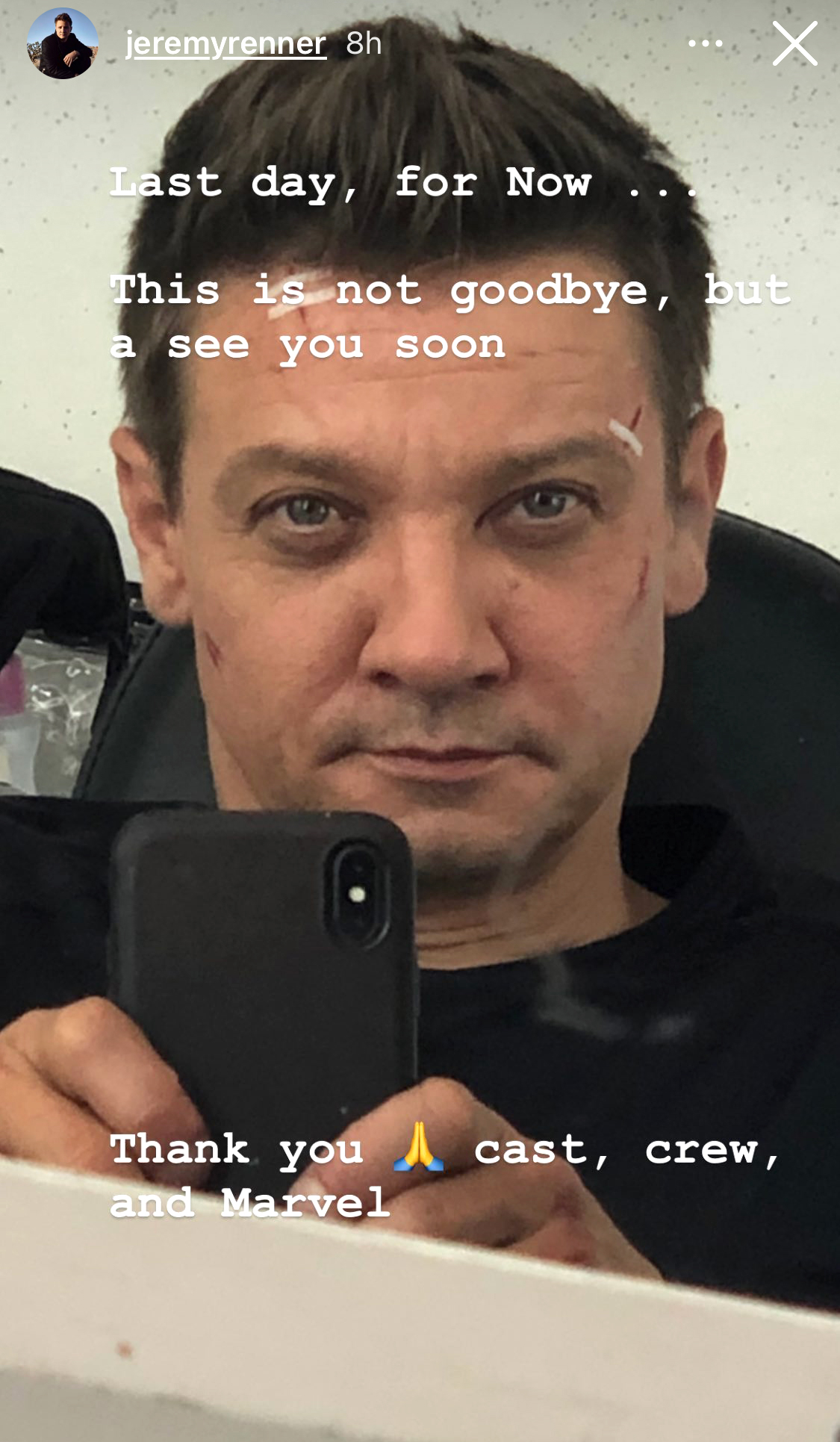