With The Avengers 4 trailer and title possibly revealed next week, it seems as if some sort of promo for the film may have been shot as Jeremy Renner teased something on Instagram.

“On a quick break… amazing day here,” Renner posted on Instagram along with hashtags for #promo, #infinitywar, #marvel, #fansrock, and #thankyouall. 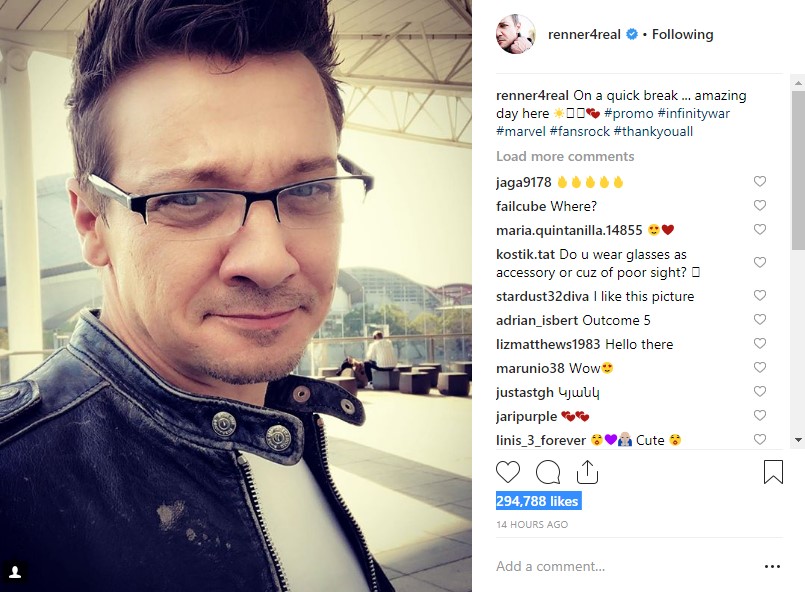 While Jeremy Renner didn’t specifically mention The Avengers 4, he probably included the Infinity War hashtag because both movies filmed at the same time.

Back in September also saw Renner seemingly teased that the Avengers are all dead as he teased “#isanyonegonnashowup??? #whoISstillALIVE?”

Regarding The Avengers 4 trailer and title release, it’s rumored to be released on Monday, and as I pointed out, comic book shops get their delivery of new comics on morning, so if the Avengers 4 prelude comic book has the title, Marvel Studios needs to release something before that.

You can watch more from me discussing the possibilities in the following video: