A new Jared Leto Morbius poster has been unleashed which teases an appearance at this Summer's Comic-Con.

As of right now, the San Diego Comic-Con is still on as it's slated to take place July 22-26.

The Morbius poster is from a Comic-Con magazine and teases Jared Leto's transformation from Dr. Michel Morbius to The Living Vampire.

In the comics, the titular character has a rare blood disease which seems him undergo an experimental treatment involving vampire bat DNA where Morbius acquires various powers related to the bat and becomes a "Living Vampire."

While Sony has yet to announce an official appearance at Comic-Con, with Morbius still getting released Jul. 31, it would make sense for Sony to have a presence at the SDCC, possibly with a panel involving Leto and the cast and a new trailer.

Obviously, things will depend on what happens with the coronavirus as California is in lockdown.

I still plan on attending SDCC if they let it happen.

Synopsis: One of Marvel’s most compelling and conflicted characters comes to the big screen as Oscar winner Jared Leto transforms into the enigmatic antihero, Michael Morbius. Dangerously ill with a rare blood disorder, and determined to save others suffering his same fate, Dr. Morbius attempts a desperate gamble. What at first appears to be a radical success soon reveals itself to be a remedy potentially worse than the disease. 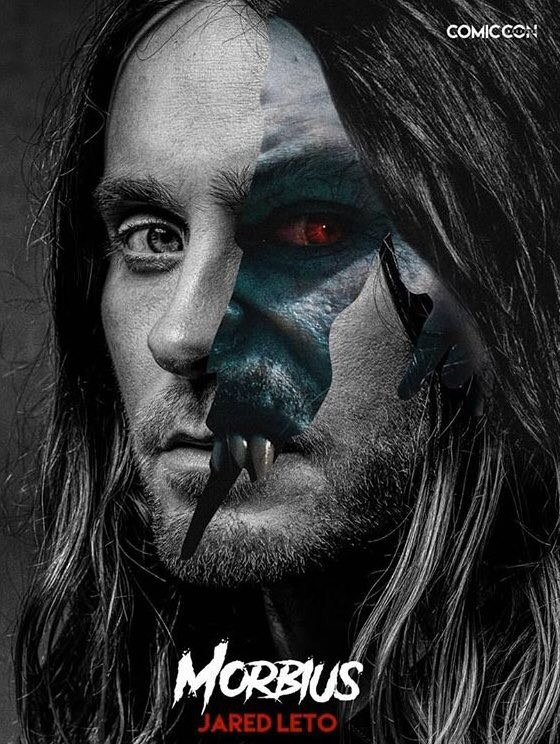