Kevin Smith and Netflix are certainly feeling the heat after the failure of Part 1, as the Masters of the Universe: Revelation Part 2 trailer actually looks pretty decent, but be forewarned, it could be another bait-and-switch.

The trailer also confirms what was spoiled by Mattel, that Adam becomes "Savage He-Man," a wannabe Hulk, and as I pointed out, a goofy idiot neanderthal type of character; however, and assuming the timeline of the trailer is correct, Adam apparently becomes He-Man again and has an all-out battle with Skelegod (Skeletor) and his minions.

Plus, we also see Smith ditches the sword and seems to be stating that Adam never needed the sword to become He-Man as there is a "spark," but instead of becoming He-Man, Adam becomes Savage He-Man, so maybe the sword is needed to control the spark in some way.

Regarding another bait-and-switch, it's possible a majority of the footage below in the trailer could be from the first couple of episodes and that the remaining episodes are all about Evil-Lyn and Teela, otherwise, the trailer spoils the entire series of Part 2, which is what Netflix might have intended as Part 1 wasn't well-received at all and received so much backlash.

"I HAVE THE POWER to show you TRAILER for @MastersOfficial REVELATION, PART 2 - coming to @netflix NOVEMBER 23! The @powerhouseanim kids have absolutely outdone themselves in bringing the @Mattel madness of MOTU's biggest battle to life, as He-Man's fury's unleashed on SkeleGod!" tweeted Kevin Smith.

The video description offers: "Reclaim the Power. Fight for the Universe. The epic conclusion to Masters of the Universe: Revelation (Part 2) premieres on November 23rd. Only on Netflix." 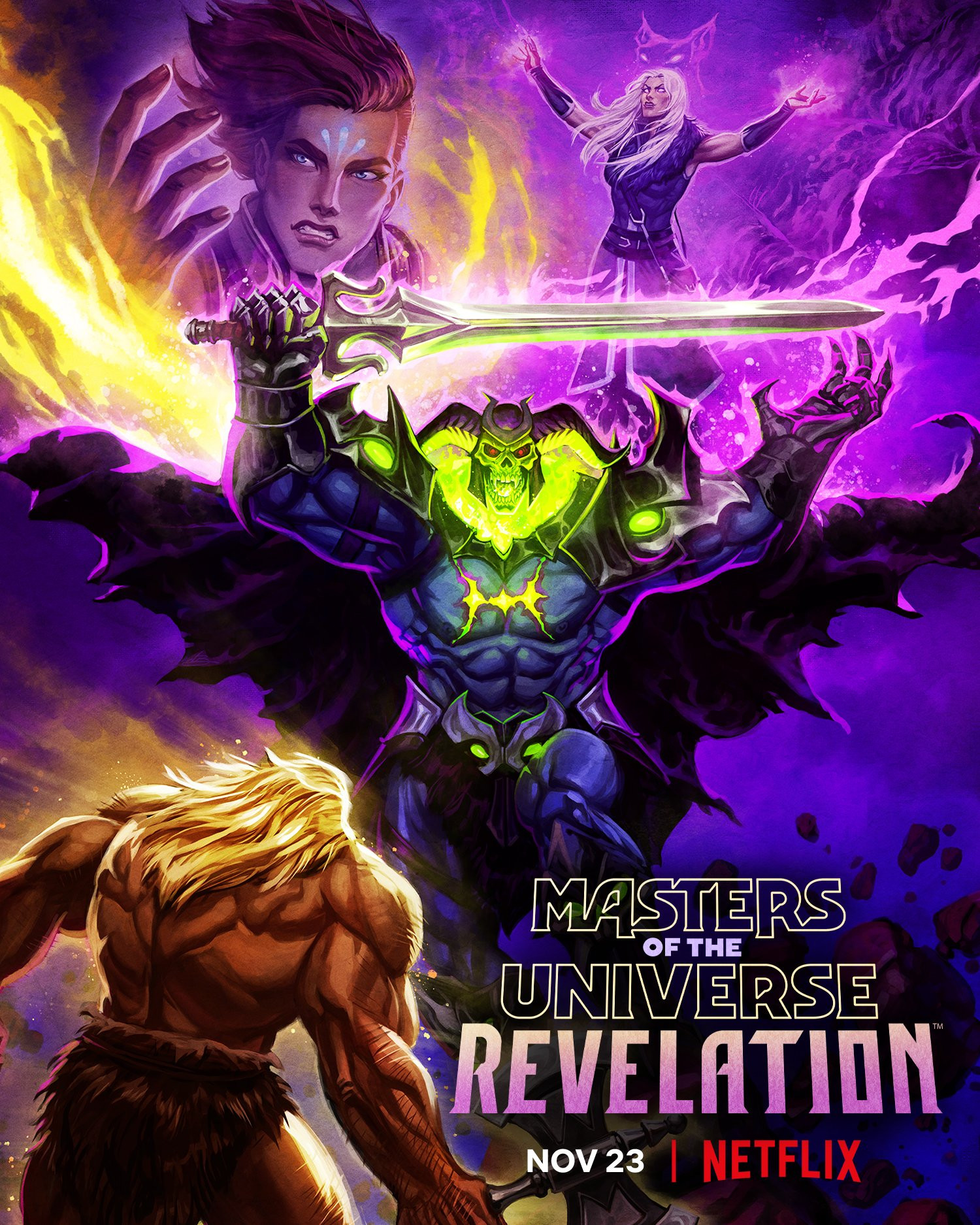