Universal Pictures has released a teaser for Halloween Kills with word its release date has been delayed a year along with the third movie, Halloween Ends.

The flicks are sequels to the 2018 movie starring Jamie Lee Curtis that brought in over $255 million on a $10 million budget.

I'll say I am glad they are going to release it in theaters and not through video-on-demand as watching the first Halloween with an audience made the movie even better.

"We write this to you heartbroken over the fact that the delay of our film is even a discussion, but if there's one thing that a career in the film industry has prepared us for, it is the unexpected," said David Gordon Green and John Carpenter in a statement. "Over the past few weeks, our film family has looked at the forecast of theatrical exhibition with obvious concern. We have discussed and struggled with how best to present 'Halloween Kills' to the loyal fans around the world, as well as the new audience we hop to invite to this experience."

The pair added: "If we release it in October of this year as planned, we have to face the reality that the film would be consumed in a compromised theatrical experience. After weighing our options, we have chosen to push the film's theatrical release by one year." 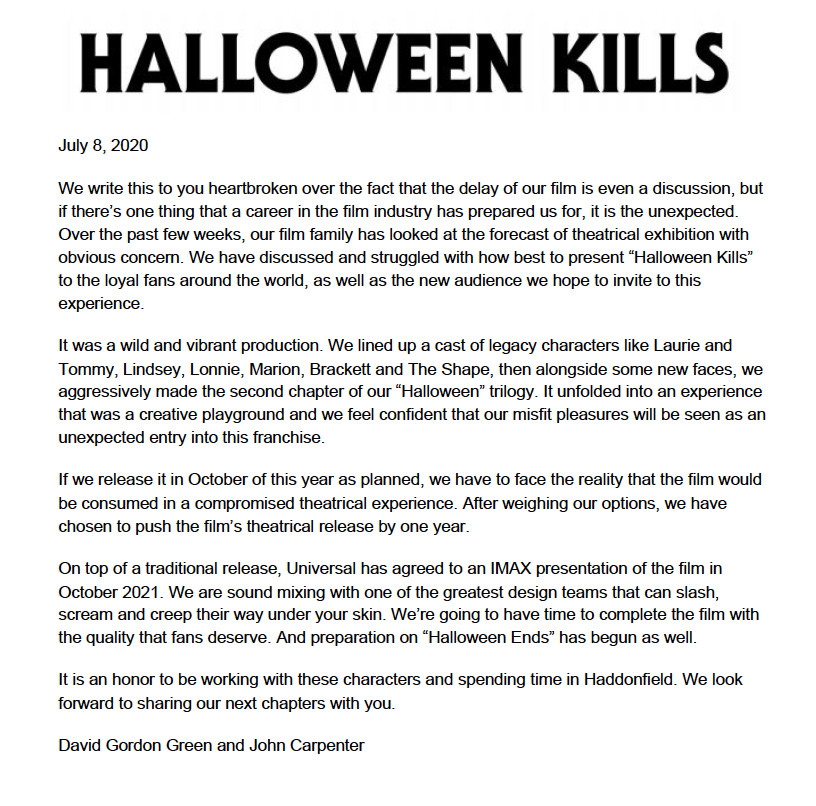