A Review Of Guardians of the Galaxy #9

While not quite up to the high point of issue #8, issue #9 comes in as a close second for the title of best issue to date of this volume of Guardians of the Galaxy.

To say that he breathes new life into the series would not be quite correct as, as acknowledged on the letters page, this volume draws its inspiration from the original Giffen and DnA vision for Marvel Cosmic from the Annihilation-era Guardians of the Galaxy and Nova series. Cosmic fans dreamt of the day that Bendis, Loeb, and Alonso would be bad memories (and Brevoort would just shut up and get out of the way) – when true Cosmic fans on the Marvel writing staff would come forth and resurrect the concepts that made the Giffen and DnA era such a high point for Marvel Cosmic. That dream has now come true. So, it would be more correct to say that Donny Cates has breathed much-missed, badly-needed, ultra-high-quality, old life back into Marvel Cosmic. And I say, “Bravo! It’s about time!” Marvel finally recognized the error of their ways – and it only took about 10 years.

Cates appears to understand both Cosmic in general and the Cosmic characters in particular better than any writers since Starlin, Giffen, and DnA. I’m still pissed about his destruction of the Nova Corps – though I hope he will redeem himself for the sin of this ultra-hackneyed plot device by using the destruction as an opportunity to revive The Worldmind, resurrect Xandar, and re-build the Corps to make it bad-ass like it was in the heyday of the Xandarian Empire. Otherwise, I’m about 90% on board with his vision for Marvel Cosmic so far.

There are so many incredibly cool Marvel Cosmic characters – and I’m absolutely loving how Cates is weaving them into the storyline for this volume. When one of these characters appears (there are a few this issue!), it is a surprise, but makes perfect sense for the storyline. For the most part (there have been some notable exceptions), he respects the history and personality of these Cosmic characters. That’s what a respectable writer does – respects the intelligence of the fans and the emotional connection that the fans have to the characters they have followed and admired for a good portion of their lives by using the characters properly. Contrast that to Bendis’ and Loeb’s cynical disdain for the fans and characters, and you get the trash that Bendis, Loeb, et al, produced for the 10 years preceding this volume.

The final page reveal was a total surprise. I was expecting someone else (no, not Warlock). I have been wanting to see what I saw on that final page for many years now, and I only hope Donny Cates finds a way to keep that character around after this particular storyline resolves as that character in the form portrayed and with the powers portrayed has been much missed.

Smith and Curiel deliver another tour-de-force of art and coloring for this issue. The cover art has been hit-and-miss with this volume, but this issue’s cover was definitely a hit for Zircher and White.

Marvel is finally re-earning my money. Buy this book. Tell your friends to buy this book. That’s the only way to let Marvel know that this is the type of Cosmic book we want. Let’s make this volume of Guardians of the Galaxy a smash hit and keep it around for a good long time. 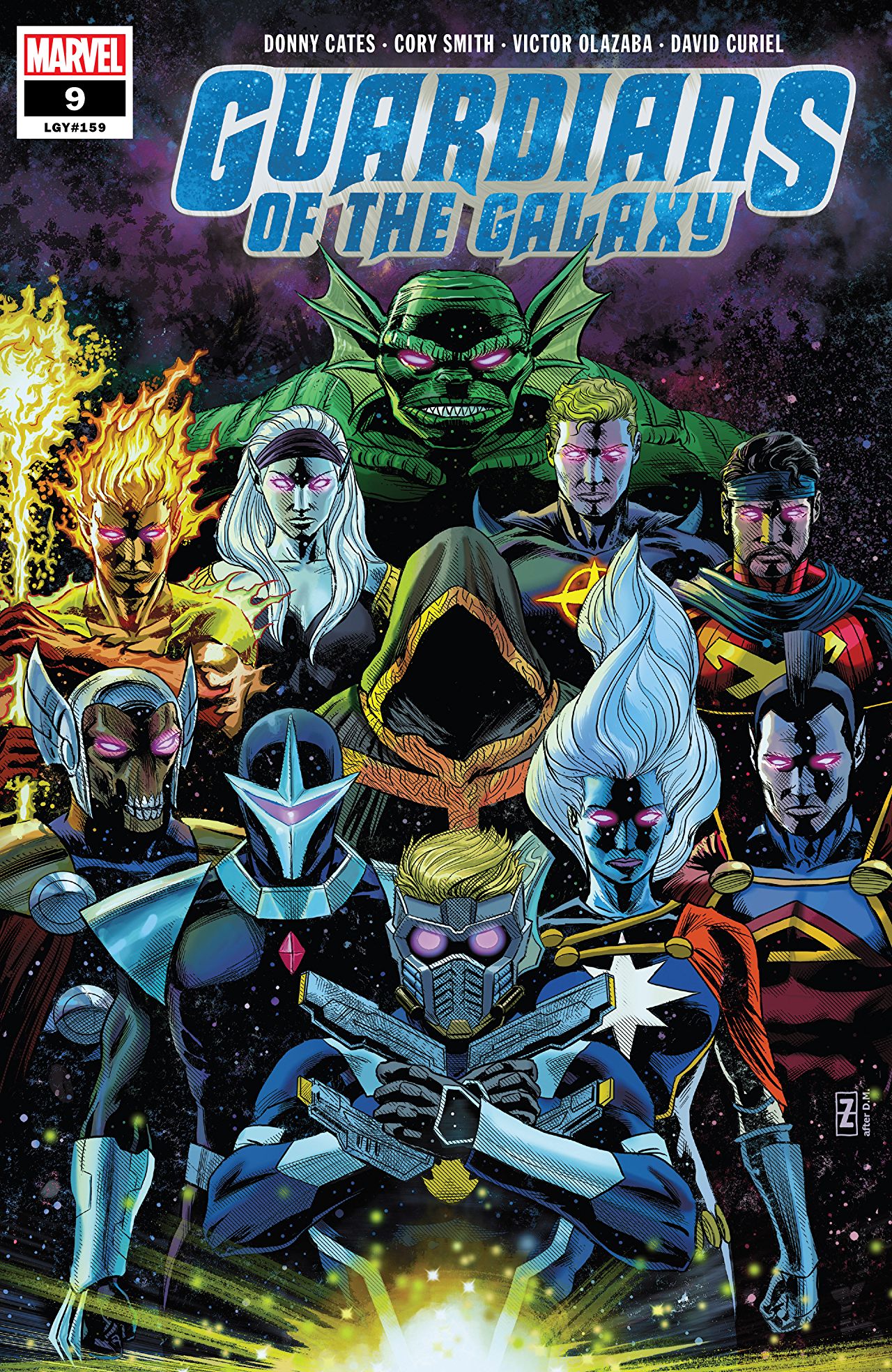 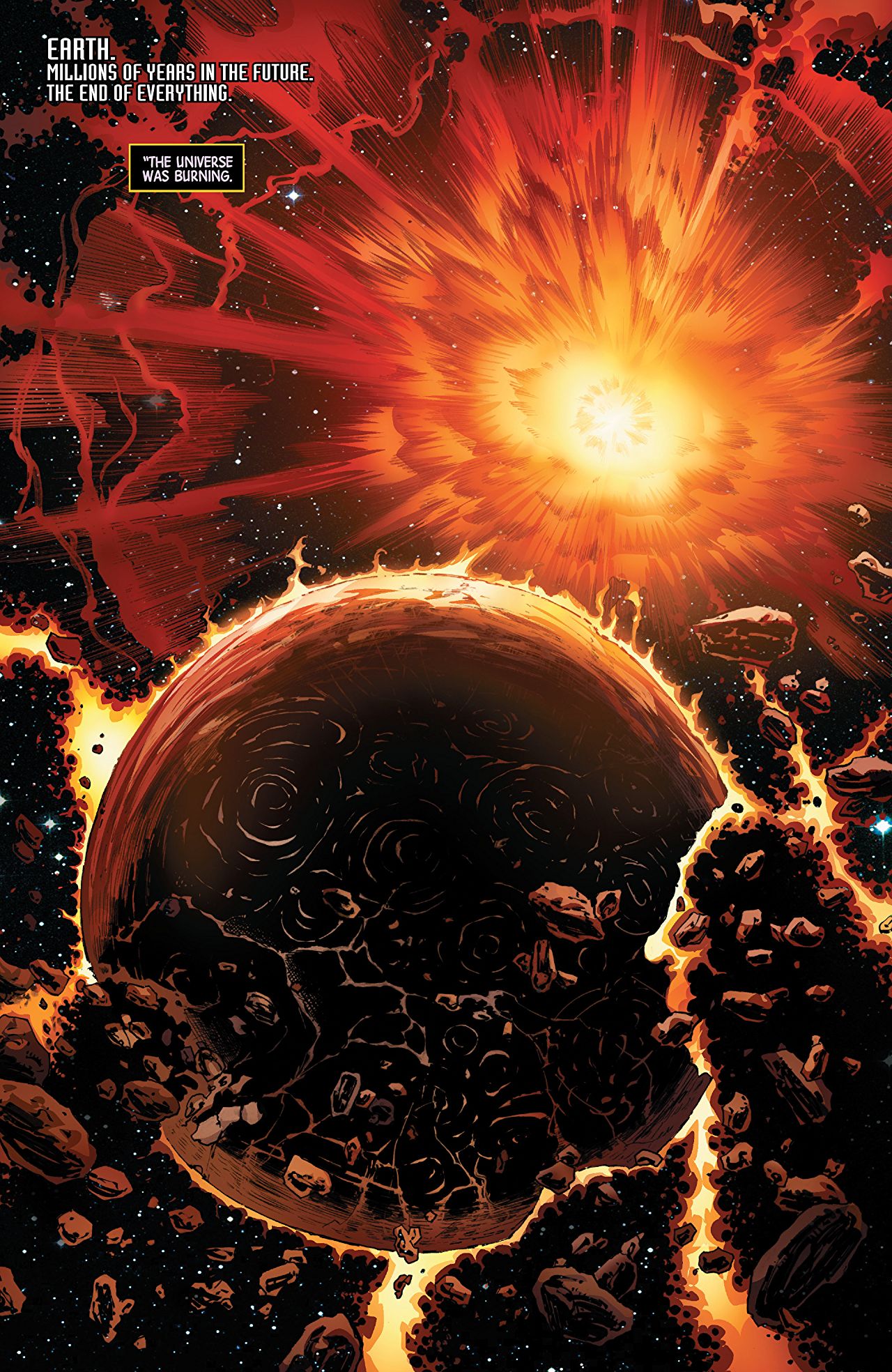 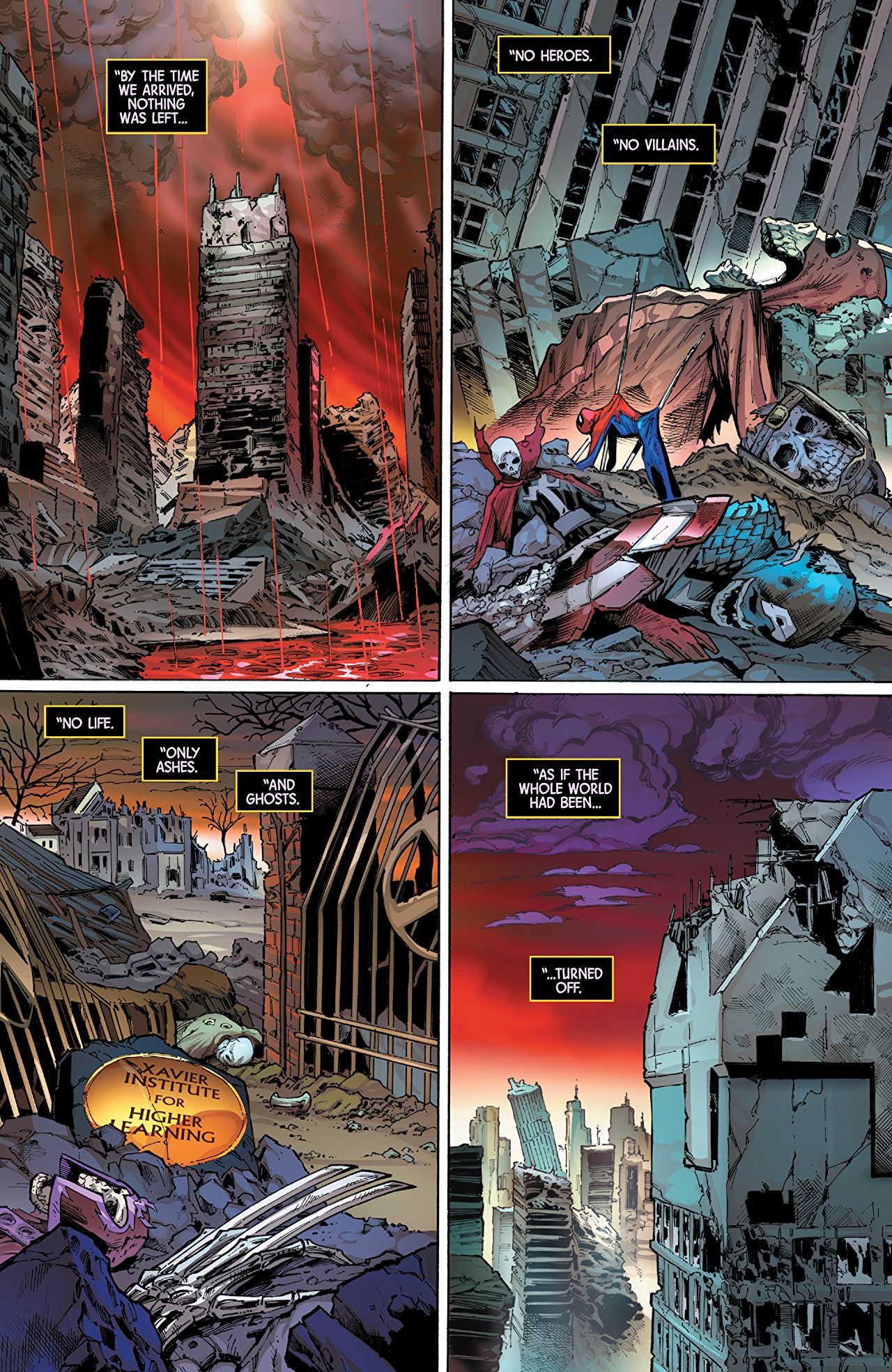 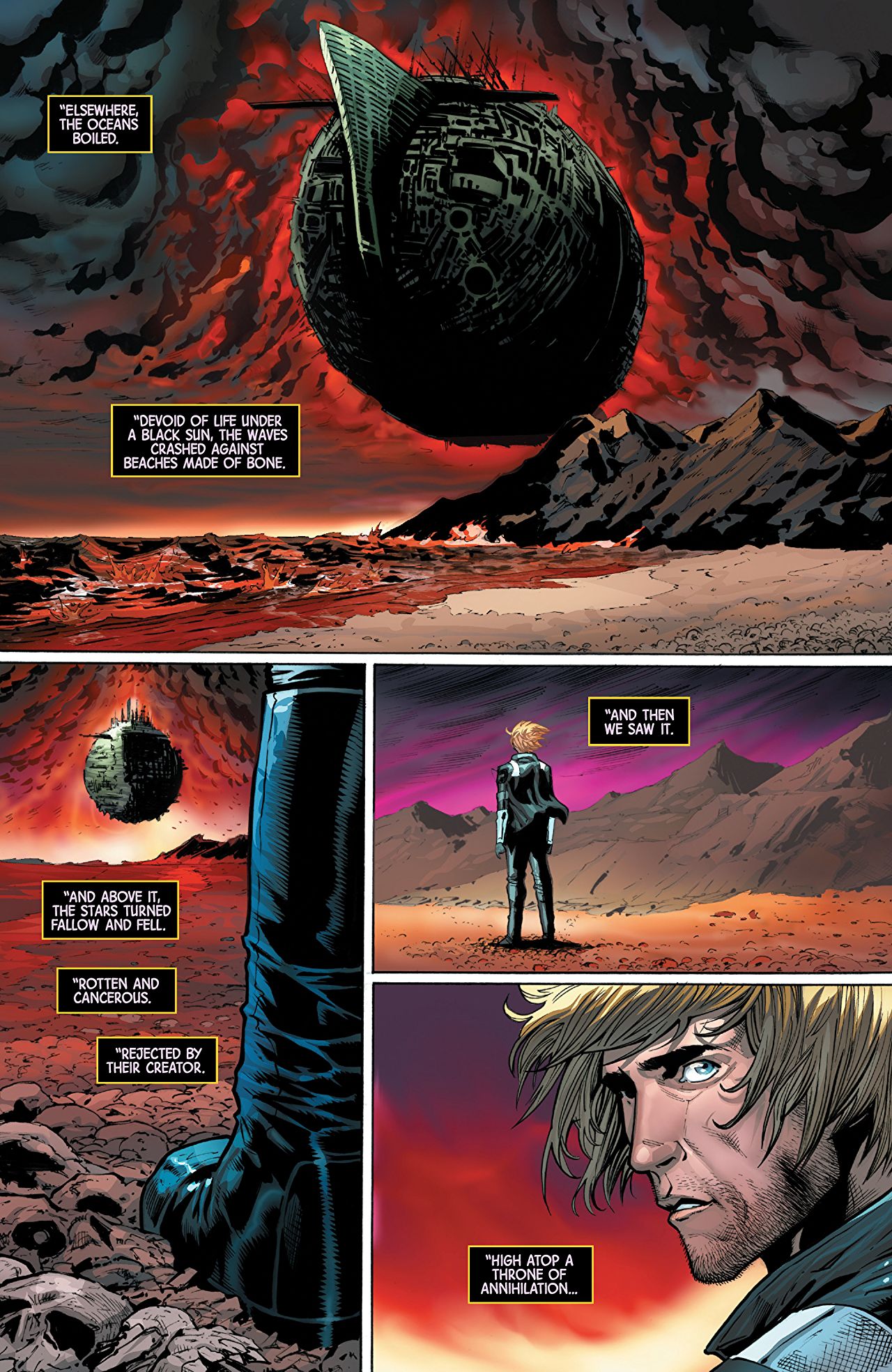