A Review Of Guardians of the Galaxy #8

Well, the murder mystery is over and as far as murder mysteries go, it was OK. Turns out it was all a transition issue for Marvel’s next big event, "King in Black," another Cosmic event where the Cosmic characters appear to be mostly sidelined.

Ewing picks up the pace and moves the story pretty quickly to its resolution with an unexpected but satisfying reveal of the murderer near the end of the issue.

This was a very Rocket-centric issue with Rocket leaving behind the James Bond-like suit, adopting a Sam Spade-like trench coat and hat, and channeling the persona of a hard-drinking 1920’s-era detective. I found Rocket’s portrayal this issue cute and mildly entertaining – but honestly, I’m tired of his identity crisis. It’s time for Rocket to get back to his DnA-era brilliant tactician persona. That was the portrayal that worked best for the comic books. The MCU personality never translated well to the comic books and the “character in search of a catchphrase” portrayal from the Bendis era was simply annoyingly deplorable. Ewing has done quite a bit to rehabilitate the damage done to the characters by Gunn and Bendis, so I’m hoping this identity crisis process ends soon with Rocket returning to his better portrayal from bygone days.

For the most part, the other characters just react to Rocket’s solving of the case with the action involving a few fights taking place mostly in the background. So, once again, the action junkies will be disappointed.
Takara continues to deliver solid interior art and Albuquerque’s cover art is my favorite from Ewings run thus far. Blee’s colors perfectly complement Takara’s art. I hope this artistic team stays on the book for the foreseeable future.

By far, the most exciting thing about this issue is the teaser for next issue which sees Star-Lord’s return. There are lots of references to “The Master of the Sun” and I’m hoping Ewing uses Quill’s “death” as a means to rehabilitate all the damage done to the character and concepts by Gunn and Bendis. We’ll see what happens next issue.

Guardians of the Galaxy #8: 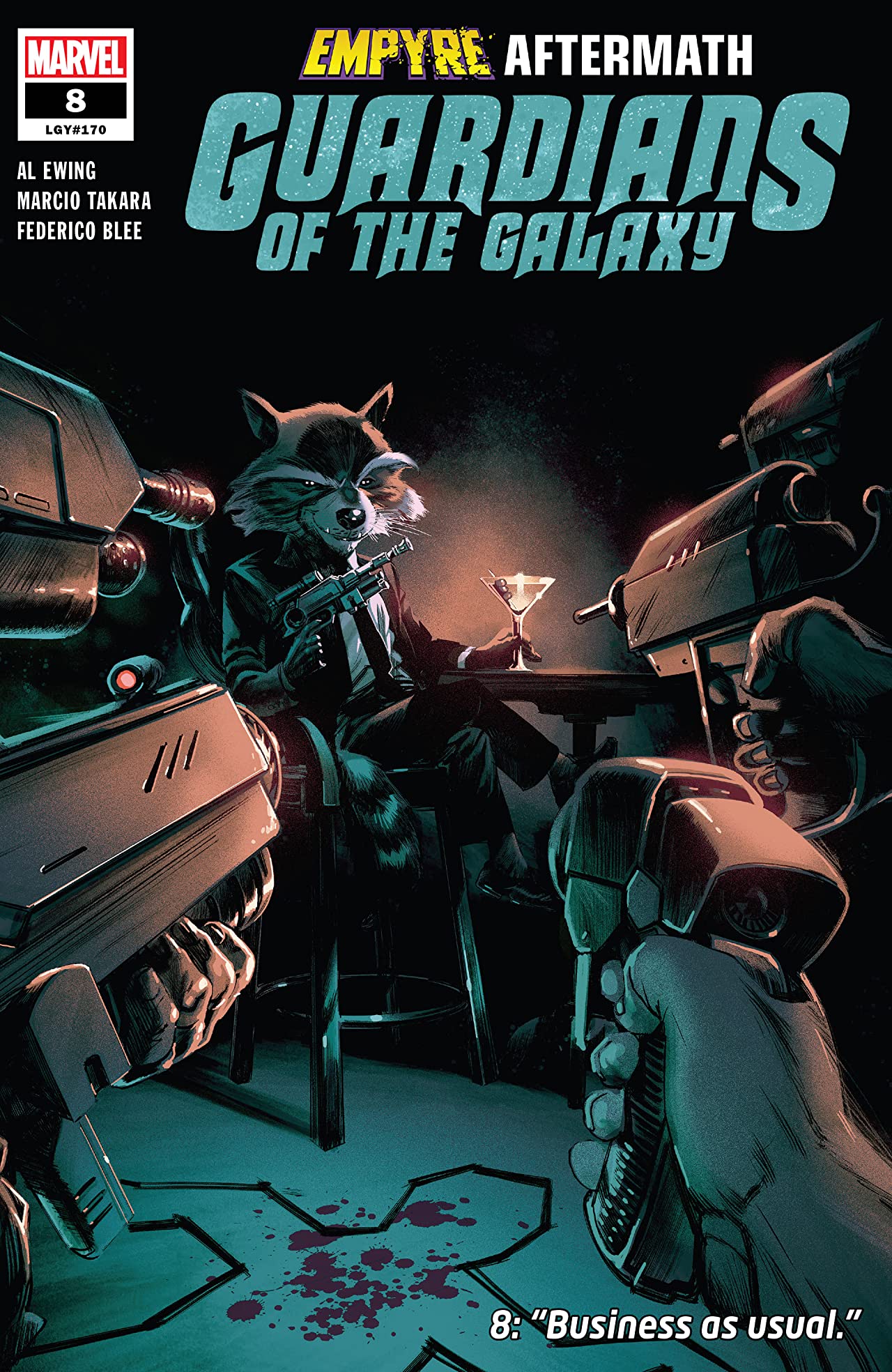 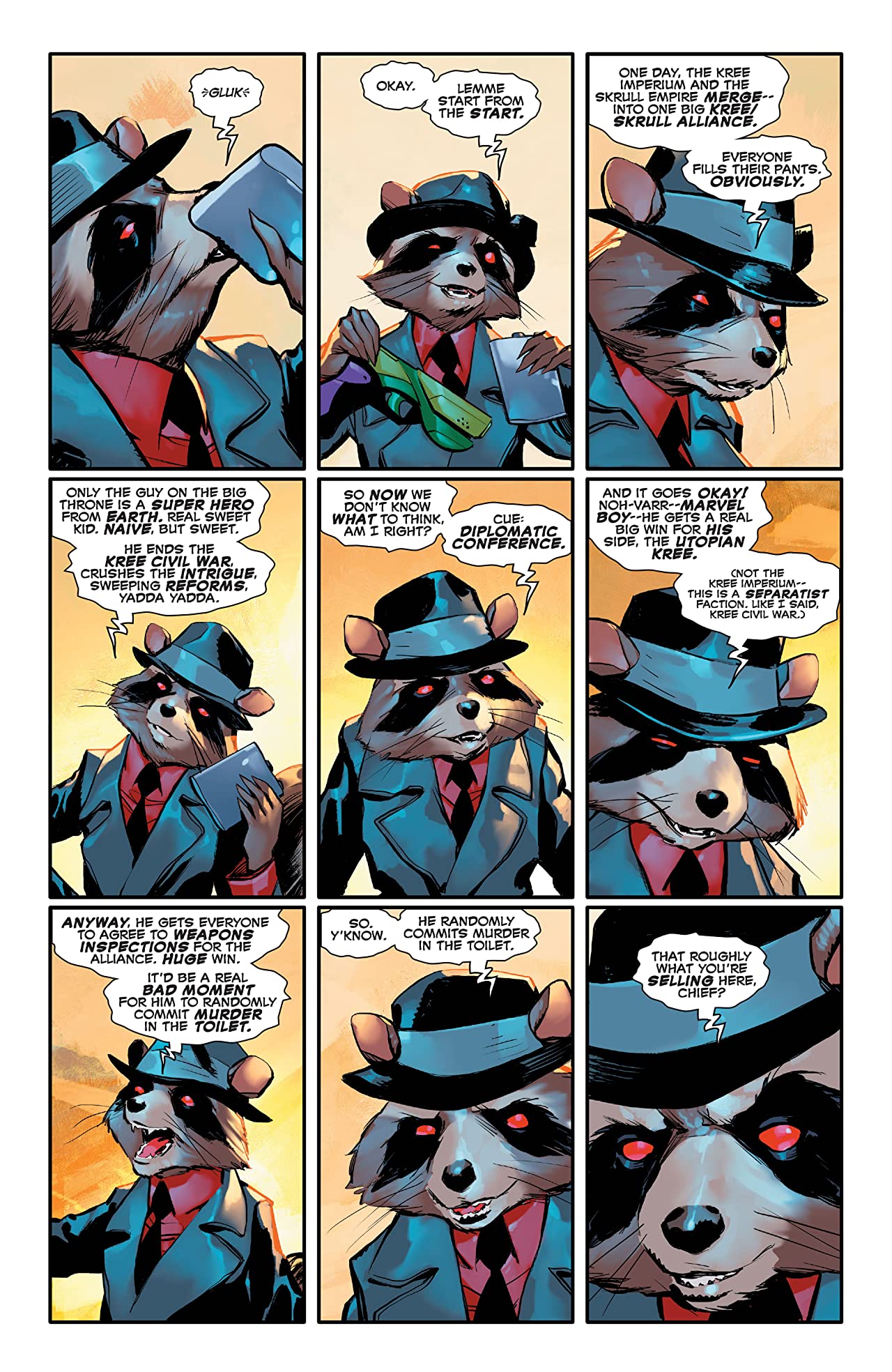 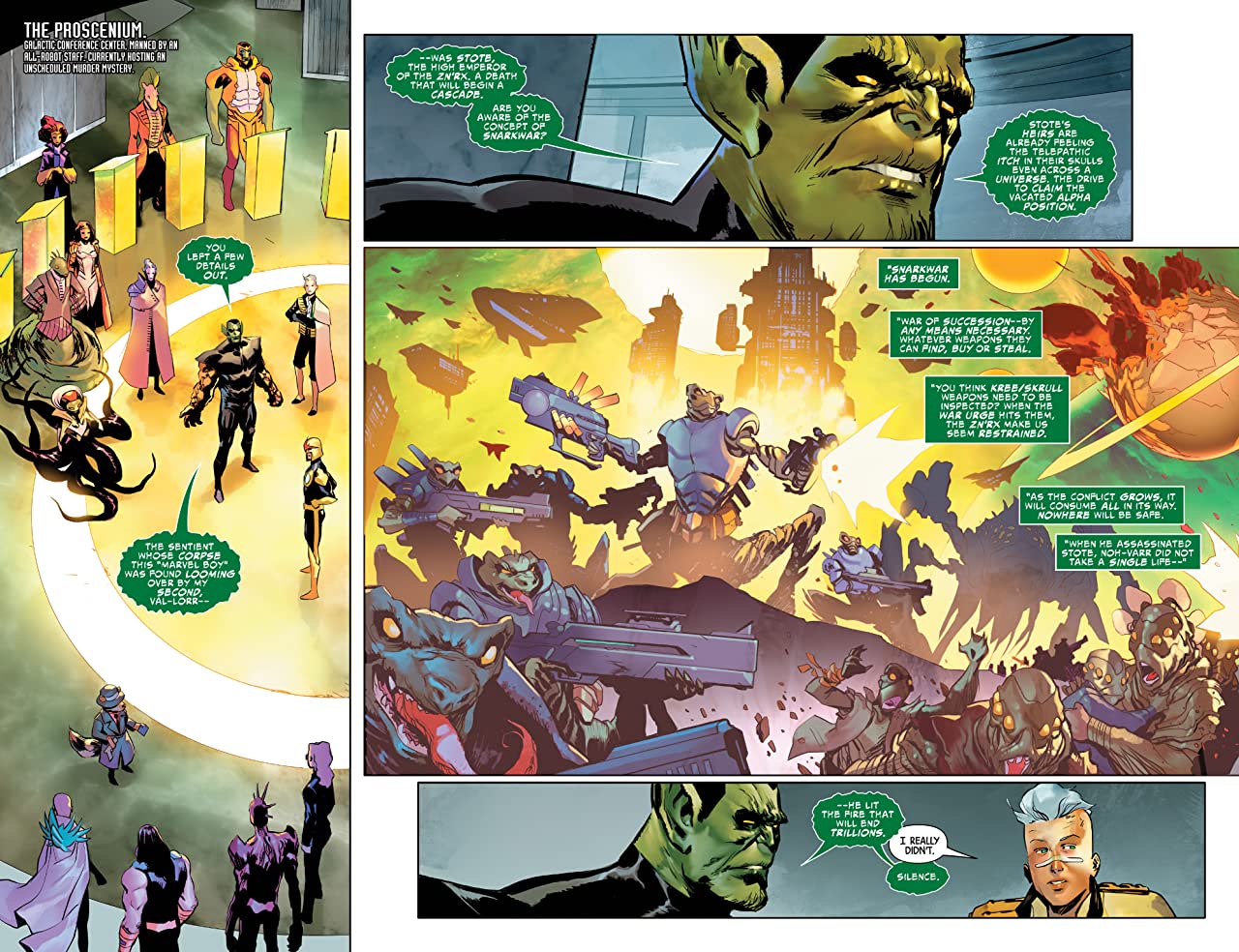 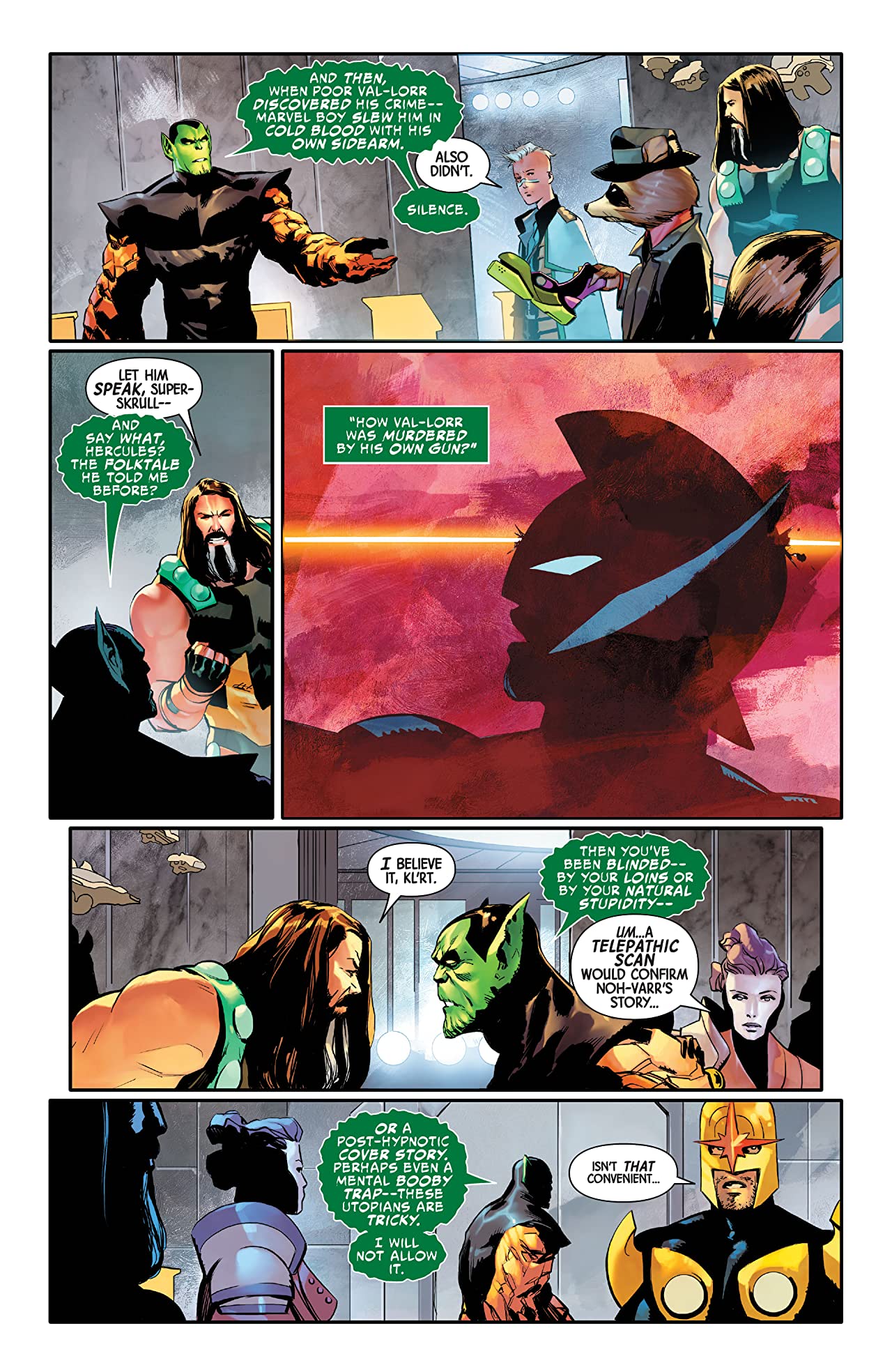