Guardians of the Galaxy #3 of 6

There are many things to like about Cates’ approach to writing Guardians of the Galaxy. The most important thing to like is the overall more serious tone to the treatment of the concepts and characters. Sure, there are bits of humor, but the humor arises naturally from the elements of the story rather than being the sole focus of the story. In other words, it isn’t a forced humor farce such as produced by Gunn, Waititi, or Bendis. It is an honest to God actual story with characters who have competing agendas seriously interacting with each other to address various crises. Writers/directors who don’t really like or understand science-fiction get distracted by the concepts and/or characters, think of the concepts and/or characters as outlandish and/or implausible, and therefore write them as silly, child-like, campy, or farcical. Cates appears to be a true Science-Fiction/Science-Fantasy fan, respects the characters/concepts, and therefore writes a respectable story approaching in quality some of the better historical Marvel Cosmic stories.

It is also great to see Cates subtly walking back some of the worst of the most recent farcical era of Guardians of the Galaxy. Star-Lord is portrayed as substantially less buffoonish as he struggles to cope with PTSD and Gamora’s betrayal. He is also seen wearing part of his original costume. I hope that is an Easter Egg for stories to come as I’d like to see him track down Sinjin Quarrel and recover both Ship and his element gun as well as his original Ship-provided powers. I also hope his personality is walked back to DnA’s portrayal. I continue to like Groot being returned to a fully conversant being and a bad-ass as he has been portrayed in various stories in the past before Gunn and Bendis decided to use him as purely comic relief. Wraith has been an under-utilized cosmic character and it has been nice to see him appear again and to learn a bit more about him. Gladiator is as always, a one-dimensional over-powered fascist. I’m hoping we get to see more of Beta Ray Bill, Moondragon, and Phyla in the next 3 issues. I’m still just not digging Cosmic Ghost Rider. I’m really hoping to see Drax resurrected with his original powers and costume complete with skull cap.

To me, the fight with Rider Nova was given short shrift. Rich stayed in character until he made the bad decision of allowing himself to be tracked to Gamora’s location. That bothered me. Rich is smarter than that. Nebula, as portrayed in this story, is too MCU-version Nebula. I’d like to see her walked back to her comic book version. The most bothersome portrayal was Eros. There’s a lot wrong here. His characterization is off, unless he’s the true keeper of Thanos’ consciousness. Also, his regeneration is taking way too long. I’ve been reading The Eternals since Kirby’s first issue back in the 1970’s. It’s nearly impossible to hurt or kill an Eternal. We’ve seen Ikaris literally reduced to elementary particles only to be nearly immediately reconstructed. Eros shouldn’t still be a disfigured invalid. His angst, paranoia, irritability, and pathos are all out of character as well.

The art and coloring remain very good for this issue. The cover art is eye catching. I’m hoping some of the better cosmic artists from the past will be commissioned if this mini sells well enough and leads to more Guardians of the Galaxy mini-series.

Basically, incremental progress is being made toward walking GotG back from the awful Gunn/Bendis conceptualizations of the recent past. Cates seems to understand what made the cosmic concepts and characters great from their initial conception and up to the most recent shining example of Marvel Cosmic in the Giffen/DnA era and appears to be making a conscious effort to get Marvel Cosmic back on the right track. I hope the Marvel Editors allow him to continue. 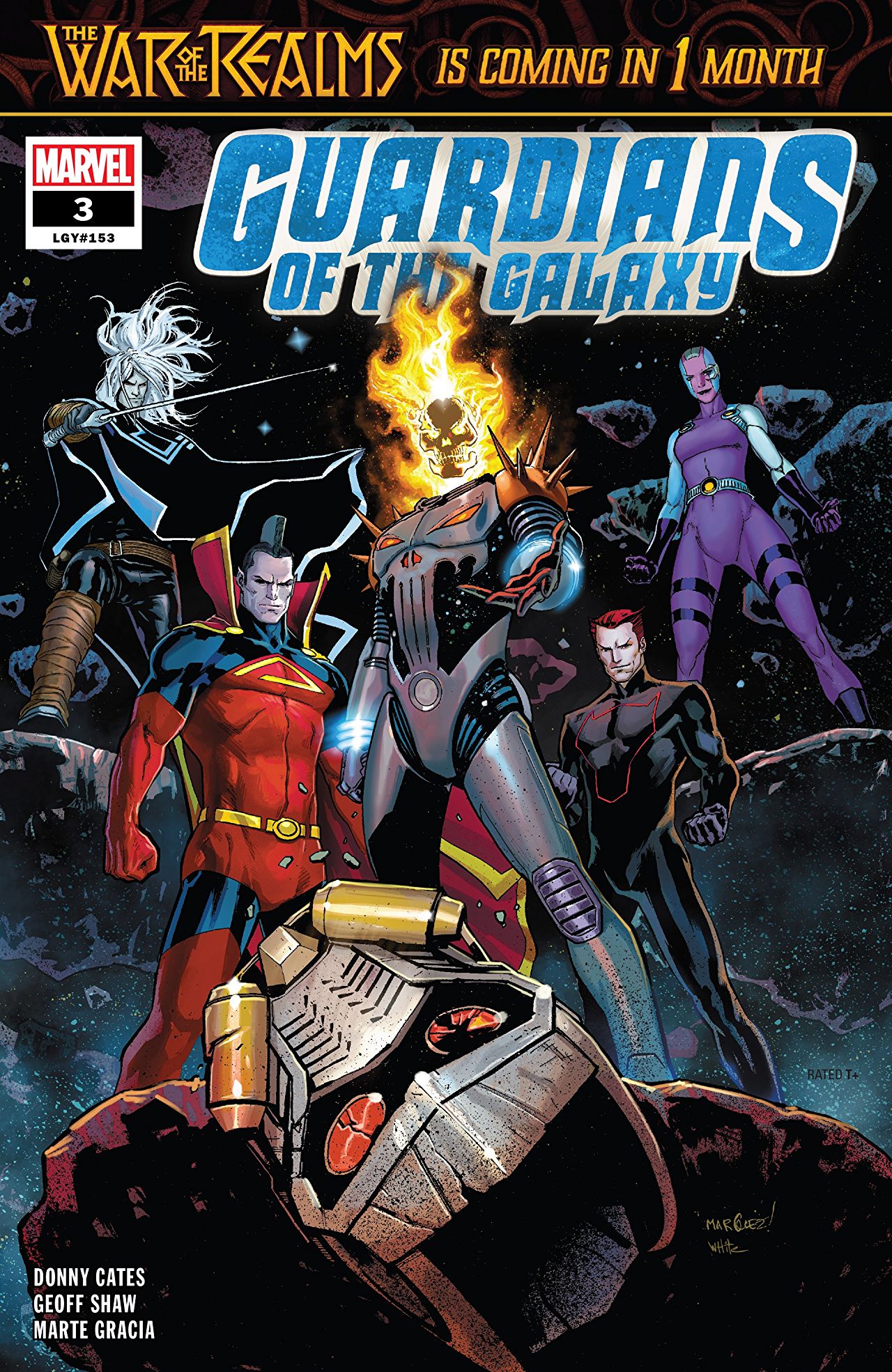 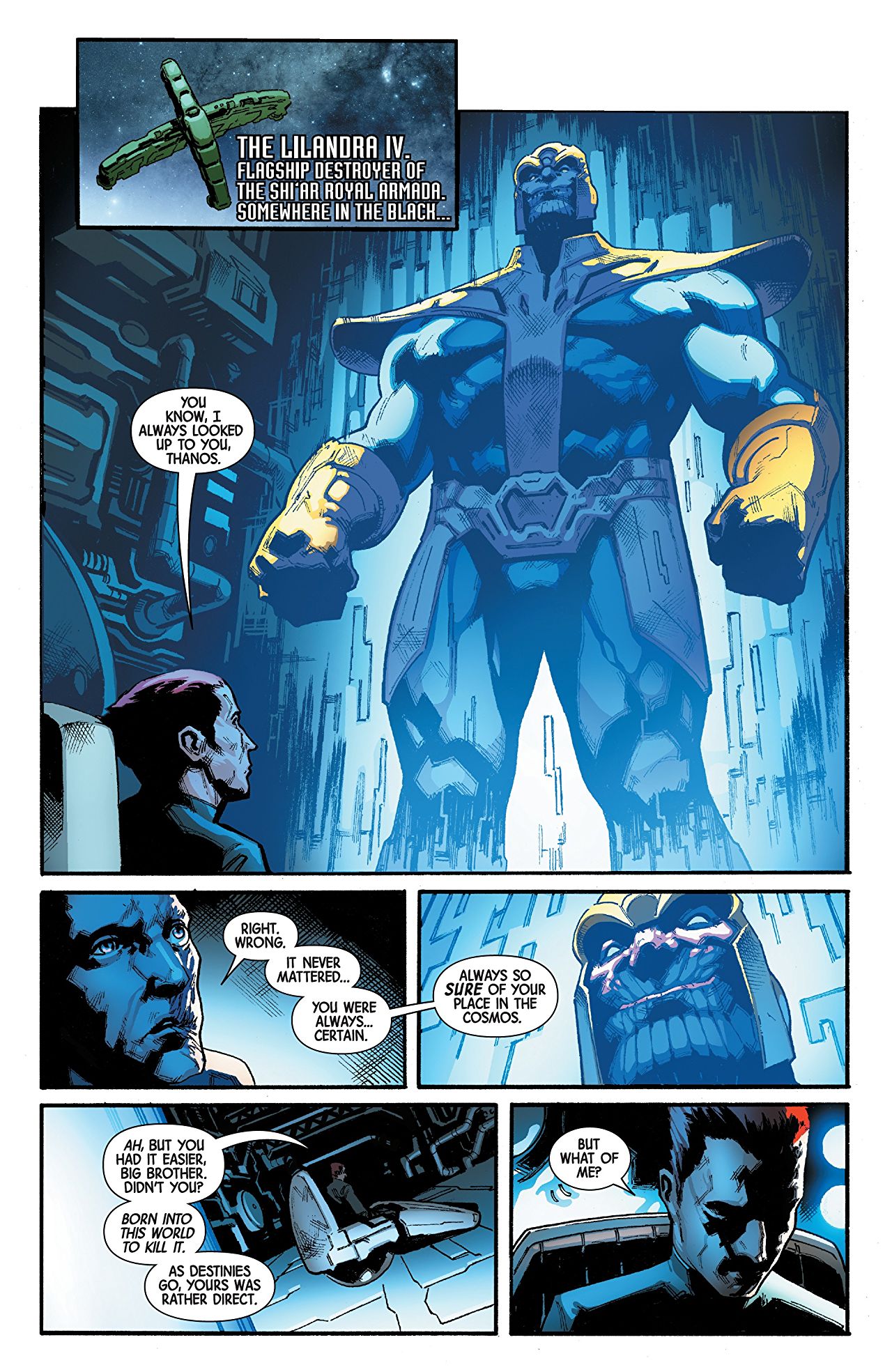 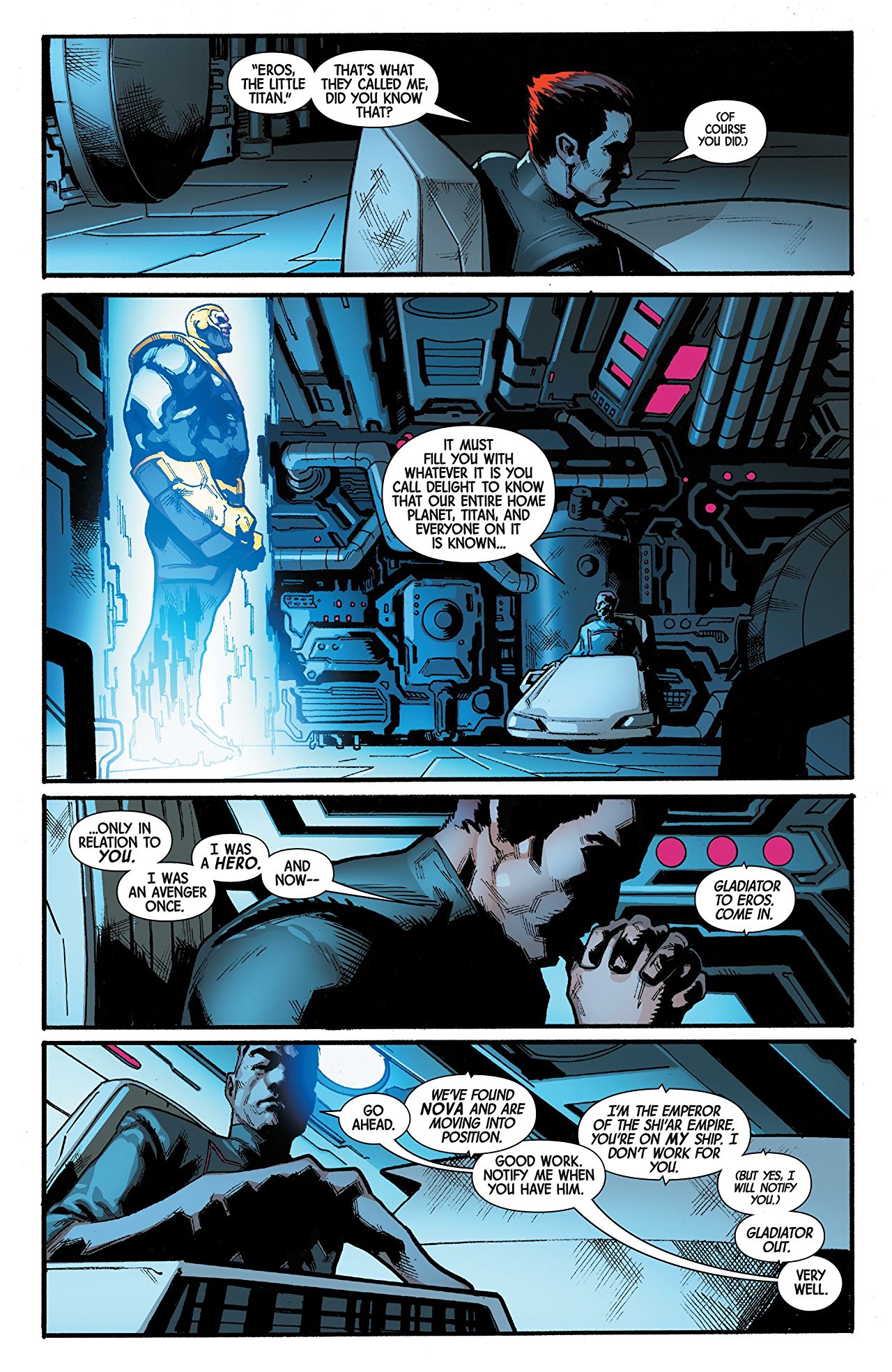 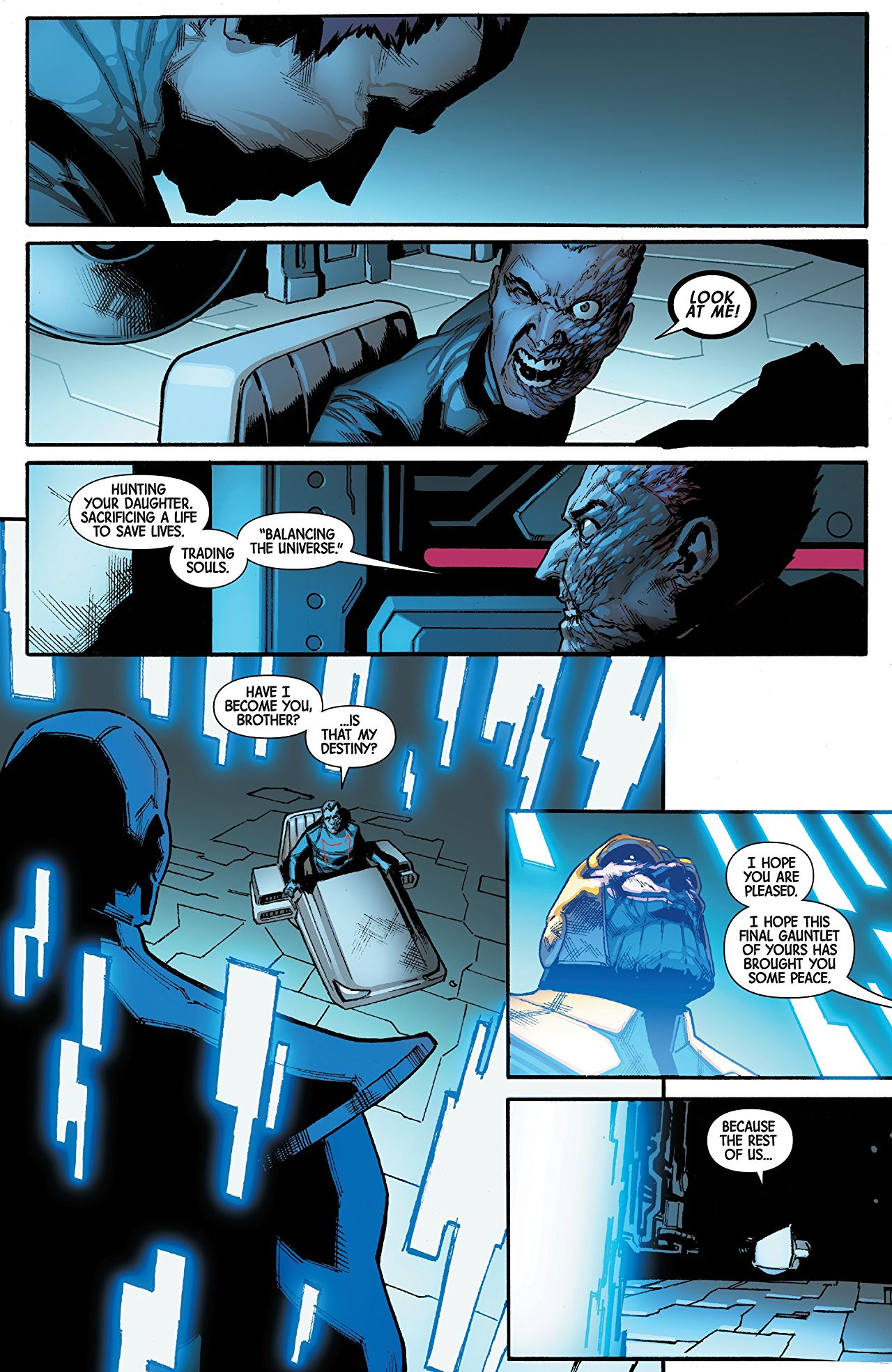