I remember Englehart’s original take on Star-Lord in the 1970’s.  That MU characterization was serious and anti-heroic to the point of unpleasantness and un-likeability.  Subsequent writers softened the characterization quite a bit in a process of natural character evolution, but continued to play him and the concepts straight.  Contrast that to Gunn’s MCU near-buffoonish take on the character and concepts and the post-movie MU characterization following suit, and we have a character that has a history of extremes in characterization differences. I hear that the Marvel execs have “explained” (brutally ret-conned) these differences as his prior adventures having taken place in an “alternate reality” (eye roll).  Yeah – he went from a dark-haired, 30-something-ish, Han-Solo-ish, uniform-wearing, effective strategist, para-military “leader of men” type character stuck in the Cancerverse at the conclusion of The Thanos Imperative to a blonde-haired, 20-something-ish, chronic F-up, leather-jacket-wearing, poorly-disciplined near buffoon with a Kitty Pryde fetish at the beginning of Bendis’ Guardians of the Galaxy run – and we’re just supposed to shrug our shoulders?  Nope.  I didn’t.  I didn’t buy it – not conceptually or with my dollars.  The comic books should tell the great stories and develop the great characters.  If the MCU bastardizes it to sell to the mass market of movie-ticket buyers, that doesn’t mean the comics should follow suit.

I like the overall more serious tone of the book.  Sure, there’s humor, but humor isn’t the entire focus of the book.  When humor is the entire focus of a book, the book is a farce.  When it isn’t the entire focus of a book, the humor is a natural part of a serious story – serving to break tension, help us connect to the characters, enhance our overall enjoyment of an otherwise serious story about serious topics (such as good vs. evil – the essence of most comic book stories).  Star-Lord seems to be changing – becoming more focused and effective than his MCU/Bendis characterization – a deliberate hero rather than an accidental one.  Cates is also putting some of the bad ideas of the disastrous Bendis era to bed (pun intended) with the closing of Bendis’ ridiculous rom-com-ish Kitty Pryde/Star-Lord relationship.  Also, we see Star-Lord doing some much-needed soul searching rather than just buffoonishly reacting.  This more deliberate and reflective tone was refreshing.  I like it that Groot is back to speaking in full sentences and being treated like the powerful force he is rather than farcical comic relief as in the MCU/Bendis characterization.  Also, a big shout out to the re-appearance of Wraith – an interesting character that has had far too little page time and been absent far too long.

What bothers me about the storyline is how the Cosmic characters are so easily taken in by the Eros-orchestrated witch hunt.  Eros seems to be deliberately stoking paranoia, fomenting dissent, and identifying everyone who has ever been a threat to Thanos before as a target to be eliminated – and so far, nobody has stopped to think that HE may either be the unwilling recipient of Thanos’ consciousness or acting as an unwilling agent of whomever is?  Because – this is not the Eros I remember and the Cosmic characters are not THAT stupid.  I hope Cates addresses this glaring problem somehow.

I liked Cates’ reference to the Gamora-Nova relationship and the introduction of Rich Rider Nova to this storyline.  I hope Cates treats the character of Nova with respect as his upcoming mix-up next issue with those being cast as the unwitting “witch hunters” should be an epic fight if he does treat Rich with the respect he and his powers deserve.  Let’s hope Cates resists the tired old tropes of killing off Rich, destroying the Nova Corps, etc. and treats us to the kind of Cosmic battle we all hope to see.

I appreciate that the cover art is technically well done, but I was disappointed in it conceptually.  I don’t think it will grab the attention of the average buyer and inspire them to make a purchase.  The interior and coloring were well-executed and I especially enjoyed Shaw’s full-page rendition of Nova in flight.

I’m cautiously optimistic.  I hope Cates recognizes as do all true Cosmic fans that DnA’s versions of Nova and Guardians of the Galaxy were the most well-received by fans, longest best-selling, and most critically acclaimed MU iterations of the characters and concepts – and does his part in getting GotG closer to that high mark. 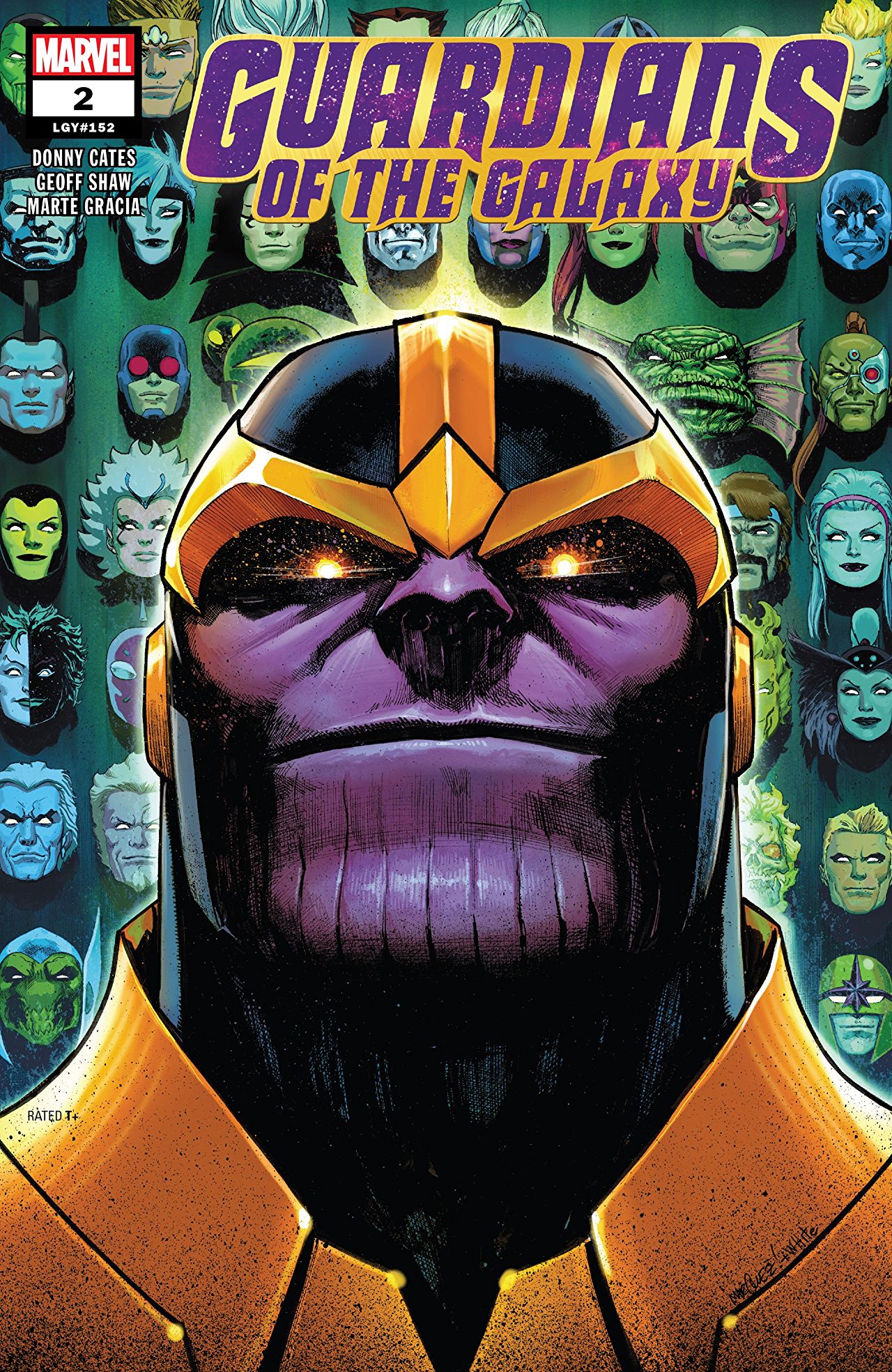 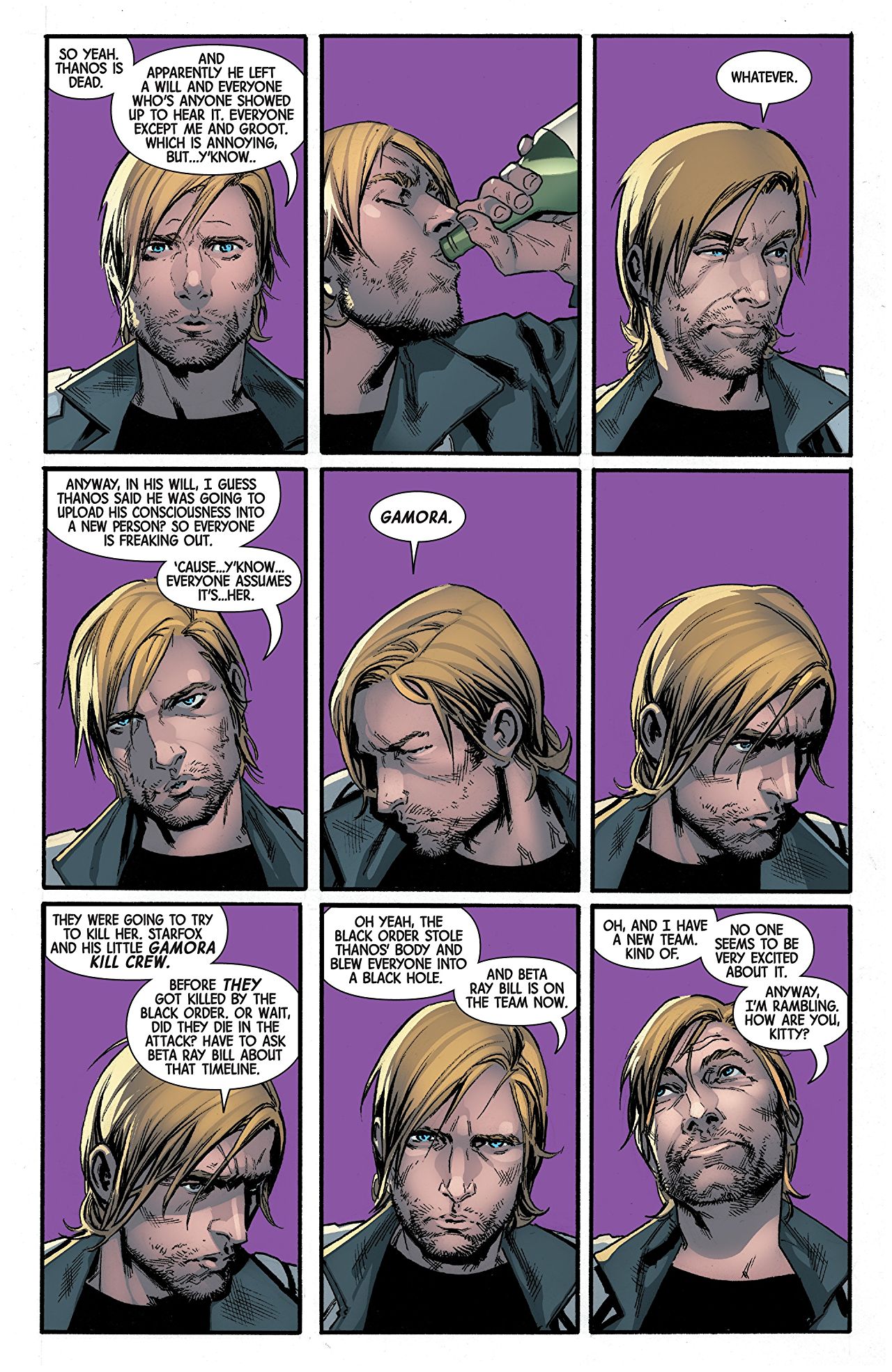 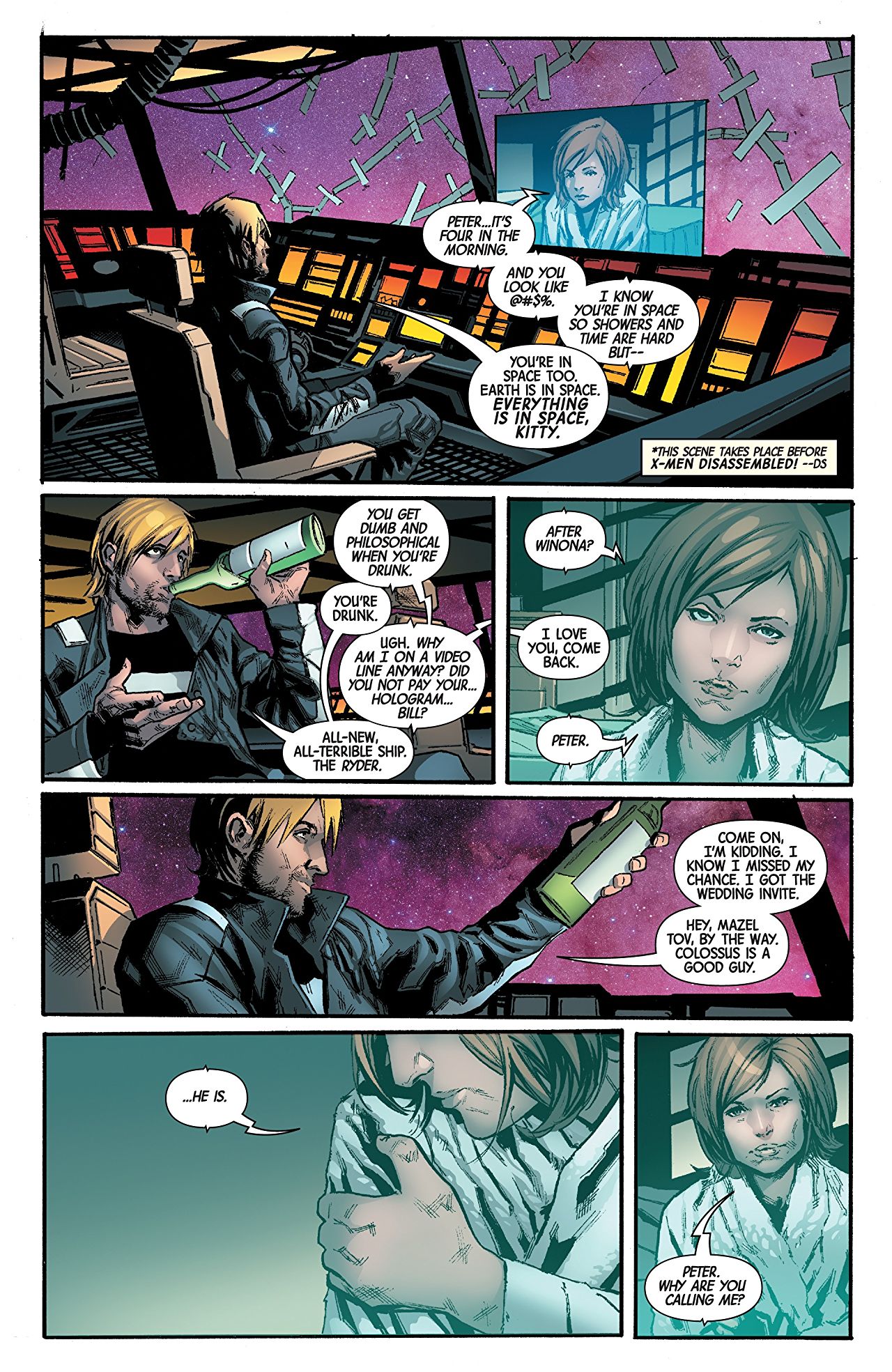 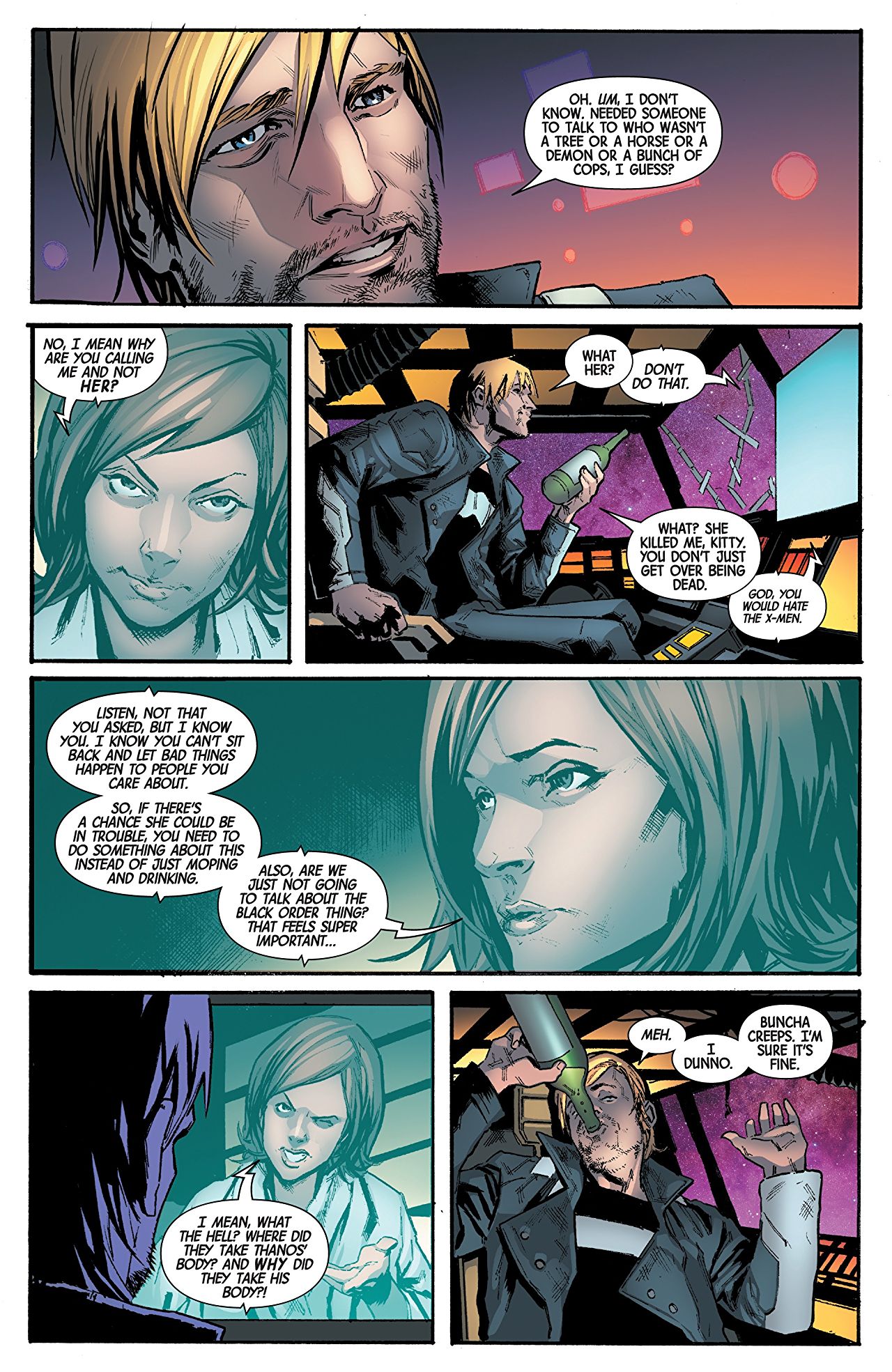