A Review of Guardians of the Galaxy #14

Ewing’s run has been a vast improvement for the Guardians of the Galaxy concept in that he has obviously made a conscious decision to abandon the goofiness that has plagued the concept since DnA’s departure and get back to serious storytelling. He has left behind the campy self-parody that became the sole focus of the book after the debut of the movie version of the team and instead of desperately chasing cheap laughs, he has delivered what true cosmic fans have wanted for a very long time now – a serious take on the characters. We now get character-focused stories where the characters behave in a mature fashion and use their powers and skills to effectively confront cosmic-level threats. Thank you, Mr. Ewing.

In this issue, two different teams of Guardians confront two different co-occurring but related threats. I’ve always thought that Guardians of the Galaxy worked best within the context of a large ensemble cast of characters – and Ewing appears to have come to the same conclusion. He deftly manages this Herculean (pun intended) task, making sure each character has an important part to play and taking pains to keep the characters’ voices distinct and in keeping with their historically developed personalities.

This is an action-focused issue, and the fight scenes were exciting and well-executed. I still have a problem with Doom being presented as powerful enough to take on the entire team or even being in the book at all. It feels like another instance of an Earthbound character being shoehorned into a cosmic book due to the mistaken belief that everything has to somehow be tied back to Earth for the story to be relatable to the reader. Not so. Never been so. Some of the best science-fiction/science-fantasy stories ever produced have had no ties whatsoever to Earth. That being said, I’ll hold off final judgment about Doom’s presence until the rest of the story unfolds, as developments in this issue suggest that there may be a good reason for him to be present.

Frigeri’s art and Blee’s colors are the icing on the cake of this issue. I prefer the more photo-realistic styles for Cosmic and Frigeri’s and Blee’s final products are delights to the eye.

Buy this book and show Marvel by voting with your dollars that this is the type of Guardians of the Galaxy book that we want now and into the future.

Guardians of the Galaxy #14 preview: 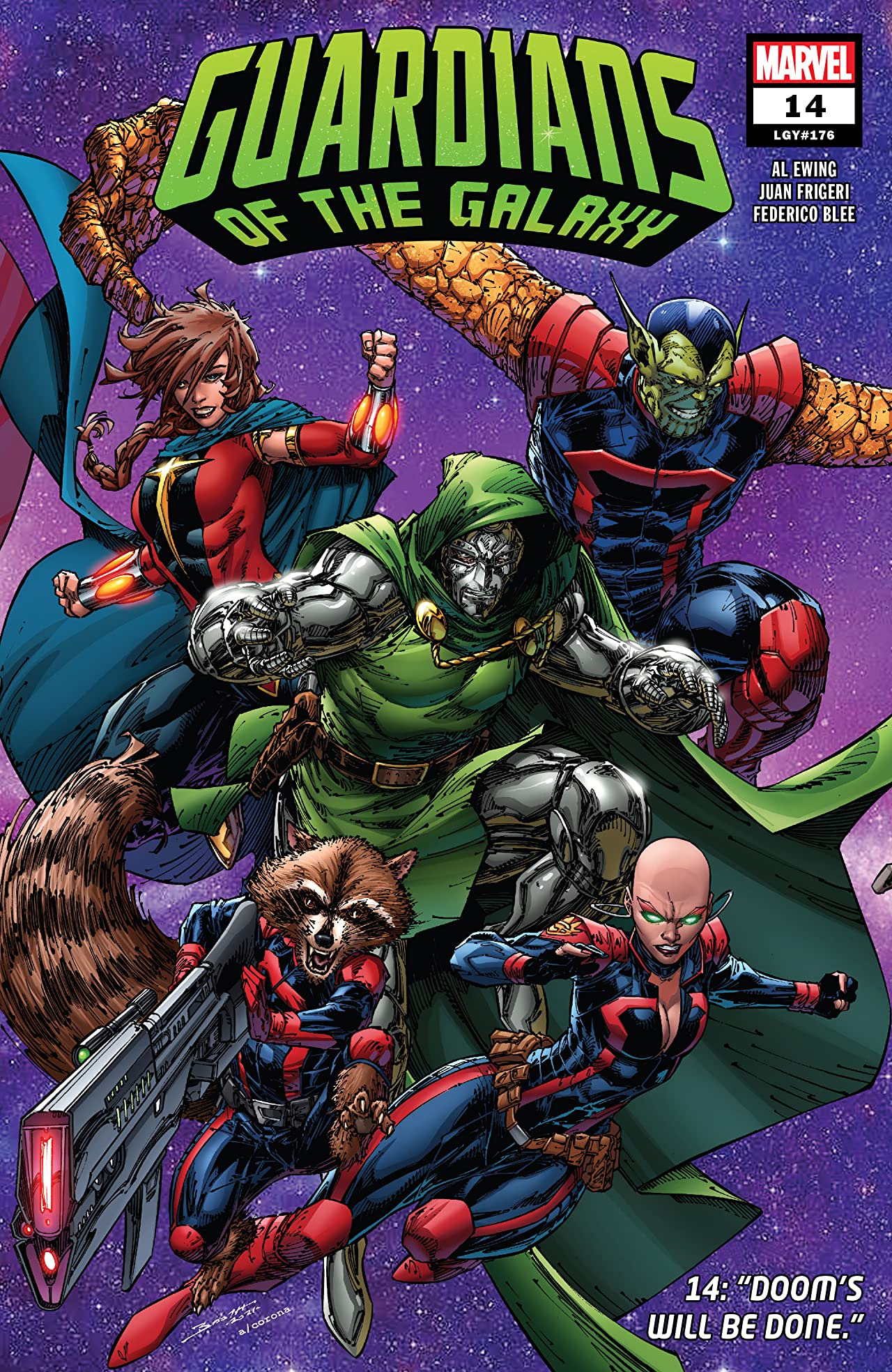 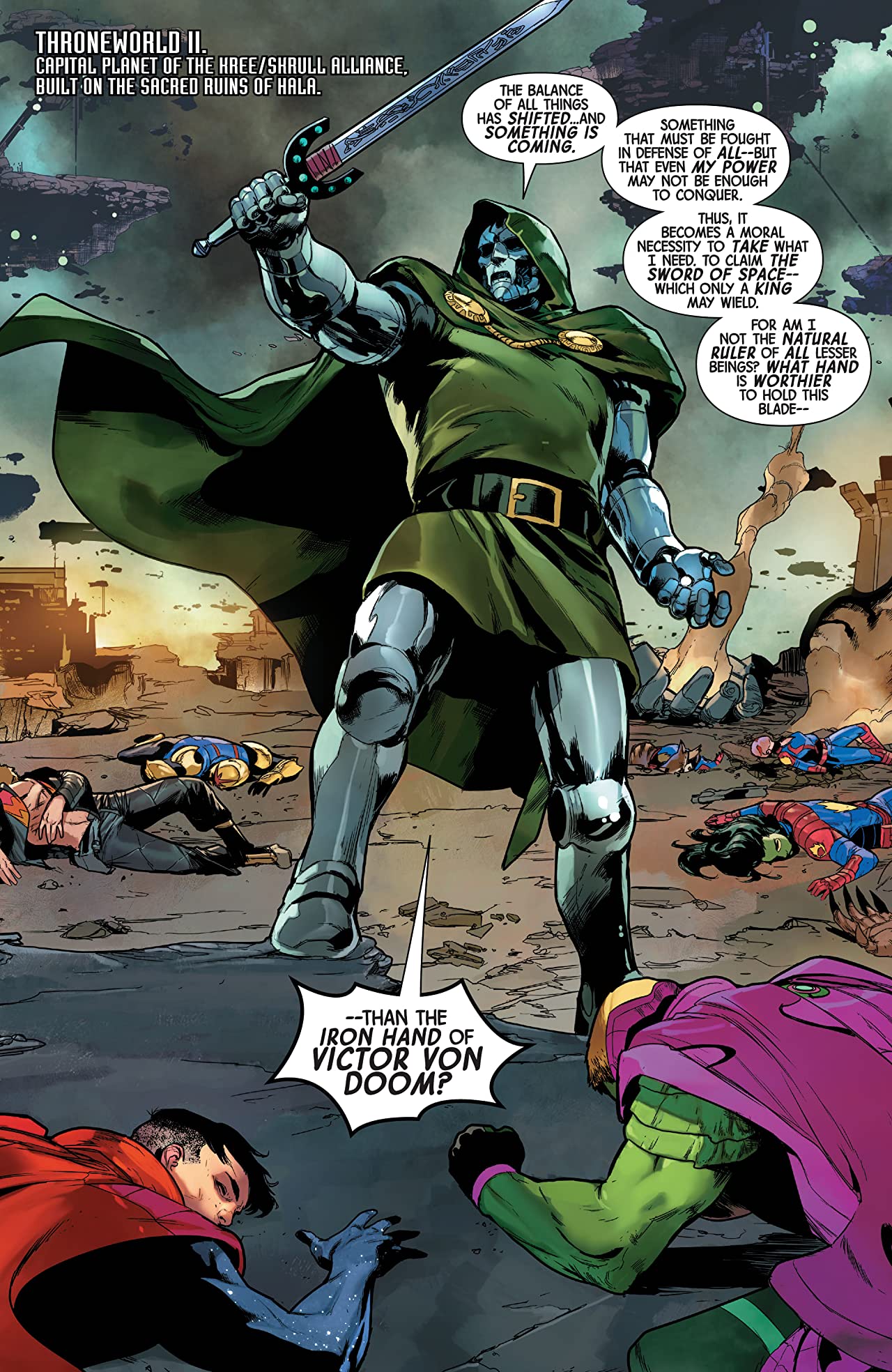 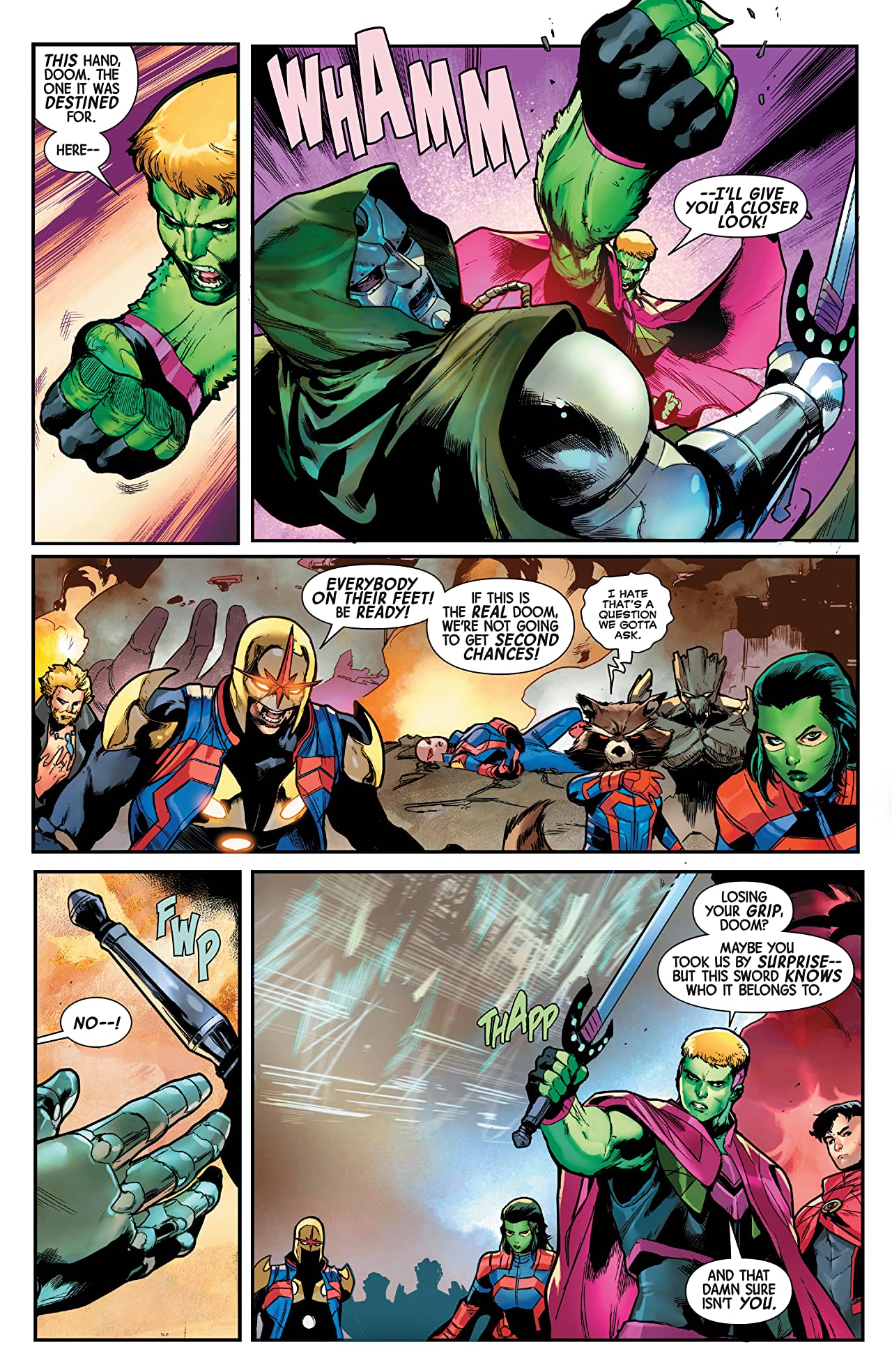 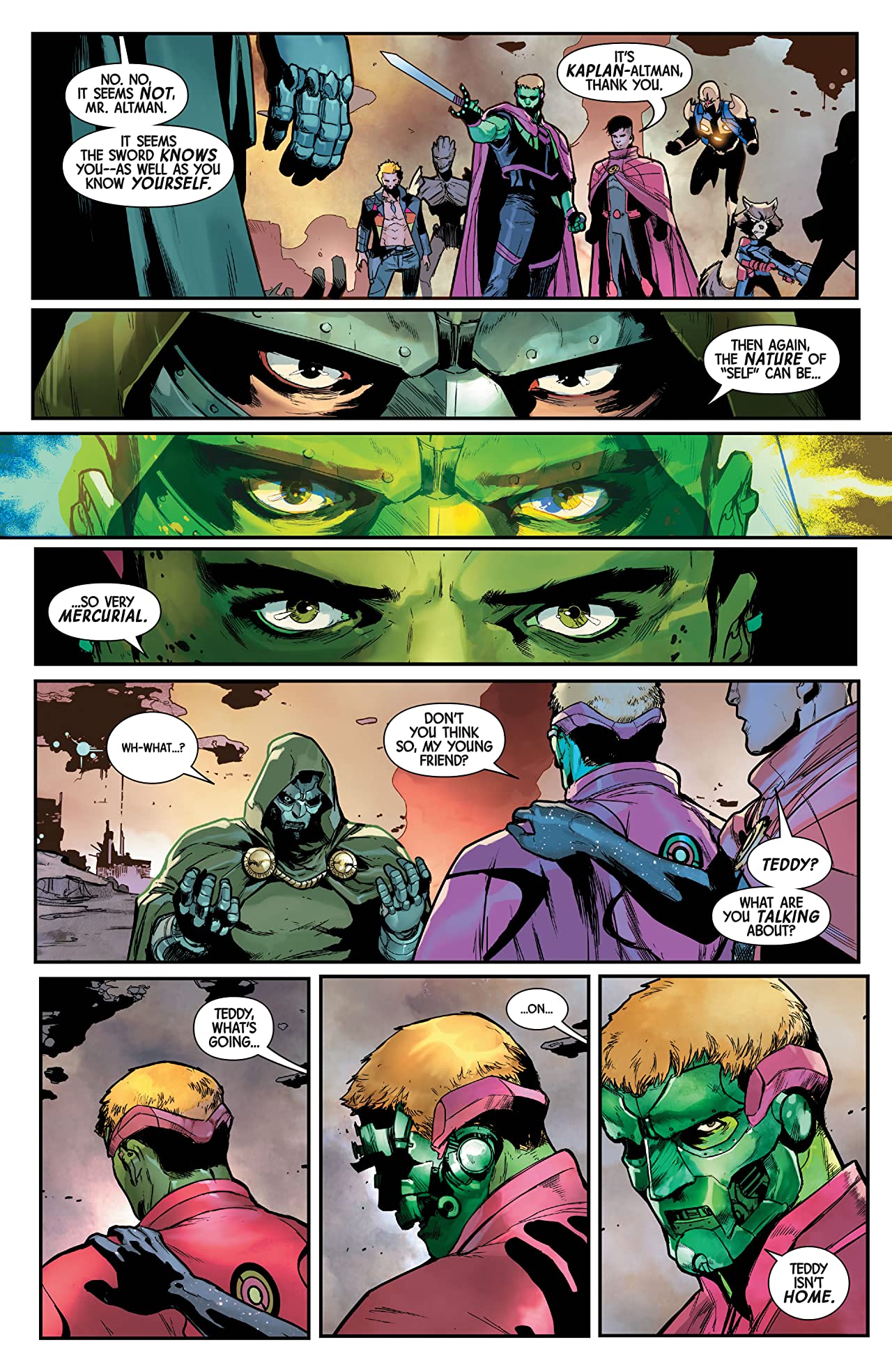