A batch of Green Lantern rumors has hit the net surrounding the upcoming HBO Max series as well as the planned movie.

WarnerMedia recently announced a Green Lantern live-action series is in the works for the HBO Max streaming service from Greg Berlanti and Geoff Johns that will span several decades focusing on two stories about Green Lanterns on Earth as well as one in space going into the Sinestro story.

Details for the Green Lantern movie include that Geoff Johns and his Mad Ghost production company are producing and that it will feature Hal Jordan and John Stewart.

Regarding the rumors, they were posted by an Instagram user possibly from 4Chan or other sources, so bear that in mind. See below. 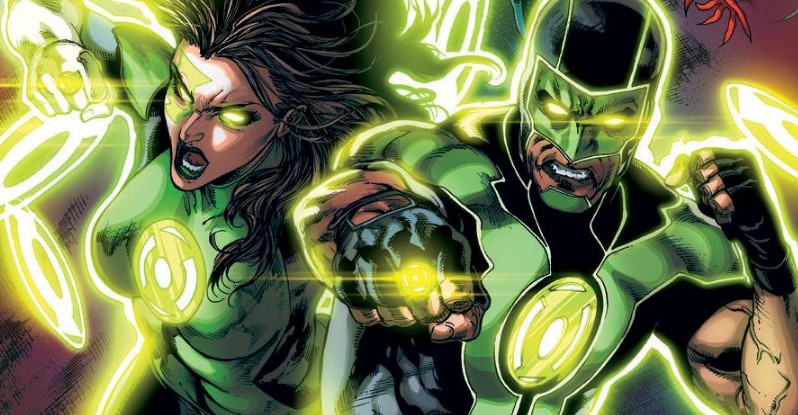 It’s claimed the Green Lantern HBO Max series will connect and be in the same continuity as the movie.

The Green Lantern HBO Max series is said to follow two timelines (as described above) and lean heavily into the mythology that Geoff Johns created with his comics.

The past timeline is said to focus on Abin Sur and Sinestro as Green Lanterns, which will set up the events that led to the downfall of Sinestro and Abin Sur’s death.

The second timeline is said to take place in the present involving Jessica Cruz and Simon Baz getting recruited into the Green Lantern Corps where they have to learn to work together.

It’s claimed that Hal Jordan and John Stewart will not be appearing in the HBO Max series, but their story is being saved for the movie.

Hal Jordan and John Stewart are to be a part of the “Honor Guard,” while Jessica and Simon will be the “Beat Cops” of Sector 2814 (Earth).

It’s also said there are talks about introducing Guy Gardner into Season 2.

It’s claimed that Kilowog, Tomar-Re, Katma Tui, and Salaak will be featured as the Green Lantern Corps trainers.

Fellow recruits of Jessica and Simon are said to include Boodikka, Laira, Stel, Green Man, Vath Sarn, and Isamot Kol.

The Guardians are also said to appear.

It’s claimed the villains of Season 1 will be The Manhunters.

It’s also claimed that casting for the Green Lantern HBO Max series is underway with Middle-Eastern males ages 25-35 being looked at for Simon Baz; Hispanic females age 21-29 for Jessica Cruz.

It is said they want an A-Lister to play Sinestro because Sinestro is the character that will be featured in both the TV series and the movie.

It’s claimed a name that is floating around for Sinestro is Jude Law (my note: doubtful as Jude Law plays a similar character in Marvel’s Captain Marvel movies).