The actor known for Supergirl and Mortal Kombat updated his Instagram profile with an image of the Green Lantern logo, but hasn't yet said anything about it, which has led to a lot of speculation.

While promoting the release of Mortal Kombat, Brooks actually told the Observer in April that he wants to play Green Lantern next:

Observer: Any other iconic characters you hope to tackle next?
Mehcad Brooks: I think Green Lantern would be amazing. Great question, brother. Green Lantern. But here’s the other thing too. I don’t just want to stick to the characters who were written African American because when a lot of the characters were created, people had really monochromatic existences to put it nicely. Segregation and apartheid in America was a real thing. And people didn’t see a diverse set of human beings in their daily lives so what that means is they wrote the characters that they knew. And so these characters, a lot of these superheroes if they were written ten years ago or five years ago, they might look like me. They might look like my Asian brother Lewis Tan. They might look different than how they were written in 1940 is what I’m saying.

So when you ask me that question, it’s a great question but it’s a more complex answer, because I think that there’s room for growth in diversity because these characters were written 70, 80 years ago some of them. And they weren’t thinking about people like me back then. I want kids who were born ten years ago, I don’t want them to feel the same way I did growing up, saying “Okay, there’s only a couple of us.” I want them to be able to look into any superhero universe or any heroic universe and say, “That could be me too.” And with that said, who are the African heroes? Like Shaka Zulu, Hannibal, where is our Black Gladiator? Where is our Black sword-and-sandal? Who was Othello before he was a general? I want to see those stories too.

Sort of like Denzel Washington’s upcoming The Tragedy of Macbeth. The characters don’t necessarily need to be blockbuster IP.
However, let’s look out for the conversation right there. Greek mythology made the superhero myths basically. Or the superhero myth is Greek mythology, they’re interchangeable. Shakespeare also wrote flawed anti-hero kind of superheroes, the kind that we’re seeing with Todd Phillips’ Joker. So we’ve been telling these stories, but I agree with you, I’m happy that we’re expanding beyond what our imaginations first connect to. So it’s a new day and it’s a beautiful day. 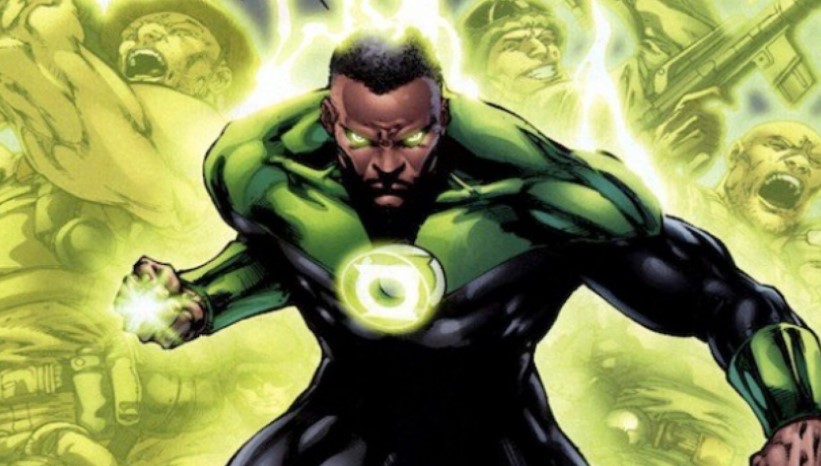 With Supergirl canceled, it's guessed Mehcad Brooks is done with the Jimmy Olsen role from the show, so it could be possible that Brooks may be involved with the Green Lantern HBO Max series or even the Green Lantern Corps movie.

Another possibility is that Mehcad Brooks is vying for a role in the series or movie and updated his Instagram account to create some hype, as we see from above that he said he wants to play Green Lantern but doesn't necessarily want to stick with black only roles.

The HBO Max series currently has Finn Wittrock as Guy Gardner and Jeremy Irvine as Alan Scott, so additional casting announcements should be forthcoming.

Regarding the Green Lantern Corps movie, nothing much has been said about that as of late, though Geoff Johns' production company's website still lists it in development stating: "Once of DC Comics’ greatest Super Hero universes, the film will feature Hal Jordan and John Stewart…"

Again, with a movie in development, it seems doubtful Hal Jordan and John Stewart will also be in the HBO Max series, but perhaps the two will connect, so it could be a possibility.

Zack Snyder also wanted to use John Stewart in the Snyder Cut of Justice League but revealed WB wouldn't let him, so we know something involving Stewart is in the works, but is it the HBO Max series, the GLC movie, or both?