Cosmic Book News has once again been provided information from our DC Entertainment source, and this time it's about Green Lantern 2.

Previously, we were told Man of Steel first draft script spoilers which revealed a scene that made its way into the Comic-Con footage.

We were also told information on the Green Lantern movie before the film debuted, which did end up in the movie.

Further information that we have been told that has panned out includes the Man of Steel movie spearheading a DC shared universe, the Justice League movie, and Cosmic Book News was the first to reveal a new Batman movie, some of which was confirmed by The Hollywood Reporter.

Cosmic Book News was also the first to give you a first look at Kilowog from the Green Lantern movie.

Now on to Green Lantern 2. 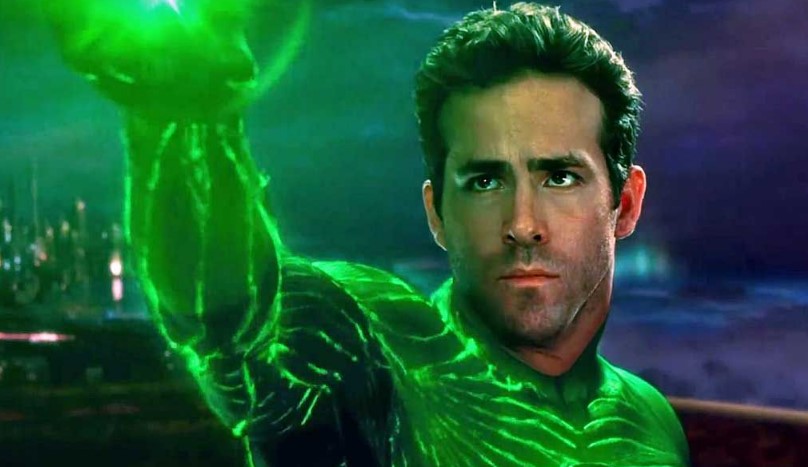 The story is by Greg Berlanti, Marc Guggenheim, and Michael Green with the screenplay by Michael Goldenberg, with details from the first draft as follows:

Update: The script was written in late 2011 by Goldenberg. The story treatment by Greg Berlanti, Marc Guggenheim and Michael Green was written before Green Lantern's release.

• Most of the film is set in space.

• At the start of the film, Hal Jordan and Sinestro are paired to stop an intergalactic serial killer, Arkillo, who Sinestro later frees to join his Corps and restore order to the universe.

• Sinestro's decision to leave the Corps is mainly due to his distrust of the Guardians and the fact he feels that the universe laughs at the Green Lanterns. Sinestro feels that a new Corps should replace them.

• Sinestro visits Warworld to recruit members to his new Corps.

• Sinestro frees Amon Sur and recruits him to his new Corps.

• There is a reference to Amon Sur's previous attempt to destroy the Corps, which happened in Green Lantern: Rise of the Manhunters.

• Carol Ferris is kidnapped by Sinestro to draw Hal Jordan to him.

• Jordan requests that the Guardians deploy the entire Corps to Korugar to rescue Carol and defeat Sinestro's Corps, but they deny his request. He subsequently makes a plea to the Corps via transmission of his ring. Several hundred respond and encounter Sinestro's fledging Corps in a battle above Korugar.

• Hal, Kilowog and Tomar-Re use the large battle taking place above Korugar as a distraction to sneak to the surface of the planet to rescue Carol. There, they are confronted by Sinestro, Arkillo and Amon Sur. Hal and Sinestro evenly match each other, while Kilowog defeats Arkillo, and Tomar-Re defeats Amon Sur before they rescue Carol.

• The battle between the two Corps ends with the Sinestro Corps retreating due to the majority having little experience with the ring.

• There is a foreshadowing to the third film with a discussion by the Guardians mentioning that a "War of Light" is coming.

• Ryan Reynolds, Mark Strong, Blake Lively, Geoffrey Rush are all contracted to return for the sequel.

• Kevin Michael Richardson is expected to replace Michael Clarke Duncan as the voice of Kilowog.