Check out a cool new image from the Godzilla: King of the Monsters movie featuring the titular titan taking on none other than King Ghidorah.

The pic is a screenshot from recent footage. Check out new spots below including Godzilla throwing down with the monsters from the movie.

Director Mike Dougherty previously described the film as “mysterious and powerful” which is “all in service of a heightened atmosphere,” noting, “There’s a certain operatic feel. I like to say that if Star Wars is a space opera, then what we’re creating is a ‘monster opera.'” 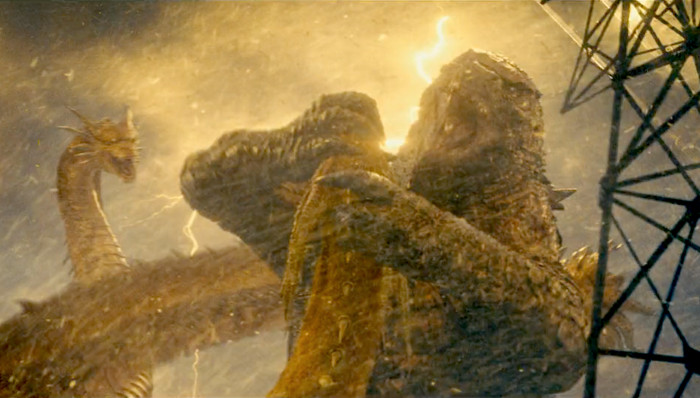