Godzilla: King of the Monsters is set to make its big debut in May featuring a battle of the Titans as the titular character will be going up against the likes of King Ghidorah, Rodan and Mothra, which sees director Mike Dougherty refer to the flick as a “monster opera.”

“I started with Toho movies to just get a sense of their shapes, their silhouettes, their sounds. Growing up with them, I obviously had an idea in my head, but I really wanted to refresh myself with them, especially because they’ve evolved so much over the decades,” Dougherty tells Total Film magazine in the latest issue about the kaiju in the movie. “I wanted to make sure we stayed true to the core traits that really makes us fall in love with the creatures. So, Mothra for example, is very colorful. Ghidorah, again, he’s a three-headed dragon, but he has very distinct traits – the golden scales, the very particular bat-like wings, the crackle that he emits when he roars. It’s trying to retain those key elements, distil them, and update them.” 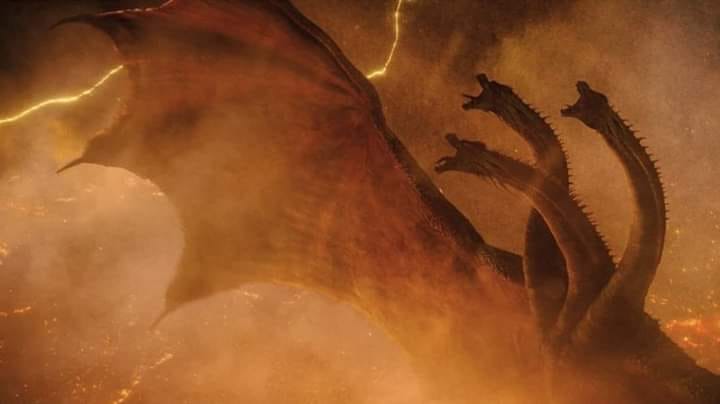 Dougherty continues by saying the creatures have a long history behind them.

“I wanted to bring in certain animal behaviors. They have certain intimation displays that they go about when they see a rival,” he said. “What I love about that is, you sense a consciousness. I wanted to bring that to the creatures. I didn’t want to portray them as just big, dumb monsters – but rather creatures who were thousands, if not potentially millions of years old, who have their own memories and even grudges.”

Dougherty says that when they were writing the movie, they wanted to put the “god” back into Godzilla.

“Myself and my writing partner, Zach Shields, we kept saying that we wanted to put the ‘god’ back in Godzilla,” he said. “By that, I mean, the way that I always saw the creatures growing up. I didn’t see men in rubber suits. I saw ancient, powerful, mythic creatures. To me, these creatures were intelligent beings fighting out old grudges. They were the equivalent of dragons and giants, and all the creatures you read about in mythology and the Bible. That’s what they were. That’s sort of element that we wanted to add to the film.”

Mike Dougherty also goes on to describe the soundtrack of the film as “mysterious and powerful” which is “all in service of a heightened atmosphere,” noting, “There’s a certain operatic feel. I like to say that if Star Wars is a space opera, then what we’re creating is a ‘monster opera.'”