The Flash spoilers from a recent test screening again offer that Supergirl replaces the Man of Steel Henry Cavill Superman.

Warner Bros. has already confirmed The Flash features Michael Shannon as Zod and Antje Trau as Phaora, which according to the leaks has to do with the Sasha Calle Supergirl. 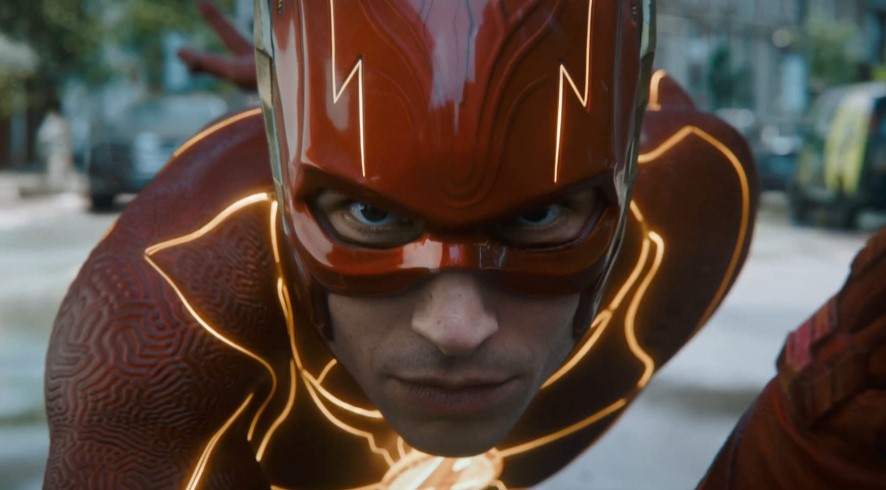 According to leaks from a recent test screening for The Flash, one of the best scenes in the movie is Zod vs. Supergirl, said to be very reminiscent of Man of Steel.

It’s further claimed that Zod only interacts with Supergirl in the movie, and that Ezra Miller is shown rescuing people in Metropolis during the Kryptonian invasion.

No further details are known and nothing has come out about Phaora, but what could be happening is that the Zod vs. Supergirl battle could be from an alternate universe where Supergirl came to Earth instead of Kal-El, so instead of “Man of Steel,” it’s “Woman of Steel.”

There has actually been a rumor that Zod kills baby Kal-El on Krypton, which could explain why Supergirl is the “Superman” of her Earth. This also would explain why the Sasha Calle Supergirl costume is so similar to the Henry Cavill Man of Steel costume, again, because the Sasha Calle Supergirl is from an alternate universe Earth where the Henry Cavill Man of Steel didn’t exist.

So in essence, what they are doing is redoing (fixing?) Man of Steel but with the Sasha Calle Supergirl (who wants to bet she doesn’t snap Zod’s neck?).

Regarding the Ezra Miller Barry Allen saving people in Metropolis, I’m guessing that would be in the regular universe, something we didn’t see in Man of Steel but “off-screen.”

So eventually what happens is that Barry Allen breaks open the Multiverse and the Sasha Calle Supergirl arrives on the regular DC Earth and timeline along with the Michael Keaton Batman.

Whether or not the Sasha Calle Supergirl sticks around isn’t known, but rumors have offered that is indeed the case and Supergirl is being used as a way to reboot Superman in the DCEU.

Obviously, a lot may have changed as Warner Bros. Discovery is now in charge and I’ve been told Henry Cavill can return to the Superman role if he wants to.

Worth a mention, and it’s pretty hilarious and not directly related other than they seem to be digging on Man of Steel, is that Superman & Lois had a similar scene in Season 2 to the end of Man of Steel when Zod was about to kill a family with his heat vision so Superman snapped his neck, but in Superman & Lois when Bizarro Lana is using her heat vision, Jordan simply turns her head. 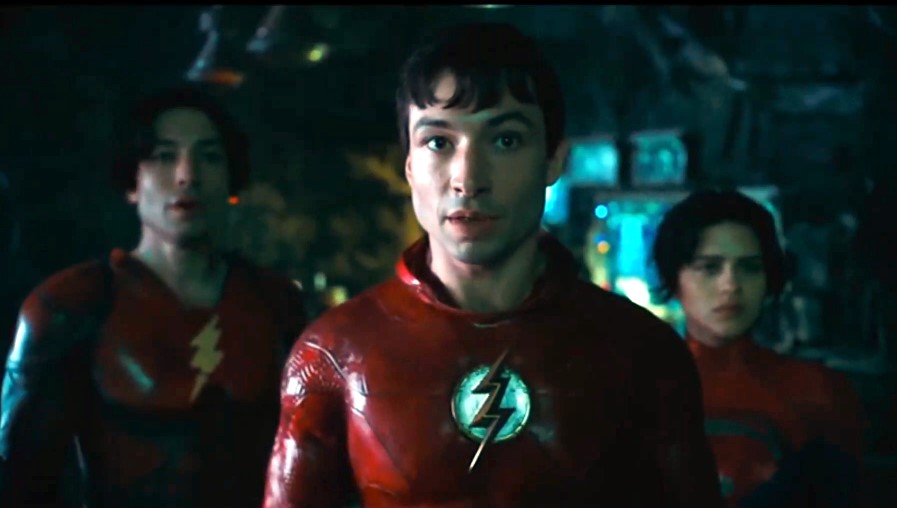 Additional rumors for The Flash:

Additional rumors offer the flick has tons of action, the visual effects are still being worked on, it’s claimed Ezra Miller is an amazing Flash and he is great as the Multiverse versions of him, there is a good use of time travel, Michael Keaton has great one-liners, Gal Gadot as Wonder Woman appears in the first act (she’s confirmed), cameos include Christopher Reeve’s Superman and Lynda Carter’s Wonder Woman, and rather oddly it’s said there are a lot of sex jokes in the movie as it is claimed there is a lot of comedy, and while sometimes they are overused, it’s claimed they do not harm the film (sync’s up with Muschietti’s weird comic book cover).