Another Eternals leak from a Marvel Legends action figure has hit the net, this time for the Deviant character, Kro.

The description on the packaging also further hints at the plot of the movie:

A powerful Deviant unlike any other the Eternals have faced over the millennia, Kro’s appearance is the harbinger for a global threat.

Worth a mention is that while the MCU version of Kro will apparently look a lot different than the comic book version, Kro in the comics is a shapeshifter, and Kro is also near-immortal, so maybe the Marvel Legends pics above is only one form Kro takes in the flick. 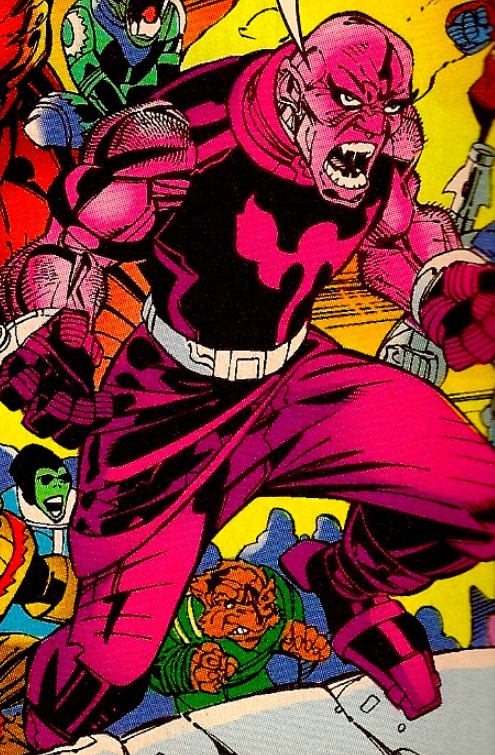 Eternals gets released Feb. 12, 2021 directed by Chloé Zhao and stars Richard Madden as the all-powerful Ikaris, Gemma Chan as humankind-loving Sersi, Kumail Nanjiani as the cosmic-powered Kingo, Lauren Ridloff as the super-fast Makkari, Brian Tyree Henry as the intelligent inventor Phastos, Salma Hayek as the wise and spiritual leader Ajak, Lia McHugh as the eternally young, old-soul Sprite, Don Lee as the powerful Gilgamesh, Barry Keoghan as the aloof longer Druig, and Angelina Jolie as the fierce warrior Thena, with Kit Harrington cast as Dane Whitman.