The question now is whether or not the Sam Raimi-directed flick will hit the magic billion dollar mark at the box office.

The Doctor Strange 2 box office has passed half a billion dollars.

The flick directed by Sam Raimi has a current worldwide box office gross of over $507 million.

The film also sports the eleventh best opening weekend domestically with a $187 million debut and the seventh-best opening for a Marvel movie.

The question now is if whether or not Doctor Strange 2 will hit a billion dollars at the box office which it would have easily done if it didn't lose out on upwards of $500 million or more from not being released in China, Russia, Ukraine, and various Middle Eastern Countries.

Doctor Strange 2 is tracking pretty close to The Avengers: Age of Ultron, the tenth best movie and the six-best Marvel movie, which made $1.4 billion worldwide, but Ultron made over $240 million in China and another $40 million or so from Russia and the Middle East, so it looks like a close call and Doctor Strange 2 will have to make up the ground elsewhere.

However, Ultron domestically is outpacing Doctor Strange 2, not by much, but it still is, as in its first five days of release, Ultron brought in $217.6 million to DS2's $213.6 million.

What about Spider-Man: No Way Home? There is no comparison as Spidey is outpacing Doctor Strange 2 by more than 50% in its first five days of release in the U.S. which brought in $328.6 million and Spidey went on to bring in over $1.89 billion. 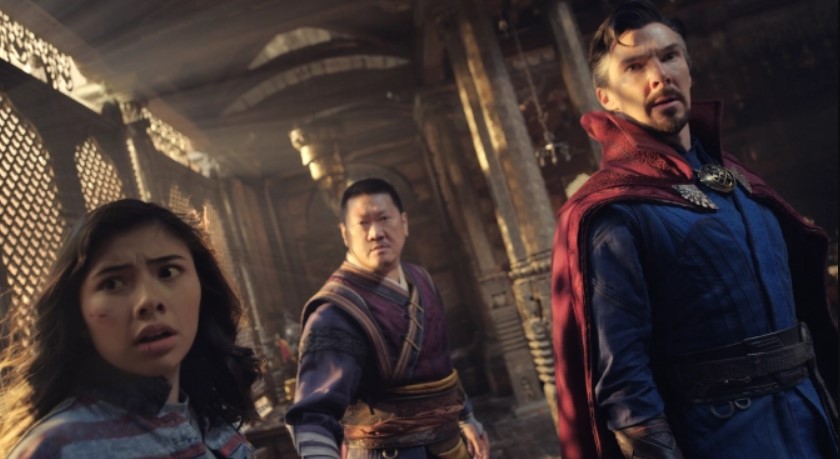