Disney has fired Kurt Sutter, the creator behind Sons of Anarchy and his current FX series, Mayans M.C., over what appears to be a backlash against the studio’s politically correct (PC) agenda.

Sutter confirmed the dismissal in letters he released to the cast and crew where he says he received the ax for being an “abrasive d-ck” and that he “clearly ruffled a few mouse ears.”

Sutter notes that while cast and crew complaints are being blamed, he says butting heads with Disney over the studio’s “PC restraints” is the real issue which negatively impacted the storytelling (note: bold my own):

Who I have been hard on this season is the studio and network. I’ve felt the creative scrutiny of Disney from day one. Notes on scripts and cuts have been heavy handed. Demanding a level of dumbing-down story and inane PC restraints like I’ve never experienced before. I genuinely feared for the creative future of the storytelling. So I pushed back.Hard. No different than I have in the past. In fact, much tamer than I ever was on SOA. However, I was dealing with personnel who didn’t know me. And my level of… passion. Clearly I ruffled a few mouse ears.

As a result of the recent purchase of Fox Studios, Disney now owns the FX network, which saw Disney’s human resources department investigate various complaints against Kurt Sutter with the end result being his firing from the show.

The word about Disney’s PC agenda is nothing new as it is destroying the Star Wars franchise and continues to infect the Marvel Cinematic Universe.

Read the letters below. 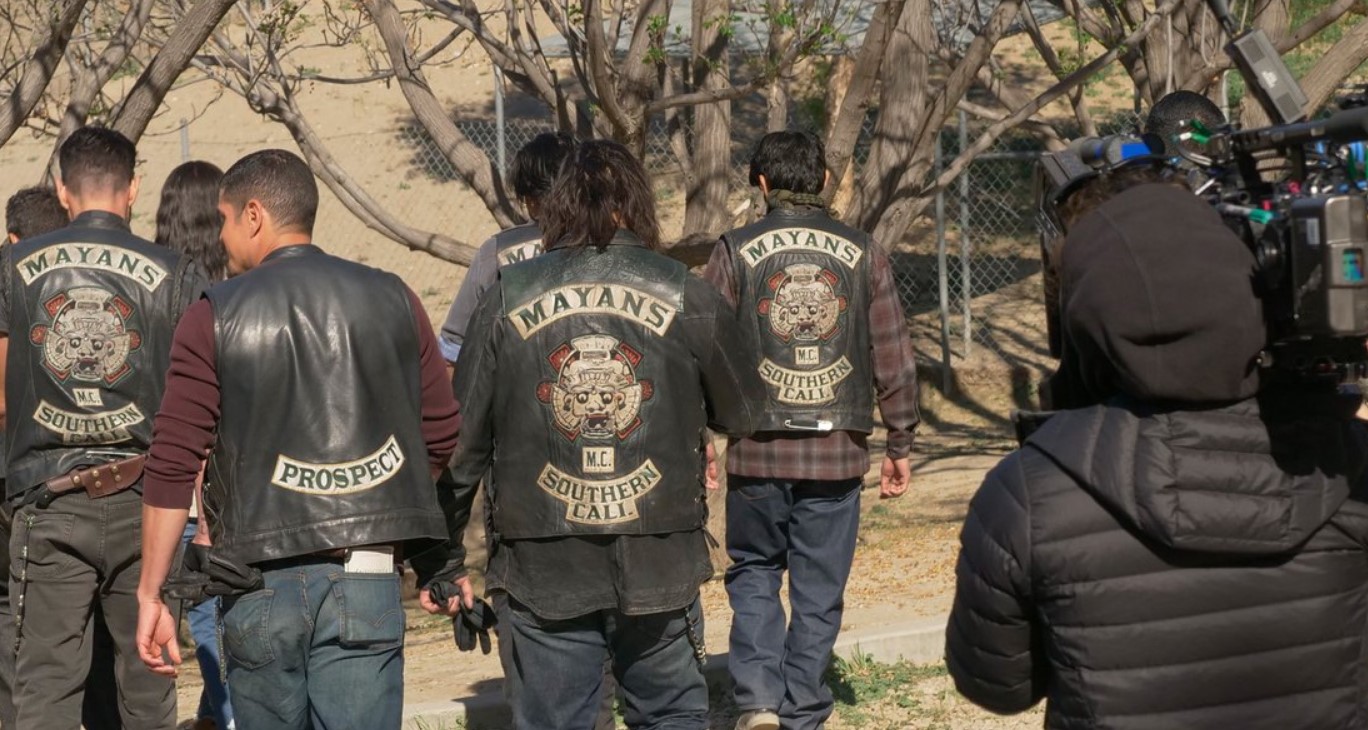 Here are the letters from Kurt Sutter:

The big picture. If anyone cares.
Thanks for taking a look.
—-
Let me begin by saying, I know who I am. I know the impact of my process. I’m intense and passionate. I take what I do very seriously. That’s what having a vision manifests. And if you f-ck with that vision, I’m gonna push back. When I’m right, I let the work speak for itself. When I’m wrong, I own it, make amends and fix it.

I pride myself on having a supportive and empowering set. I try to acknowledge all the hard work everyone does. I’m clear that it’s a collaborative effort. And I try to pass that philosophy down to my writers and producers so they do the same.

Disney letting me go today was apparently based on data collected by HR and Business Affairs from writers, producers, cast and crew. They claim the intel suggests that I created a climate of hostility, favoritism and enabled a set where no one felt safe or appreciated. I know that’s not true. I’m not saying it was all sunshine and roses, but I’m close with most of those guys and they love going to work. I’m also not sure how, having been on set… maybe three times all season, I was able to singularly create that much damage.

What I do own, what I see now in hindsight, is that detaching myself so much this season was a mistake. I understand how it was perceived as me sticking my head in the sand. And that people felt like no one was steering the ship. But that wasn’t a management error on my part, it was a creative decision to empower Elgin and the future of the show. The reason I decided to do it, was because the network forced me to hire a directing EP to run the production end. So I did. He came in with a lot of experience and his enthusiasm gave me confidence he could do the job. So, with Elgin, the new EP in place, and with Jon Pare our great line producer, I stayed focused on story, writing and post.

Never did I think the ship was off course until after mid season when I suddenly was bombarded with unfavorable reports about the tension on set. I am not going to mention names, because I don’t want to point fingers. So yes, there were complaints. And ultimately whomever they are about lands on me to fix. That’s when I contacted the network to let them know. They told me they’d look into it. And to sit tight. So I did.

Who I have been hard on this season is the studio and network. I’ve felt the creative scrutiny of Disney from day one. Notes on scripts and cuts have been heavy handed. Demanding a level of dumbing-down story and inane PC restraints like I’ve never experienced before. I genuinely feared for the creative future of the storytelling. So I pushed back.Hard. No different than I have in the past. In fact, much tamer than I ever was on SOA. However, I was dealing with personnel who didn’t know me. And my level of… passion. Clearly I ruffled a few mouse ears.

I know my role at Mayans MC was going to be greatly reduced. I am handing off the show to Elgin. So it’s not the job that’s the issue.

What pisses me off, what hurts the most, is that John Landgraf and Dana Walden sat across from me and sited a summary of a slanted truth formulated by lawyers and clerks. They blamed my dismissal on the cast and crew.

People I care about. People I respect. They had no first hand knowledge of anything they were saying. They’ve never been on set or spoken to any of my people. I’m not saying all of the intel was bullshit. But I know that’s not why I was fired. The truth is, the suits wanted me gone. I stepped on toes and bruised egos. And in this Disney regime, I’m dangerous to the wholesome brand. And clearly not worth the trouble. So 18 years of friendship, loyalty and producing quality television, was flushed down the drain. They threw me under the f-cking bus.

I send this diatribe because I feel deeply wronged. They embarrassed me. They created a false narrative that could damage my reputation and career. I want them to understand the depth of that mistake. 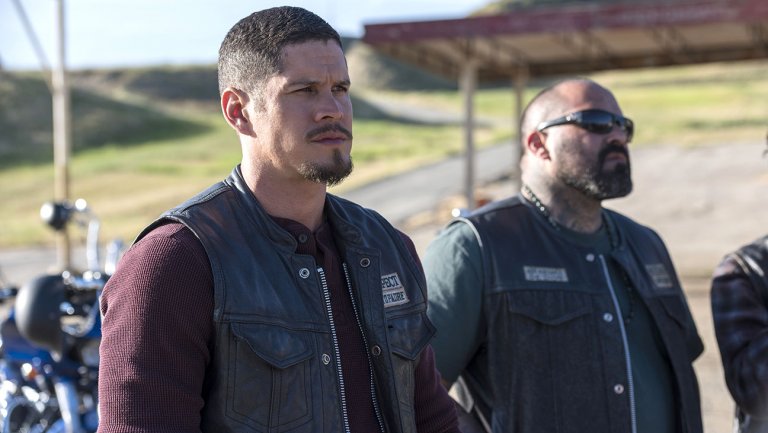 Sutter’s letter to the cast:

Apparently, Disney HR and Business Affairs has conducted an investigation into the unacceptable conditions that have been created on the set of Mayans in season 2. As you know, I’ve removed myself quite a bit this season, allowing others to take a bigger role in producing the show. It appears that philosophy has backfired. It’s been reported by writers, producers, cast and crew that my absence and subsequent behavior when there, has only created confusion, chaos, hostility and is perceived as abandonment. Or at least that’s how Disney has interpreted it. I’m sure it’s true.

This morning I was fired by Dana Walden and John Landgraf for all the complaints levied against me. Not the way I wanted to end my 18 year relationship with FX. At least being fired for being an abrasive d-ck is on brand.

I deeply apologize if I’ve made people feel less than or unsupported. My intention was literally the opposite. But clearly I’ve not been paying attention. My arrogance and chronic distraction has created wreckage. Just know, I adore this cast and crew.

I’m not sure what the fate of Mayans MC holds. But if it continues, you’ll still be in good hands. As I said at the premier, Elgin is ready to take on the challenge of running the show. I’m sure FX will get him the support he needs to find and follow his vision.

Thank you for the honor of working with all of you.

I don’t need, nor want, replies or condolences. I know where the love is. And for those of you who have it, I’m sure our paths will cross again.