This past week has seen director David F. Sandberg and even Aquaman‘s James Wan respond to trolls on Twitter in regards to the marketing surrounding Shazam! The trolls claimed and questioned why is there no promotion or new trailer with accusations flying that the reason is because the movie is bad or that they are trying to hide something.

Now Sandberg takes to Instagram to hopefully shut down the trolls once and for all as he releases an image of a Shazam! billboard. “It’s starting…” Sandberg reassures the fans.

Regarding what James Wan had to say, he basically said the trolls were also hounding him about the marketing surrounding Aquaman, that it would fail after the release date change or that it would get crushed by getting released in December with all the competition, but we know that is not the case as Aquaman is the #1 DC movie of all time and the first DCEU movie to hit a billion dollars. “Best thing you can do is ignore all the noise and distraction, and focus on your project and do your best. That’s all you can do,” Wan tweeted to Sandberg.

Like I have been saying, the promotion for Shazam! hasn’t been all that bad as there have been trailers, featurettes, images, toys and interviews released, and has Sanberg notes, it has just begun. 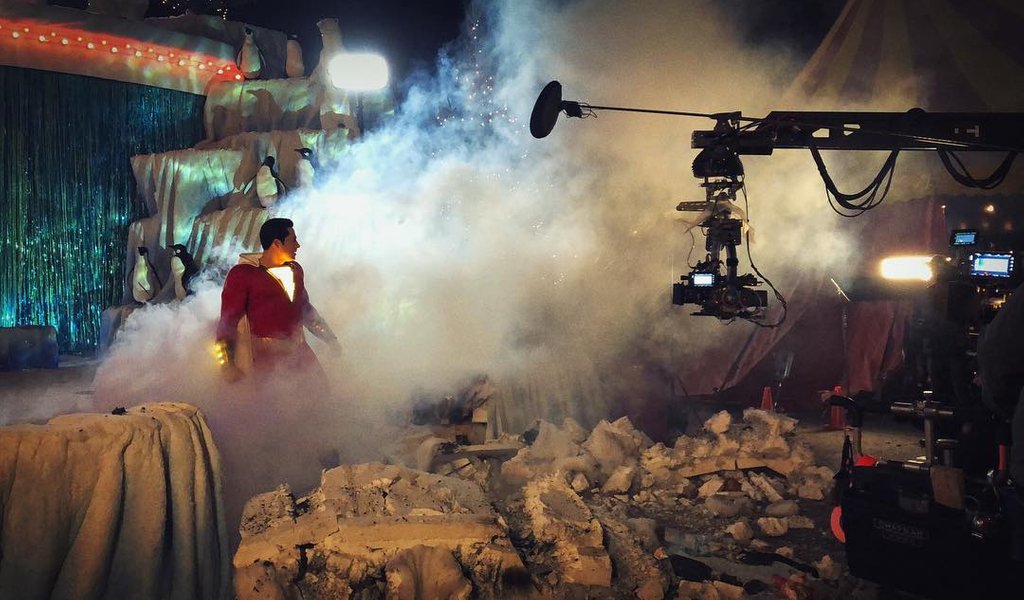 The movie is described as: We all have a superhero inside us, it just takes a bit of magic to bring it out. In Billy Batson’s (Angel) case, by shouting out one word—SHAZAM!—this streetwise 14-year-old foster kid can turn into the adult Super Hero Shazam (Levi), courtesy of an ancient wizard. Still a kid at heart—inside a ripped, godlike body—Shazam revels in this adult version of himself by doing what any teen would do with superpowers: have fun with them! Can he fly? Does he have X-ray vision? Can he shoot lightning out of his hands? Can he skip his social studies test? Shazam sets out to test the limits of his abilities with the joyful recklessness of a child. But he’ll need to master these powers quickly in order to fight the deadly forces of evil controlled by Dr. Thaddeus Sivana.