Dave Bautista, known for starring in Marvel's Guardians of the Galaxy movies as Drax, responds to a Green Lantern Kilowog fan-casting.

Kilowog recently appeared in the Snyder Cut of the Justice League movie where Kilowog was killed off in the Knightmare universe (see below).

A fan took to Twitter on Wednesday offering: "Yo, so hear me out @DaveBautista #killawog #GreenLantern #ZackSnydersJusticeLeague."

Bautista, who stars in Snyder's Army of the Dead for Netflix, responded: "Ok I know I’m not the best looking guy in the world but how come whenever I’m fancast as a character it’s always one that’s ummmm.... aesthetically challenged?! ... This is probably why I can’t get that rom-com lead!"

Kilowog is likely to be a part of the upcoming reboot of Green Lantern as an HBO Max series is in development and I've been told J.J. Abrams is taking on Green Lantern on the big screen. Michael Clarke Duncan voiced Kilowog in the 2011 Ryan Reynolds Green Lantern movie. 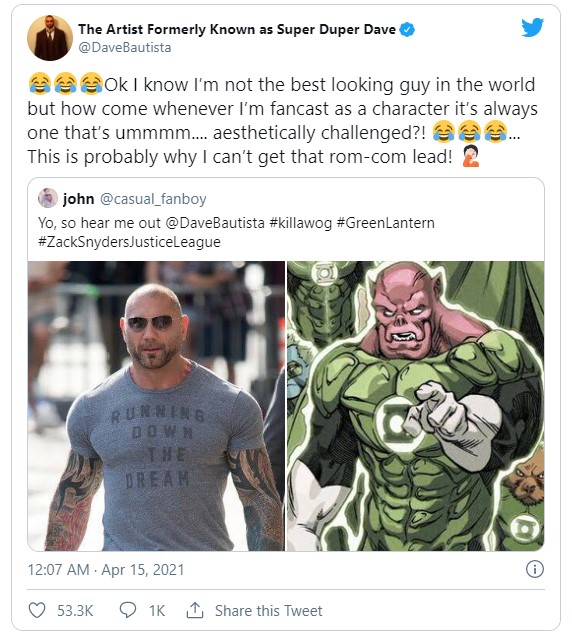 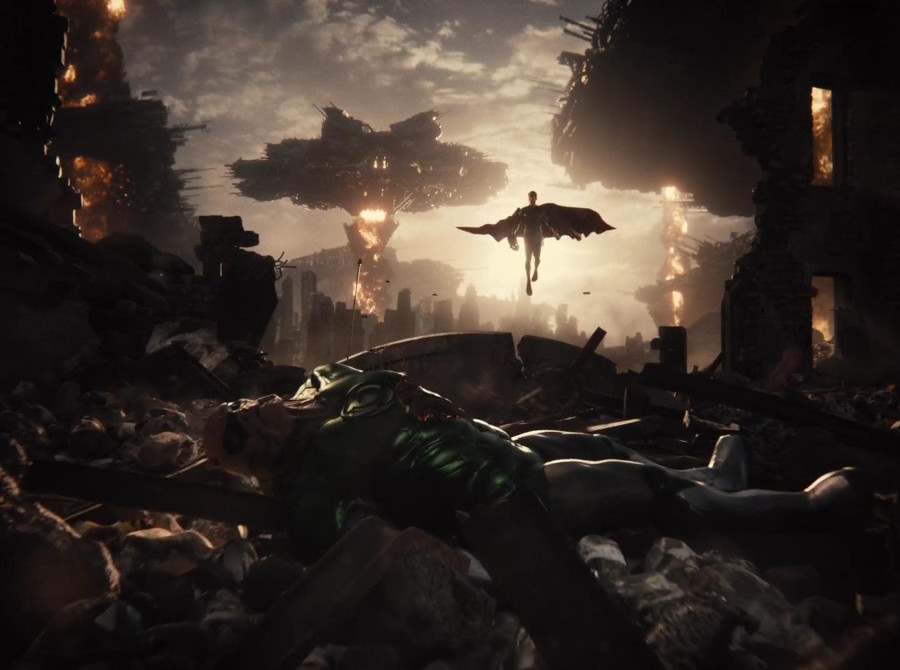