The highly anticipated release of the Cyberpunk 2077 video game featuring the likeness of Keanu Reeves has been delayed yet again.

The game's official Twitter account tweeted out an update announcing the news that Cyberpunk 2077 will now get released on Dec. 10.

Cyberpunk 2077 was originally planned for an April release, and then Sept. 17.

The company cites the reason for the delay due to having to work from home, which is a result of the fears surrounding the coronavirus.

While fans are upset, at least the company is being open about things and is making the game the best that it can be. 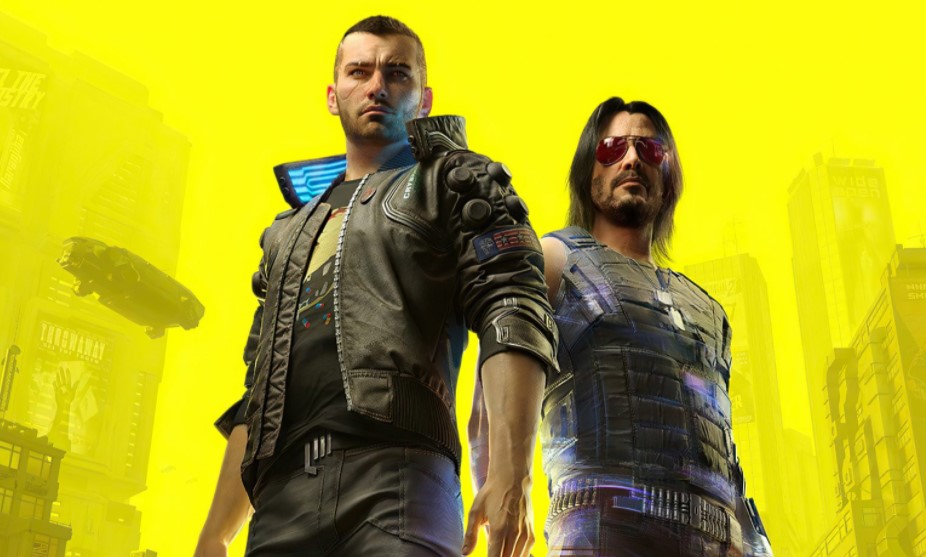 Today, we've decided to move the release date of Cyberpunk 2077 by 21 days. The new release date is December 10.

Most likely, there are many emotions and questions in your head, so, first and foremost, please accept our humble apologies.

The biggest challenge for us right now is shipping the game on current-gen, next-gen, and PC at the same time, which requires us to prepare and test 9 versions of it (XBox One/X, compatibility on Xbox Series SX, PS4/Pro, compatibility on PS5, PC, Stadia)... while working from home. Since Cyberpunk 2077 evolved towards almost being a next-gen title somewhere along the way, we need to make sure everything works well and every version runs smoothly. We're aware it might seem unrealistic when someone says that 21 days can make any difference in such a massive and complex game, but they really do.

Some of you might also be wondering what these words mean in light of us saying we achieved gold master some time ago. Passing certification, or 'going gold', means the game is ready, can be completed, and has all content in it. But it doesn't mean we stopped working on it and raising the quality bar. On the contrary, this is the time where many improvements are being made which will then be distributed via a Day 0 patch. This is the time period we undercalculated.

We feel we have an amazing game on our hands and are willing to make every decision, even the hardest ones, if it ultimately leads to you getting a video game you'll fall in love with.

We have important news to share with you pic.twitter.com/qZUaD6IwmM 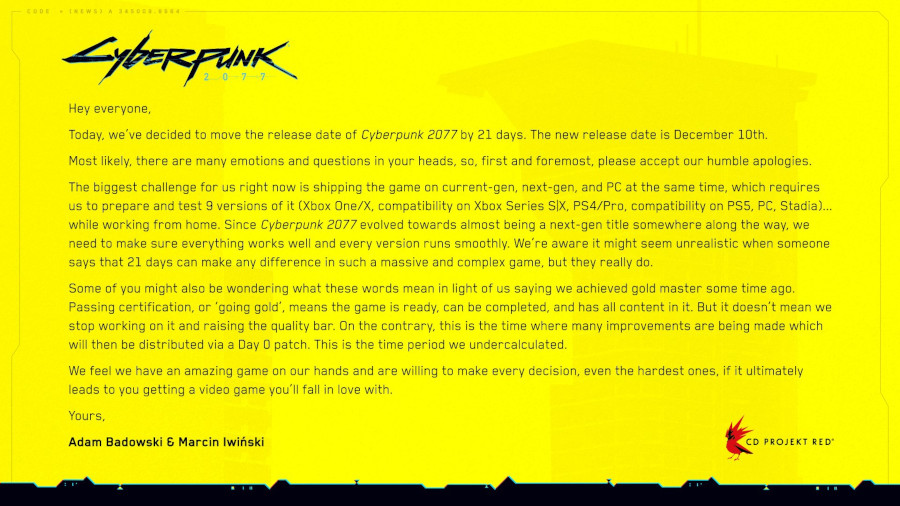