Tonight saw part 2 air of the Crisis On Infinite Earths crossover which is receiving mixed responses from fans on social media regarding the appearances by Tom Welling, Kevin Conroy, the Brandon Routh version of the Christopher Reeve Superman, and the return of Oliver Queen. 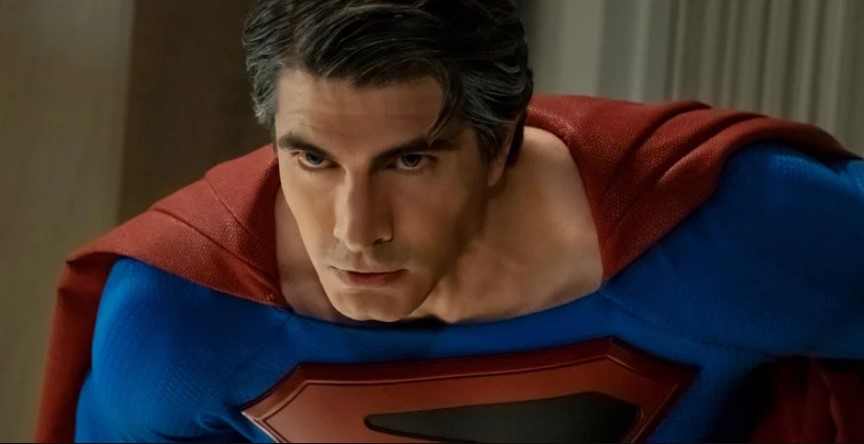 Regarding the Brandon Routh version of the Christopher Reeve Superman, it's revealed that the entire supporting cast from the Donner films has been killed off, including Lois Lane, Perry White and Jimmy Olsen, in a gas attack on the Daily Planet that Superman couldn't stop (for some reason). I guess those details about bringing back Christopher Reeve back in hologram form are wrong? The gas attack is adapted from the DC Comics "Kingdom Come" comic book where Joker committed mass murder and killed the entire staff of the Daily Planet, but I don't feel the Reeve Superman is the Kingdom Come version at all. Hopefully, the Reeve Superman is a part of another Earth.

I also can't wait to hear Mark Waid complain about how the fight wasn't taken to a cornfield and that buildings were damaged in Metropolis (lol). 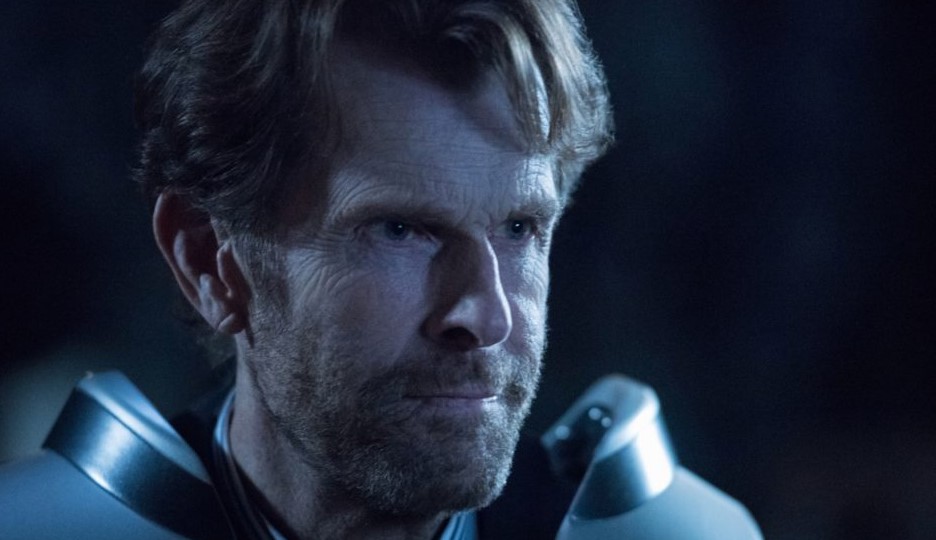 Crisis On Infinite Earths reveals Kevin Conroy as a murderous Batman who has been injured while killing Superman.

Kate and Kara go to his Earth to find the "Paragon of Courage," but instead find this mad version of Batman that attempts to kill them. The Conroy Batman has kryptonite and takes out Supergirl, while with one kick, Kate sends Conroy flying where he gets electrocuted and dies. LOL. Lame. It's revealed that Kate is the actual Paragon of Courage, and of course, is the future of the  "Bat" family. Yawn. 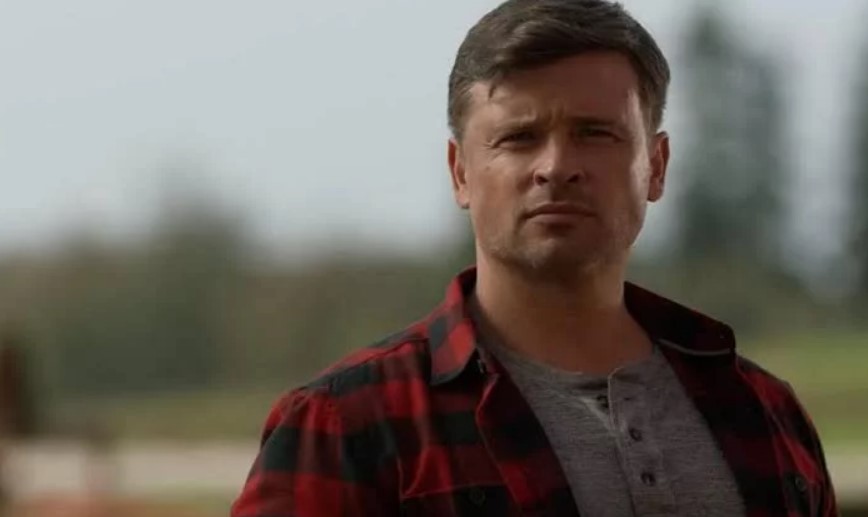 I guess Michael Rosenbaum was right to turn down the offer to cameo in Crisis On Infinite Earths. Rosenbaum basically said things were a big mess, there was no script, etc., and he was right.

Crisis did reveal that the Smallville Lex is the president of that Earth, which is pretty cool, but fans aren't happy with Tom Welling, as it is revealed he gave up his powers to have a family. If you have been following Tom Welling for the past ten years or so, you know he's pretty much dead against donning the Superman suit, so this isn't too surprising, but since he was appearing in Crisis, a lot of fans were hoping he would wear the suit, and now they are really disappointed. It's revealed that Kryptonite no longer affects him because he gave up his powers and that he has daughters with Lois.

Obviously, Welling would only come back if he wasn't wearing the Superman suit. Cha-ching! 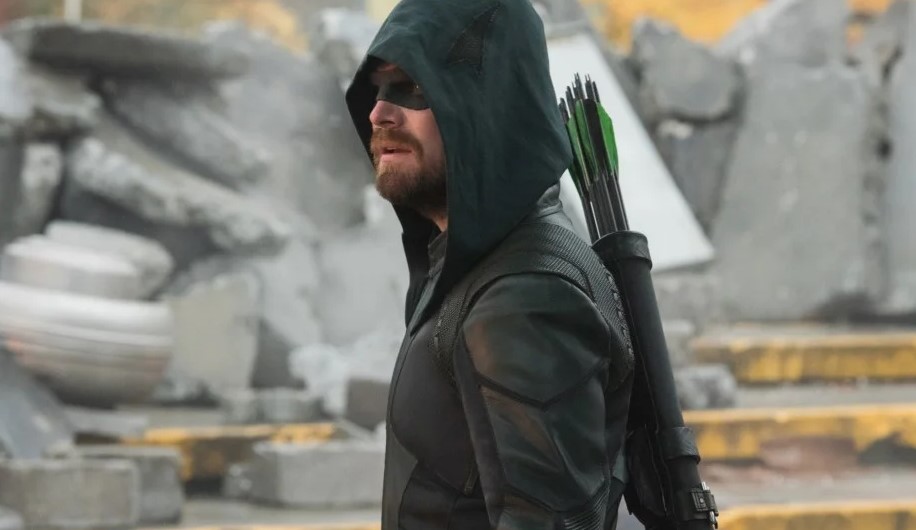 Some fans also aren't happy that Oliver Queen has been brought back to life so quickly and through the use of a Lazarus Pit, as the show didn't use a Lazarus Pit to bring back Laurel.

I guess you can't make everyone happy.

Here are some reactions, mine included:

They killed off all his supporting cast smh pic.twitter.com/I3bGNXxFI7

He was on disadvantage because of his experience-suit!!

Smallville Clark giving up his powers basically made the decade I spent watching him become Superman pointless... all for a cameo. So very disappointed.

It goes against literally everything he learned on the show. He would have never made that choice.#CrisisOnInfiniteEarths

Typical excuse for Tom Welling never to be seen to put on the suit. Smh no wonder why he agreed to appear in it

Agreeded. They missed the chance to truly pay homage to the show that setup the arrowverse's success. He should have been an integral part of the story. Hell, you'll have scarified him then... #CrisisOnInfiniteEarths

Plus, this means he was only Superman for a shorter time then he was learning how to use his powers on the show!!! Like... what was the point?

And yet in the comic he apparently stopped Crisis from happening on his Earth already they really missed the mark. Smh guess for me I just have to make a custom Mezco Tom Welling figure to have him in the suit because he's too chicken to put it on.

Exactly, so they pretty much saying the comics for Smallville are non-canon anymore if he was only Superman for a short time. Lmao they pulled a Star wars in a sense by making the comics as alternative stories ------

I wonder if Tom Welling's Clark is at least a little worried by the news of the Multiverse coming to a end & he doesn't have his powers to protect his Lois and their daughters??#CrisisOnInfiniteEarths #Smallville #Superman pic.twitter.com/0SWFXsp86W

I’m sorry but I believe it was a HUGE let down and a slap in the face to us #Smallville fans! I was SOOO EXCITED when I first heard about their appearances... now, after seeing it... I personally believe it wasn’t worth it whatsoever and that makes me so sad

So, you can go to other earths' Lazarus pits to bring your friends back from the dead? That means Guggenheim has written himself out of excuses not to bring E1's Laurel's rotting corpse to another earth's Lazarus pit and RAISE HER THE FUCK UP!!! #CrisisOnInfiniteEarths

Lazarus pit will come in handy for everyone but Laurel ---- https://t.co/khuyv8BtKt