The first issue kicks off Wednesday, March 6 and sees Cosmic Ghost Rider trapped where he doesn't belong -- in the past. While he's there, he'll take a few liberties with the origin stories of classic Marvel heroes including Captain America, Spider-Man, Jean Grey, and the Fantastic Four.

Check out the cover for the first issue by Gerardo Zaffino below.

Also look for Cosmic Ghost Rider next month in Donny Cates' new Guardians of the Galaxy. 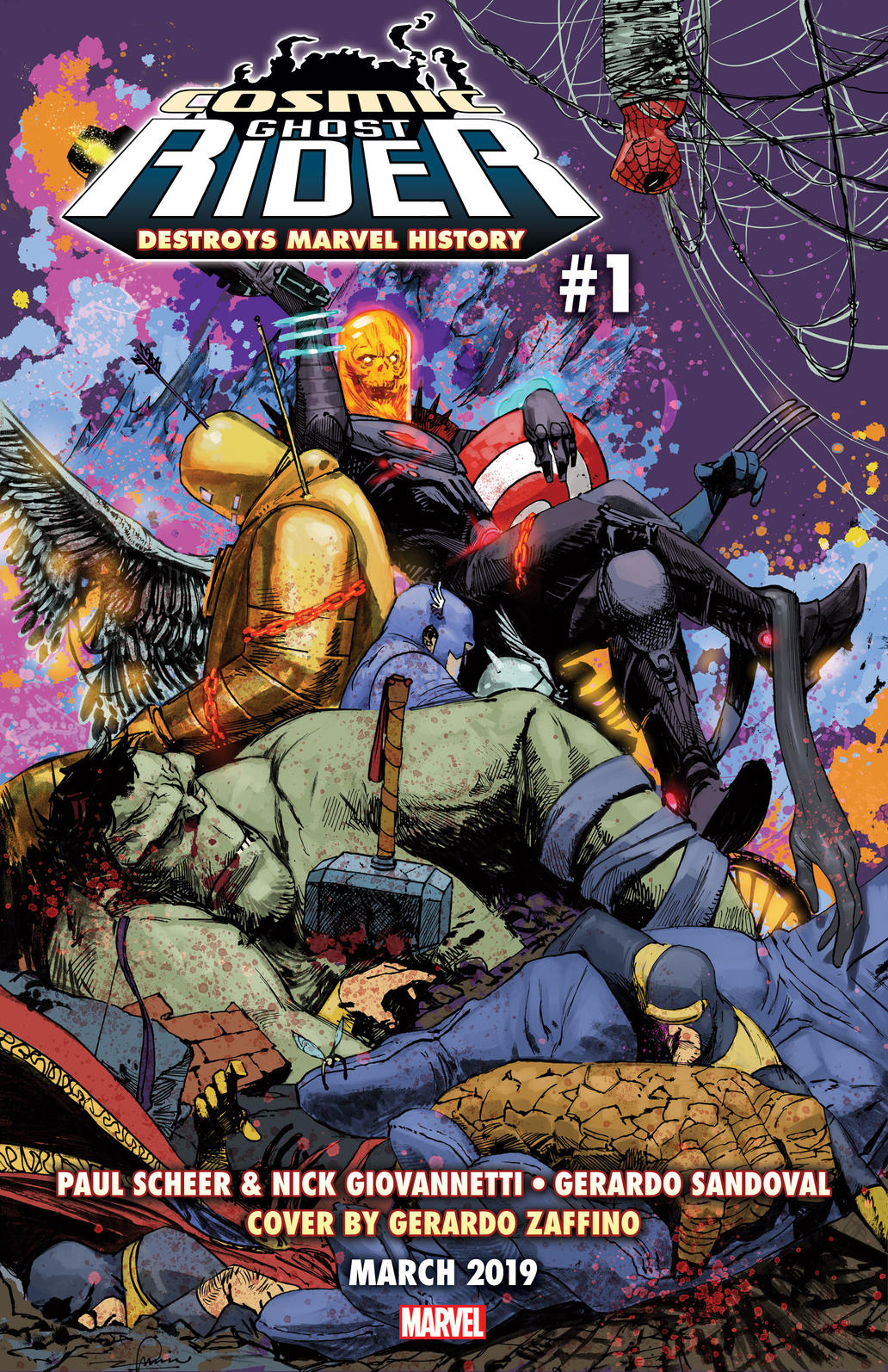