Next month sees Donny Cates’ Guardians of the Galaxy debut from Marvel Comics with the good news being it will be more like the 2008 Dan Abnett and Andy Lanning version and less like the Brian Bendis and James Gunn goofy rendition that ruined the characters.

As readers of this site know, Cosmic Book News was started as a result of Annihilation, Nova, Quasar and Abnett and Lanning’s Guardians of the Galaxy and Marvel Cosmic; however when James Gunn came on board the movies, the comics and characters went to sh-t and have been ever since.

Now with Cates writing a new Guardians of the Galaxy, he says it won’t be like the Bendis or goofy Gunn version, but more hardcore and serious like Abnett’s Guardians. 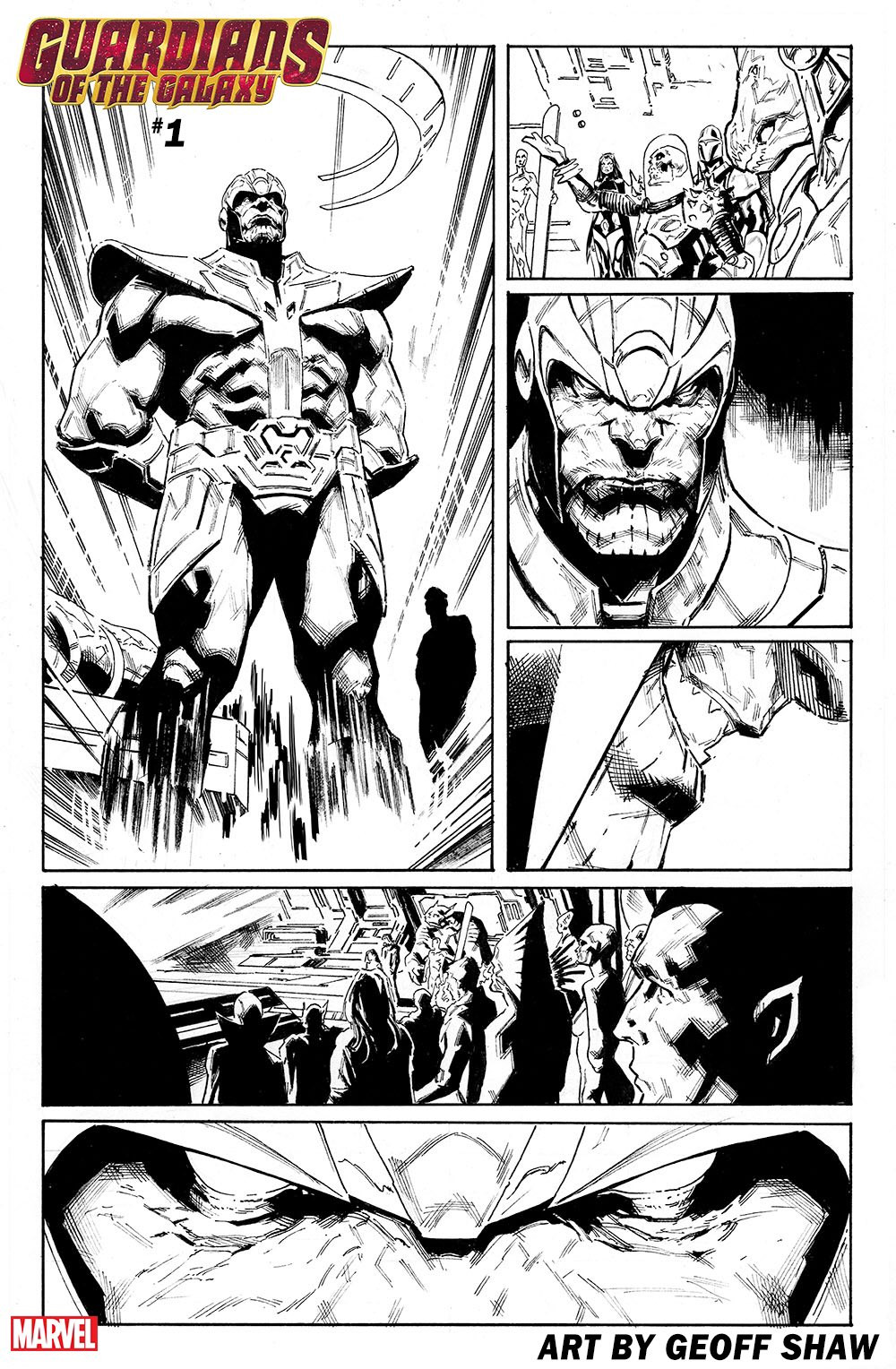 “Nah, I’m not concerned with those films. They’re chasing me. Other way around,” Cates responded to questioning if his Guardians will be like the MCU movies while at a panel at the Memphis Comic Expo (via Blerd Without Fear YouTube Channel).

While Cates’ Guardians book won’t be goofy, it still has Cosmic Ghost Rider.

“I mean Cosmic Ghost Rider is on the team, which is fun,” Cates added.

Donny Cates then gives kudos to the Dan Abnett and Andy Lanning Guardians, which he says is more like his book (Marvel Cosmic fans rejoice!).

“Someone once said about the Guardians of the Galaxy films when they first blew up that everyone was surprised that they did so well, but they weren’t, because it’s a film about two Han Solos and three Chewbaccas. Which is what it is, right?” Cates said. “So I have a little bit of that in there, right. But. People tend to forget that a lot of those storylines, and especially the team that makes up the film team, is based on that Abnett and Lanning stuff. The film has its own tone, which is like very fun and light and everything, but the Abnett and Lanning stuff is hardcore. I mean, there is some wild stuff that goes down those ranks. It’s not been a kind of jokey cartoony book until the films came out.” 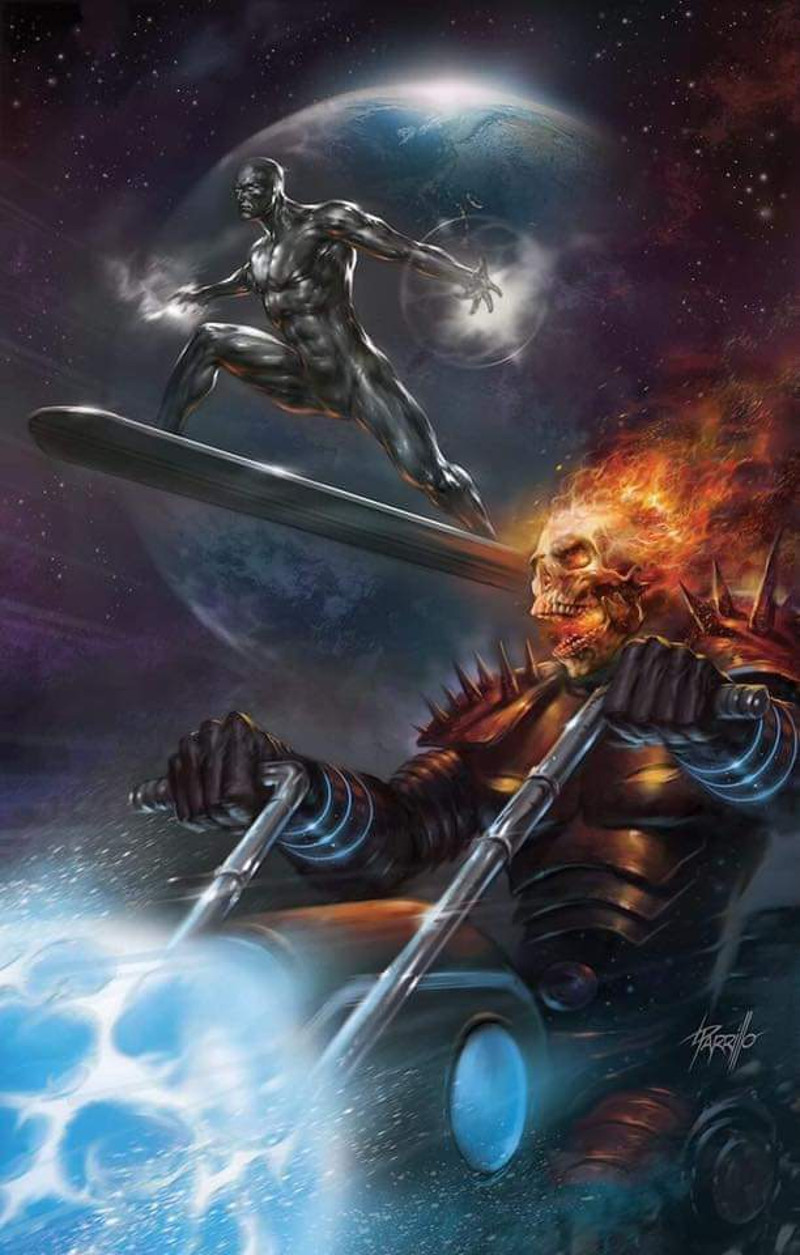 Cates continues with a possible a hint that he might be killing characters off, similar to what he did with his Death of Inhumans, but perhaps not on the scale (maybe the goofy version of Star-Lord?).

“My run is not funny. At all. Cosmic Ghost Rider is funny. Peter Quill is funny-ish. He’s having a hard time in that book, but [the book is] me. I mean it’s not as me as Death of Inhumans. Boy, I was going through some stuff. I apologize. Sometimes you gotta kill a dog. I killed everybody. Sorry,” Cates said. “[My] Guardians of the Galaxy is brutal. That’s what I love about space. The cosmic Marvel stuff, the scope is massive, and you can do these huge things. It’s very much in a lot of ways a spiritual sequel to my Thanos series. It’s picking on some stuff there. You know Thanos is ‘dead.’ It’s that same kind of tone.”

Peters cassette deck is shattered in my guardians run. Take from that what you will. https://t.co/O9pop6XbjN

Donny Cates then offers what fans can expect.

“What can I say about that series? You’ll notice that Rocket is not in my lineup. I would start paying attention to where the hell Rocket is. Beta Ray Bill is on my team, which is dope. Love Beta Ray Bill. I can’t say who else is on my team.

“I will say, we kept on throwing around The Authority as a tone thing, like it’s big, widescreen action,” Cates continued. “It’s the craziest action set piece that I have ever done in a book. Geoff Shaw is my artist on it. We did God Country together and Paybacks and Buzzkill and Thanos Wins. I’ve never thrown anything at Geoff that he has blinked at, as far as drawings. He called me up after he read the first issue, and he was like, ‘Man. F- you. Are you serious about this?’ He was like, ‘This is insane. This is impossible to draw.’ I was like, ‘This sounds like a you problem. Bye [laughter].'”

Cates further teases that massive changes are in store.

“So, people are going to be very confused after the first issue. You are going to know who exactly is on the team, but as for what happens to a bunch of–I can’t say anything else. I can’t say,” Cates teased.

It’s then remarked that it sounds like Guardians of the Galaxy #1 is a key issue.

“It is. I’d pay attention to that first issue. It’s crazy,” Cates said.

Watch more from Donny Cates in the video below where he also lets it be known he was an intern at Marvel back in 2010 and responsible for writing the recap text at the start of each Marvel comic book.

Guardians of the Galaxy #1

Guardians of the Galaxy #1 hits stores January 23, 2019. Here is the solicit and two more of the eleven covers:

WHO WILL STAND? The universe is on fire. Hundreds of worlds are at war. Never has there been such hatred and division across the cosmos. And in spite of all this, Thanos of Titan is still dead…or is he? Now, more than ever, the cosmos need the Guardians of the Galaxy…but in the aftermath of the Infinity Wars, who is left to answer the call? Featuring every cosmic super hero in the known universe by the THANOS WINS creative team of Donny Cates and Geoff Shaw! 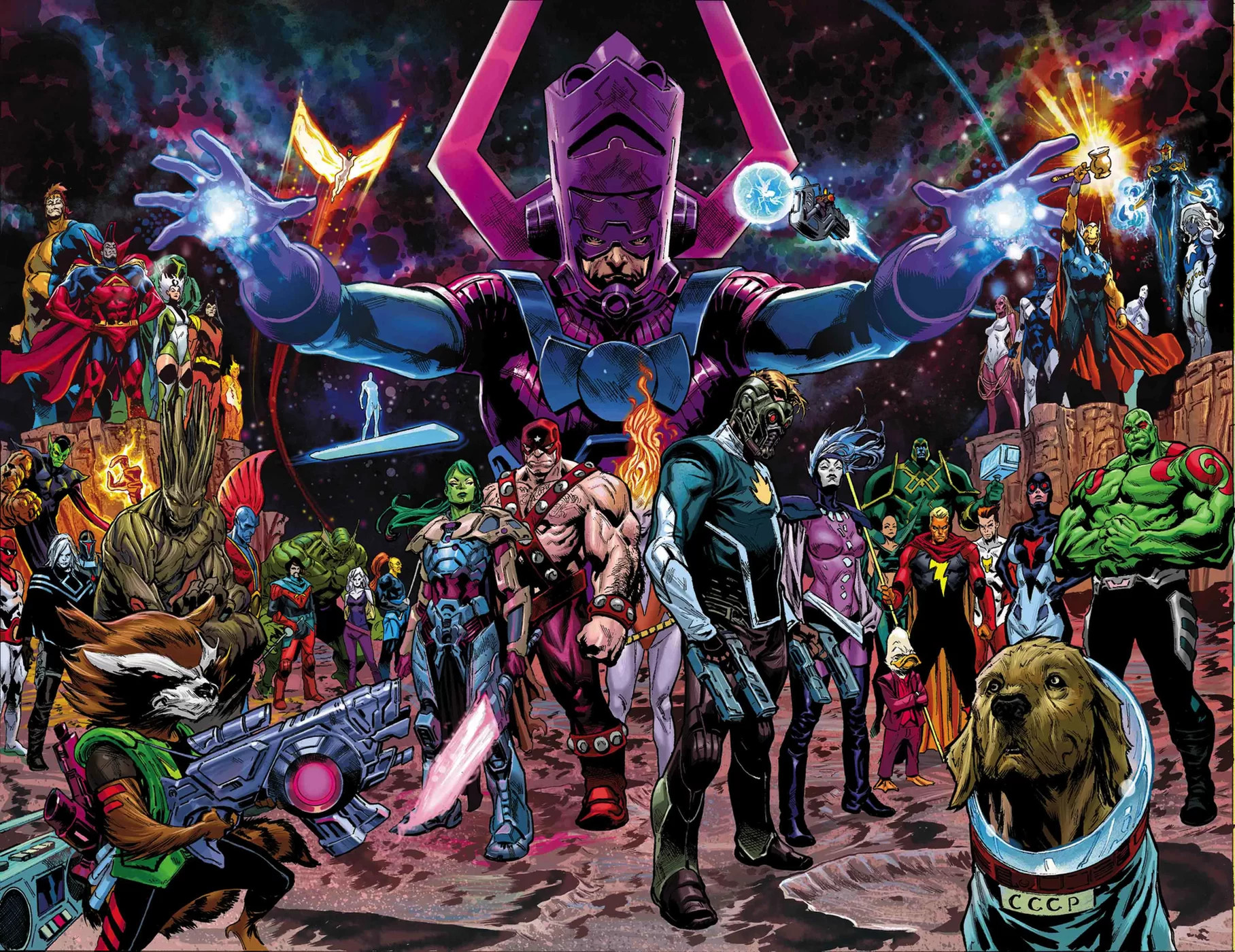 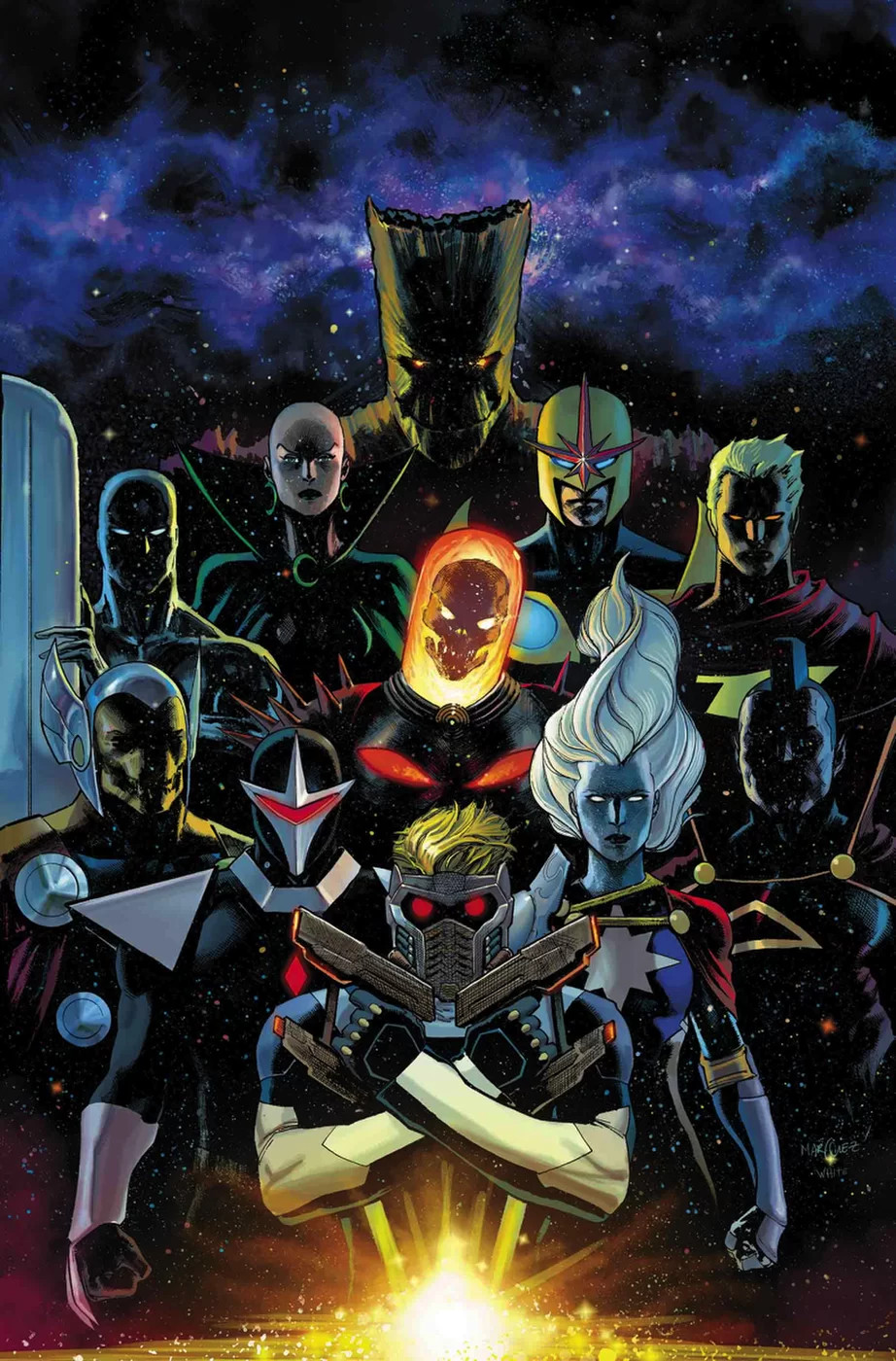 Guardians of the Galaxy #2 lands in February. Check out the solicit and covers:

Thanos is dead… Long live the NEW Thanos! But who will it be?! Will the new Guardians of the Galaxy find that person in time before the universe comes crashing down? 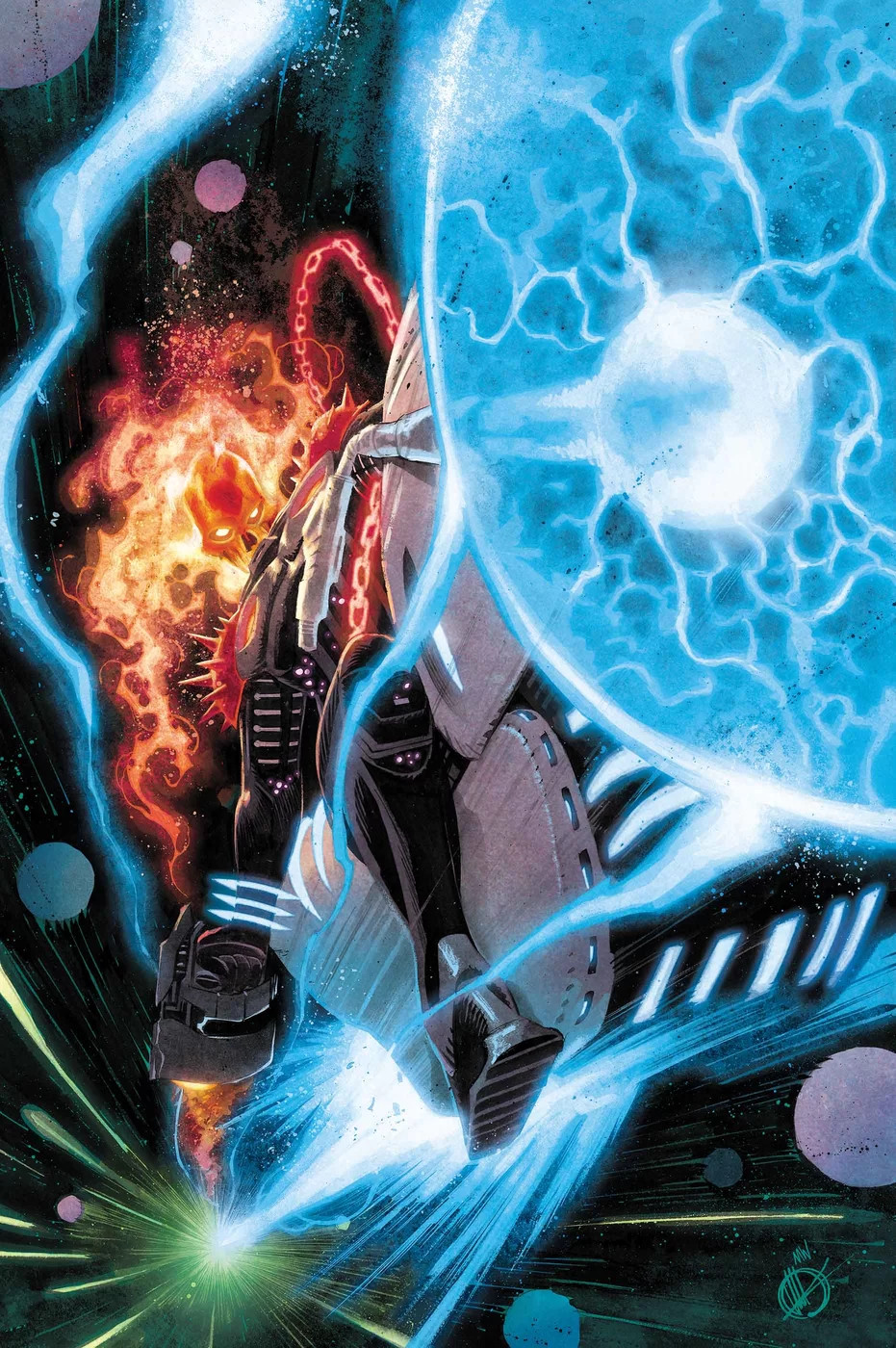 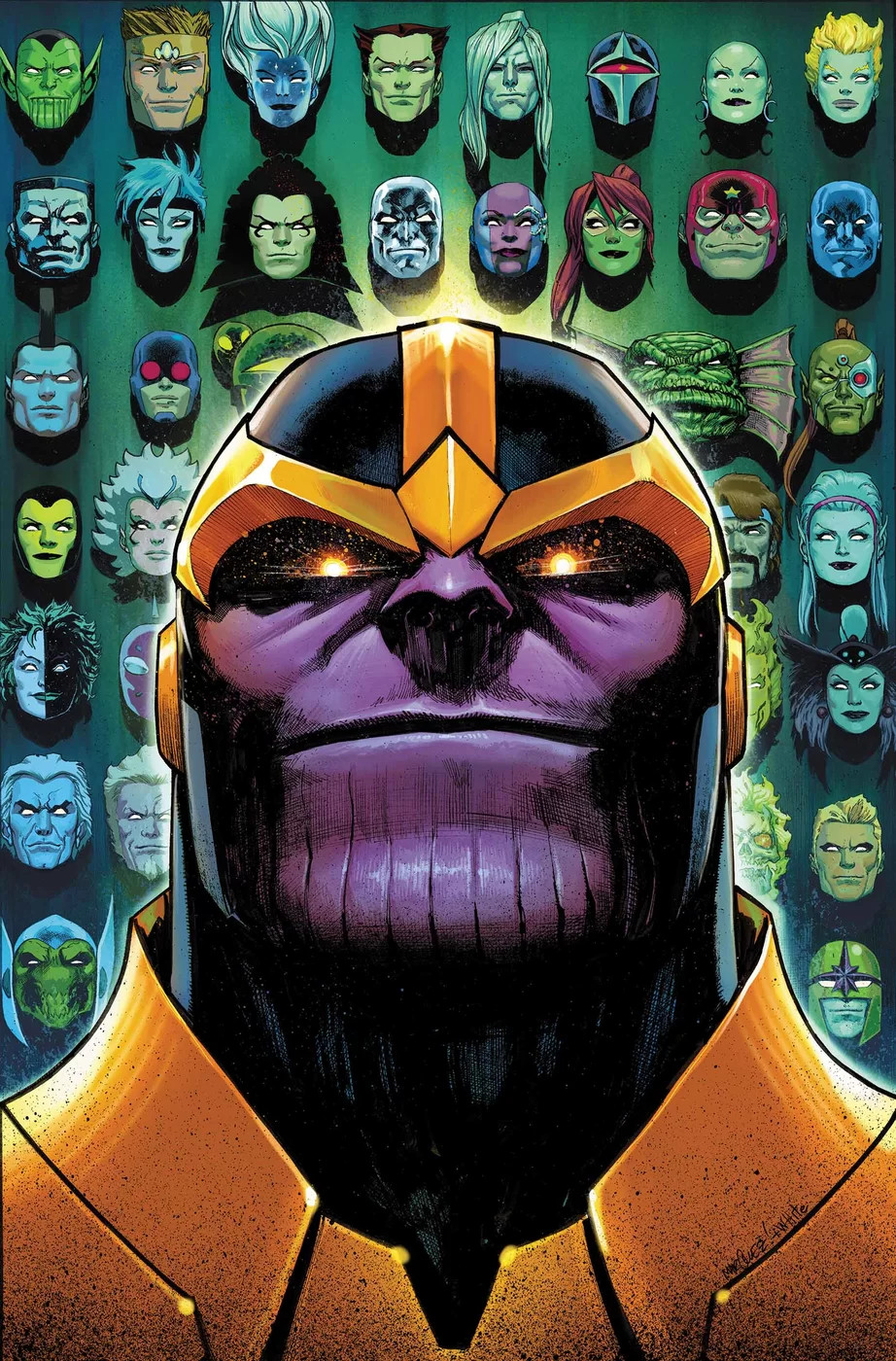