It looks as if Netflix may be releasing the Punisher series in 2017, which means possibly three Marvel shows for that year.

Netflix updated their queue which says Marvel's The Punisher comes out in 2017 and included as the description: "After the murder of his family, Frank Castle is both haunted and hunted. In the criminal underworld, he'll become known as The Punisher."

It is possible the Punisher information is simply a placeholder (see below); so the release date may change.

Jon Bernthal stars as The Punisher, with with Steve Lightfoot (Hannibal) serving as Executive Producer and Showrunner in addition to writing the series' first two episodes.

The other two Marvel series slated for 2017 on Netflix include Iron Fist and The Defenders; however, The Defenders is only getting eight episodes (compared to thirteen) as it's more of an event series that sees the characters from the other shows teaming up in Avengers-like fashion.

A Daredevil Season 3 and Jessica Jones Season 2 is in the works as well, which look to be released in 2018. 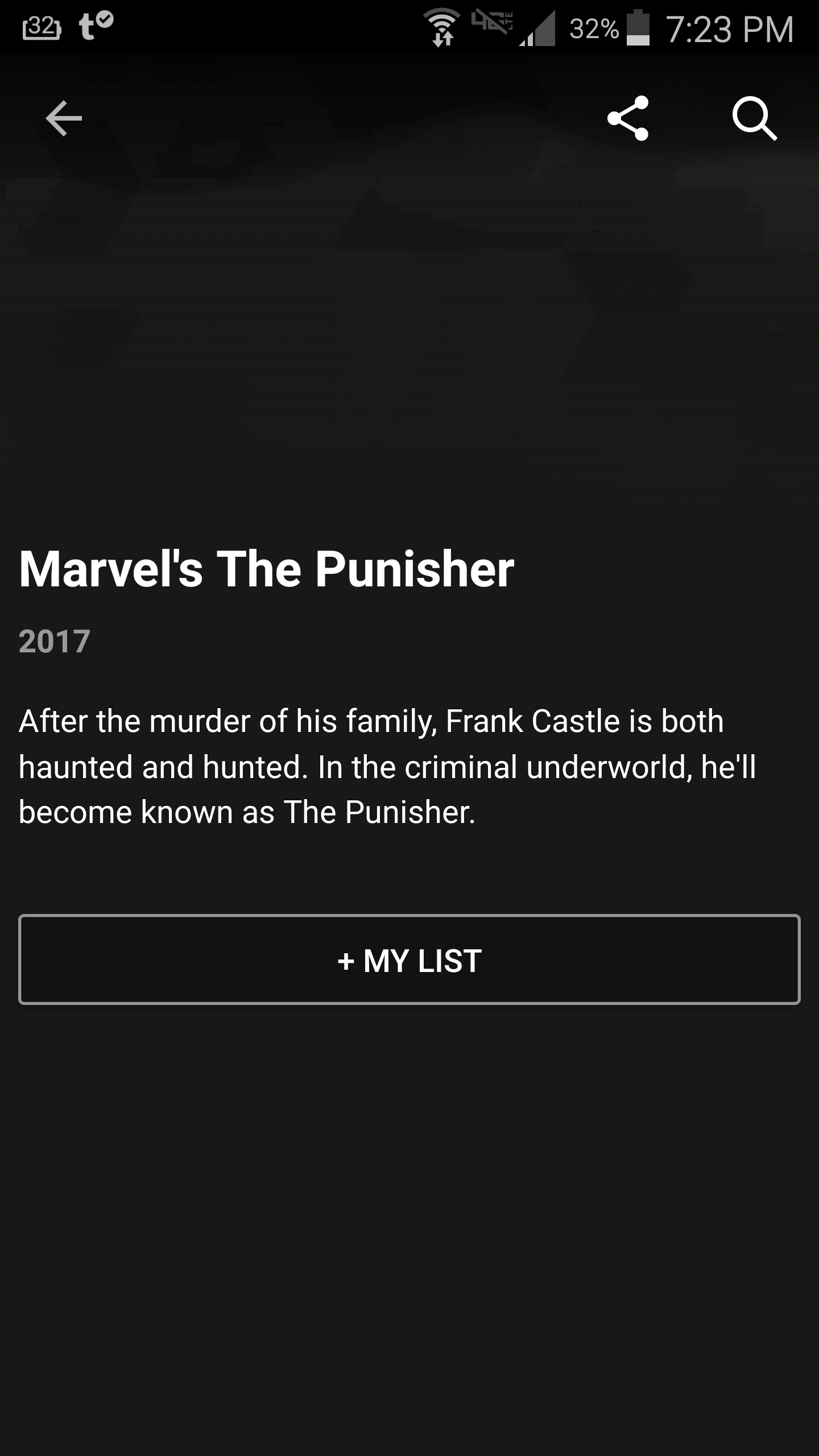