Chris Pine is now rumored for The Flash “Flashpoint” movie which follows his return in Wonder Woman 1984.

The rumor comes from YouTuber Grace Randolph on YouTube who offers The Flash will retcon the first Wonder Woman movie.

“Warner Bros., I hear is considering bringing Steve Trevor back again via Flashpoint where The Flash saves him from the plane explosion just in the nick of time,” says Randolph. “Yoink! And maybe stashes Steve on Themyscira where he doesn’t age. That’s one idea that they are considering. So [previsualisations] are being done on that suggested sequence. So previs, if you don’t know, is where they use visual effects animation to kind of show you how a scene would look.”

In Wonder Woman 1984, Diana Prince brings back Steve Trevor, but – SPOILER – he doesn’t stick around, so as a lot of fans like the character of Steve Trevor and that Chris Pine is a good actor, apparently WB is considering bringing back Steve Trevor.

Interestingly enough, WW84 touched upon where has Steve Trevor been following his “death” in the first movie, but didn’t give an explanation. Maybe he has been in Themyscira all along. 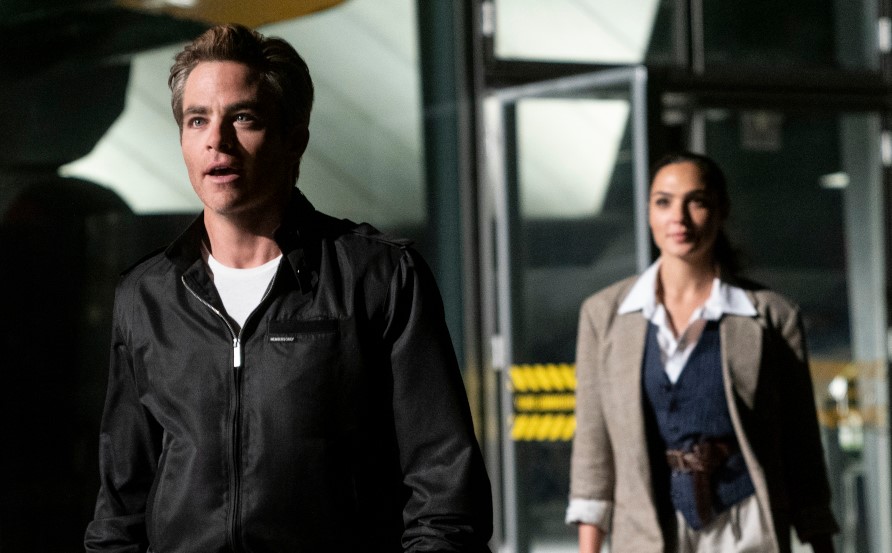 Why bring back Chris Pine as Steve Trevor?

Bringing back Trevor in Flashpoint and having him stay in Themyscira wouldn’t necessarily change the WW84 story as Diana still gets her wish; however, the obvious question would be why doesn’t Diana know Steve has been on Themyscira for 80 years or so? Also, besides the romance angle, what is the point of bringing back Steve Trevor? And why would The Flash go back and save him? Just to do Wonder Woman “a favor?”

Another issue is the fact that Wonder Woman 1984 isn’t all that good and is getting slammed on Twitter by fans while its Rotten Tomatoes score has plummeted. It might be best to forget about bringing back Chris Pine in another eye-rolling fashion.

The Flash has a Nov. 4, 2022 release date directed by Andy Muschietti starring Ezra Miller, with Michael Keaton and Ben Affleck back as their respective versions of Batman.

The flick is said to follow Barry Allen as he breaks the bonds of physics and crashes into various parallel dimensions leading to encounters with different versions of the DC superheroes.

It’s also said that Barry goes back in time to save his mother which causes changes to the timeline that sees The Flash connect to new universes, with the Michael Keaton Batman ’89 universe, and others.