The MCU actors took part in Variety's "Actors on Actors" interview series where they talked for about forty-five minutes (watch below).

Regarding the Marvel talk, Chris Evans remarks that Paul Rudd has been a part of "real clubby, cliquey, benchmark-y things" in Hollywood as Rudd has been on Friends, a part of the Marvel movies, and "in the [Judd] Apatow crew," and Evans asked Rudd what if feels like to be awesome:

Rudd: They do seem like kind of pockets and chapters in life. In something like “Friends,” the show was about them, but it’s an interesting thing to be a part of. I was only in it for just a blip. I felt, “I’m like a prop on this show. It’s not about Mike Hannigan.” But there’s a very interesting feeling to be a part of something that has that kind of profound impact on pop culture.

Evans: Even in the “Avengers” world, it was kind of like welcoming you into the fold, but very quickly. I can’t imagine you not gelling with the group. You’re like sorbet, just a palate cleanser. It’s an always welcome addition.

The pair then talked about the first day they met on the set of Captain America: Civil War:

Rudd: When I was working with you on “Civil War,” for that first scene that we had where we were in the car parked —

Evans: That was the first day I met you.

Rudd: Yeah. And there was a real kind of nervousness about Scott Lang, and I just really kind of played into that because that was part of what I was feeling anyway. I’d look around and think, “Whoa, there’s Chris Evans and there’s Sebastian Stan, and wow — and there’s the suits.” Do you remember there was like a little makeshift locker room? We’re all kind of changing into things, and I saw the suits on the racks. It felt like being in a locker room of a Super Bowl-winning football team.

Evans: I don’t know if you remember this. On that day, it was literally the day I met you, [Anthony] Mackie and I and Scarlett [Johansson] got in our head that we were going to shoot — this is so hilarious — a little video just for the Marvel gang, like a little culmination, like a yearbook video, set to that song from “Grease.” “We go together, like rama lama,” whatever that song is. We were just going to go around, take little clips of videos of people dancing and cut it all together. The first day I was like, “All right, I’ll start collecting some of this footage.” I have the footage.

I was like, “Hi, nice to meet you. You don’t know me, but can I get this?” It was you, Mackie, I think [Jeremy] Renner, Sebastian, and I just said, “Look, everyone, just dance for 30 seconds,” and you did it. You were a great sport. You willingly danced with little explanation from me, and then I never completed the video. I just abandoned it. But I got that footage of our first day of meeting of you dancing.

Rudd: I must’ve blocked it out. I don’t remember it at all. While we’re on the topic of “Avengers,” what is it like for you to play such an iconic character?

Evans: I’m sorry, I found it. It’s unbelievable. I can’t show it — it’s way too embarrassing.

Evans: Oh, it’s so bad. Anyway, it was intimidating at first. Everyone has expectations. You know what it’s like working at Marvel — they make you feel so comfortable. It feels like such a group effort. It’s a real landscape of competing ideas and the best idea wins, and that’s how they end up with so many good movies. Very quickly you kind of put down your fear and recline a little bit and recognize that you’re in good hands.

Rudd: What is it like for you when you go outside if there’s just a bunch of kids around? Do they just freak out?

Evans: A little bit. But that’s so nice, because I grew up with “Star Wars” and I had certain characters that just meant the world to me. We live in a much different time now. Back when I was young, celebrity was far away. And actors were only accessible through their work. Now, you have this other channel where you can actually offer a little bit more of who you are, which is a tricky tightrope to walk. But it is nice to be able to share a little bit extra, especially playing a character that I respect so much, and trying to create this nexus between the work you do and the impact you might want to have on kids.

We were big into Boggle during the Marvel movies —

Evans: This is without fail: You could be playing with a group of 20 people. The person who is going to win is Paul Rudd. The person who’s going to come in nail-biting second is Don Cheadle, and [Mark] Ruffalo will be way at the end. Although one day Ruffalo found “asbestos” on the Boggle board. It’s a real anomaly.

Rudd: That is pretty impressive, but that’s because Mark fights the valiant fight. He’s probably out right now marching for asbestos reform.

Evans: I didn’t know Ant-Man as well. Is there pressure trying to bring a character that isn’t one of the names?

Rudd: There’s pressure at every single movie you’re making in the Marvel world. You don’t want to be the weak link. A character like Ant-Man, yeah, very few people knew. They’d say, “Well, what does Ant-Man do?” And I’d say, “He can shrink to the size of an ant, but he also retains strength, and he can control ants and talk to ants.” And people would just laugh. 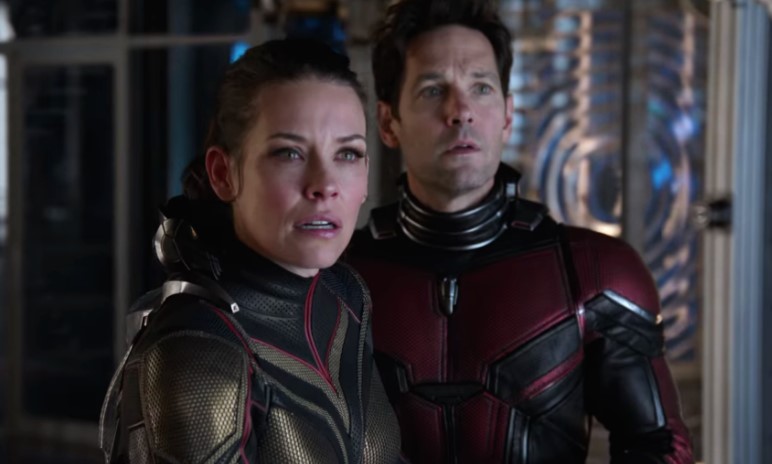 Ant-Man 3 on the way

While Chris Evans is done as Captain America, it has been announced that Paul Rudd will be starring in Ant-Man 3, which hasn't yet been officially announced by Marvel.

Evans: There is a third, right? Are there plans on shooting anytime soon?

Rudd: I’m not going to be able to say anything, Chris. You know the world.

Evans: I might as well ask you what your paychecks are. I don’t know. Paul, what’s your penis size?

Rudd: It’s even bigger than my paycheck. Put in your own Ant-Man joke there.