The MCU's Captain Marvel, Brie Larson, and the DCEU's Wonder Woman, Gal Gadot, take to social media to offer to fans to "make love not war."

Gal Gadot shared a pair of images on her social media accounts from the recent Oscars which sees her with Brie Larson.

Brie Larson also followed up by posting on her own social media accounts: "Make love, not war." 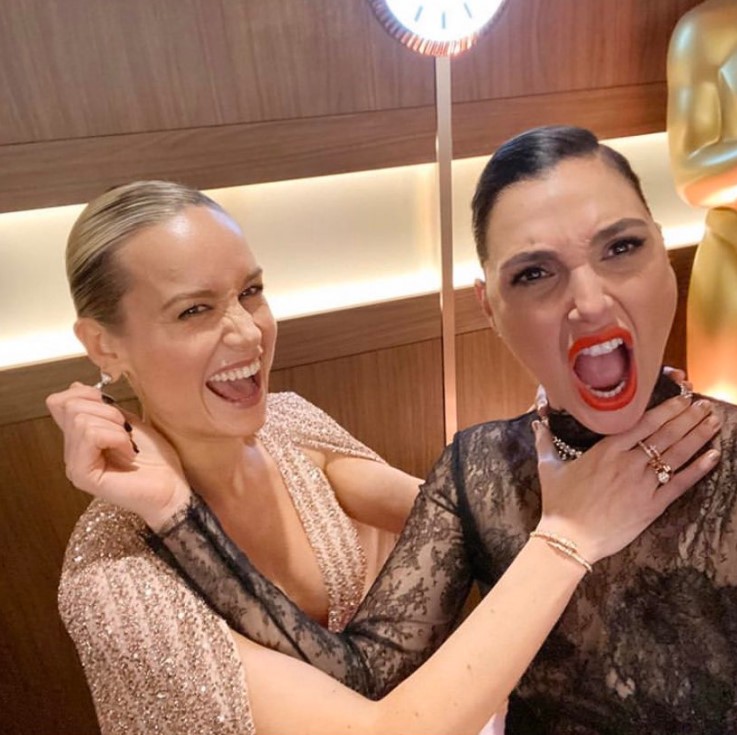 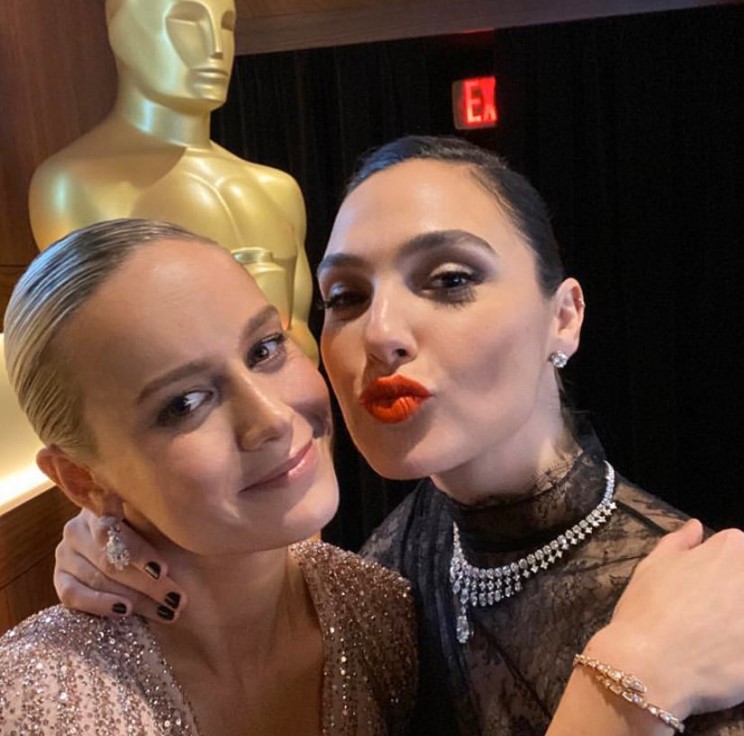 The recent Oscars saw Gal Gadot, Brie Larson and Sigourney Weaver present together where they talked about how "all women are superheroes."

"It is an absolute honor to stand here beside my fellow superhero, Gal, and the woman who paved the way for us, Sigourney Weaver," said Brie Larson at the Oscars.

"Yes. Yes," agreed Gadot. "We are so grateful to you and it is such an honor to be standing here with you."

"Tthe three of us make a powerful combination and in fact just now backstage we decided that after the show we are going to start a fight club, and if anyone wants in..." said Weaver.

"Men are all invited, but no shirts allowed," joked Gal Gadot.

"The winner will get a lifetime supply of deodorant, sushi and tequila," said Larson.

"The loser gets to answer questions from journalists about how it feels to be a woman in Hollywood," joked Gadot.

"You don't want to lose," said Weaver. "Kidding aside we wanted to stand here together and say that all women are superheroes."