Brie Larson is Hollywood's choice for female girl power as she plays Marvel's Carol Danvers, with Captain Marvel appropriately having been released on International Women's Day on 3/8 (or 8/3 internationally); so with The Avengers: Endgame now released, it's out with the old (white dudes) and in with the new (diversity and PC).

In an interview with CNet, the subject of "intersectional feminism" is brought up with Larson asked which characters in the MCU would she like to see get movies.

I would love to see a Valkyrie solo movie for sure. I'd love to see a Ms. Marvel movie for sure. I mean, they haven't even begun to tap into her abilities. And I love her story so much. It would be my hope she comes in sooner rather than later as Carol's sidekick, and then eventually kind of takes over. And then of course, the Wakanda ladies, I could watch a whole movie of those warrior women, there's so much to be mined from that. So I think there's a lot of material out there and a lot of new worlds to delve into. 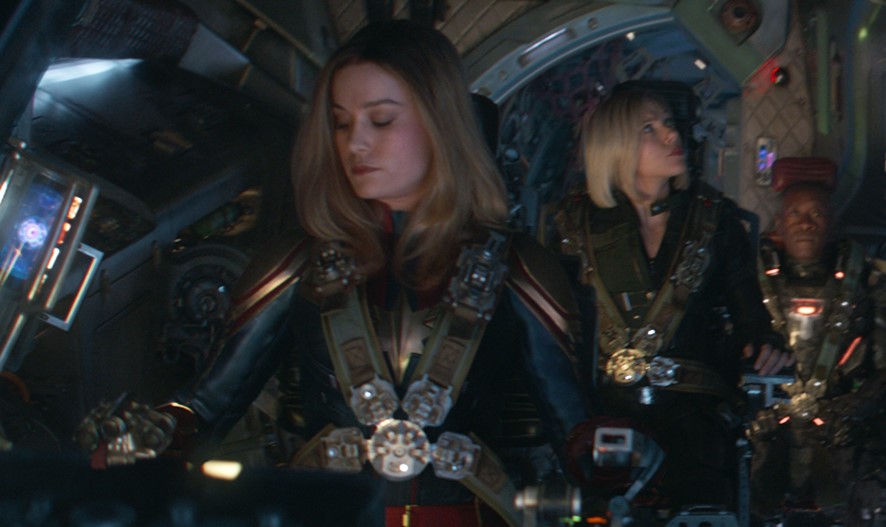 Brie Larson is also asked if she would be interested in directing a Marvel movie, which she replies, "Totally." She is then questioned if she ever appeared in a buddy movie with Thor and Hulk, which character would she want to team up with, but Larson avoids the questioning and instead replies she wants a female Avengers movie.

I'm still really into this idea of an all-female Avengers movie. Getting all the women together and getting them to work as a team ... would be so powerful and iconic. Just because having just seen Avengers: Endgame, getting to see all of those characters on screen, you realize the beauty of these new superhero movies is that everybody has their own special skills they bring to the table. Their own, you know, superpower. And to see women work together, and in that way as a team, is not something we've seen enough of on screen.

Brie Larson has also recently said Captain Marvel is stronger than ever, got a bit nasty with Chris Hemsworth while promoting Endgame, shut down the makeup trolls, bullied a fan over Unicorn Store,  and she has admitted she hates some of the cast in her movies.