With the release of Captain Marvel, both Netflix and Brie Larson attack and bully a fan on social media in regards to the bad Unicorn Store movie that will get released this month on the streaming network.

Unicorn Store was actually directed by Brie Larson and also starred Samuel L. Jackson, but it’s not any good and has a 3.9 star rating on IMDb and only a 68% Rotten Tomatoes score. Obviously, Netflix and Larson are trying to capitalize on the release of Captain Marvel by putting the 2017 Unicorn Store movie on the streaming network, but when a fan on Twitter stated he didn’t like it, Netflix and Larson had their large social media following and shill websites gang up on the lone Twitter user, of course calling him a troll. 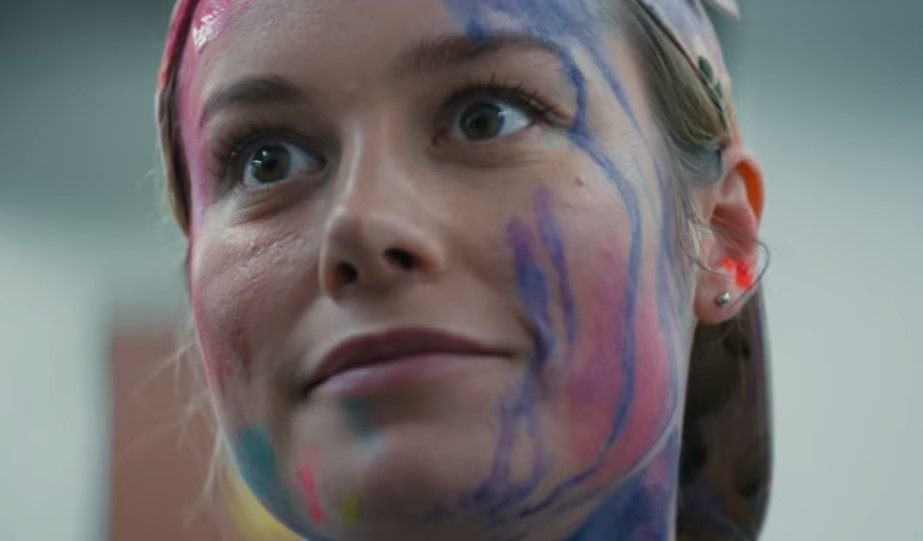 @TheJoeGil first posted: “Lol this looks like bleh. Take notes from Jonah Hill, who was mentored by Martin Scorsese, and took years before he made his directorial debut out of respect for the artistry of film and the position of director. This seems like she’s just riding Captain Marvel’s wave.”

Netflix caught wind of the tweet and replied with Brie Larson’s credentials, which then saw Larson follow up a tweet of her own to make sure her Twitter followers saw the post. Of course, her Twitter followers then proceeded to bully @TheJoeGil so bad that he temporarily had to turn off his Twitter account. In addition, various shill websites, which are confirmed to put out fake reviews and articles in order to get exclusives, posted their own articles knocking the Twitter user. 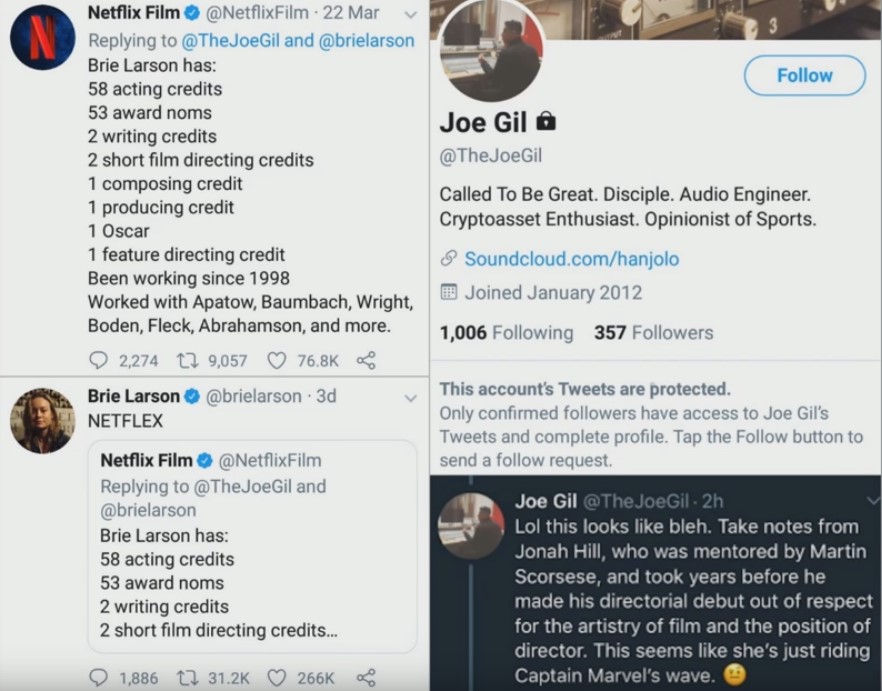 However, credit to @TheJoeGil, he wasn’t having any of the bullyings from Netflix, Brie Larson or her own troll army.

“Why? Because I have a differing opinion than you? I didn’t attack her personally so why must you resort to ad hominem attacks? Hypocrisy,” @TheJoeGil replied to one user.

“Nice try but I’m nothing close to a sexist. I’m not going to apologize for stating my opinion,” @TheJoeGil said.

“It’s not sexism. Your assumption is that I doubt her because of her gender. That’s wrong. I reacted to the trailer, which was not promising in my opinion. I love women. To be called sexist for stating my opinion is a reflection of today’s hyper-offended culture. Congratulations,” @TheJoeGil tweeted.

“Hey that’s your opinion but here’s some advice. Get outside. Life is beautiful. No need to be upset at diversity of thought. :),” @TheJoeGil said. 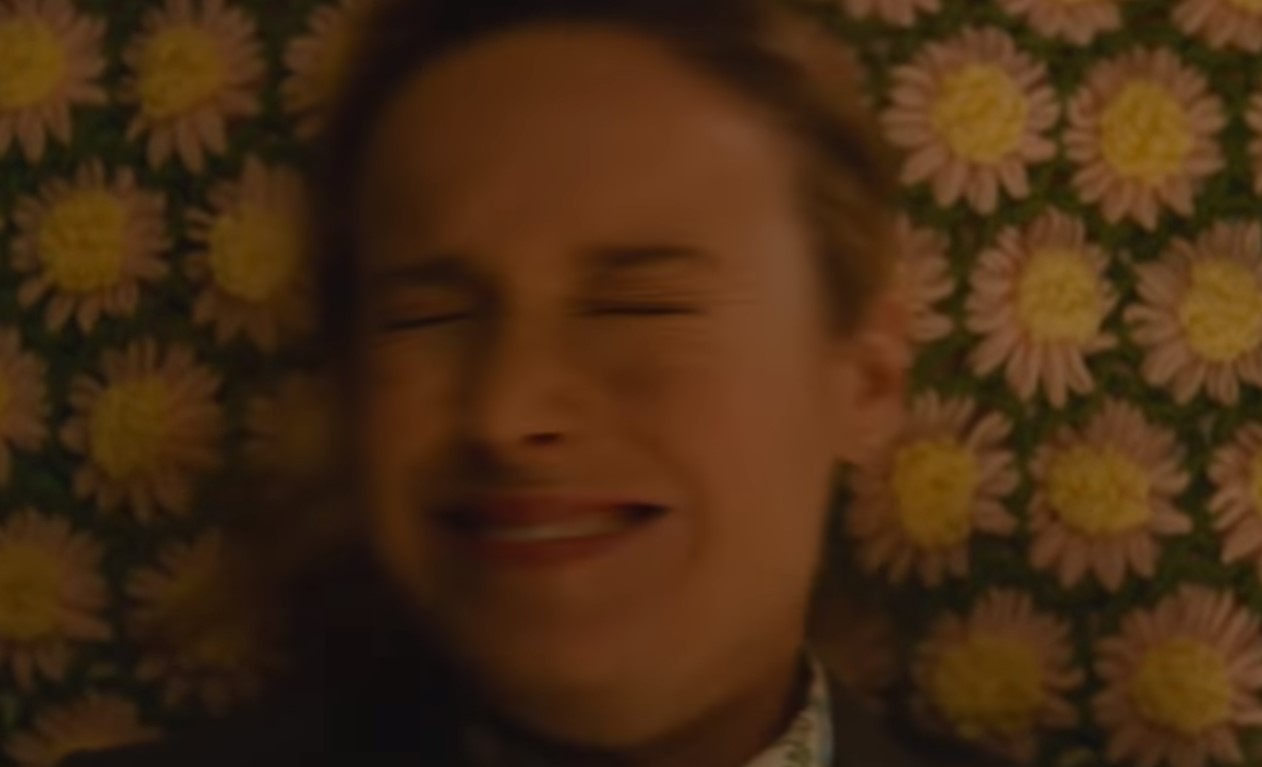 “The way you’re speaking to me is a reflection of your insecurities my man. You’re on a burner account roasting me for something minuscule in the grand scheme of life. That’s enough attention for you today though. Deuces!” @TheJoeGil tweeted.

“I didn’t say anything sexist so I won’t be apologizing for stating my opinion. Gender has nothing to do with what I said. You, like plenty others, are triggered because you won’t accept diversified opinions,” @TheJoeGil also tweeted.

So we see the marketing campaign surrounding Captain Marvel continues in that anyone who has a negative opinion of Brie Larson is deemed a “troll.”

Unicorn Store will be available on Netflix on April 5 and follows a woman named Kit (Larson) who receives a mysterious invitation from The Salesman (Jackson) that would fulfill her childhood dreams.

Check out the trailer for yourself. Looks like @TheJoeGil isn’t too far off.