Following the tease of the suit, now Dwayne Johnson announces Black Adam has finished filming with the posting of a behind-the-scenes video.

“Honored and proud to say that’s an official wrap on BLACK ADAM,” posted Johnson on Instagram (watch below). “I knew many years ago, the opportunity for me to make BLACK ADAM would be a ONCE IN A CAREER EVENT. It has been my true honor to go shoulder to shoulder with over 1,000 brilliant and hungry crew of filmmakers and storytellers to bring the antihero known as, BLACK ADAM to life. This has been one for the ages and easily the hardest labor and toughest grind mentally and physically of my entire career. Worth. Every. Second. Love you all. Thank you all. And I’ll see you down the road. Now go have some fun with that $10,000. The hierarchy of power in the DC UNIVERSE is changing. Black Adam. #themaninblack.”

Black Adam has a July 29, 2022 release date directed by Jaume Collet-Serra and also stars Pierce Brosnan as Doctor Fate, Aldis Hodge as Hawkman, Noah Centineo as Atom Smasher, and Quintessa Swindell as Cyclone, with Sarah Shahi said to be playing the female lead, Adrianna Tomaz / Isis, a university professor and freedom fighter leading the resistance in the DC fictional nation of Kahndaq.

Black Adam behind the scenes: 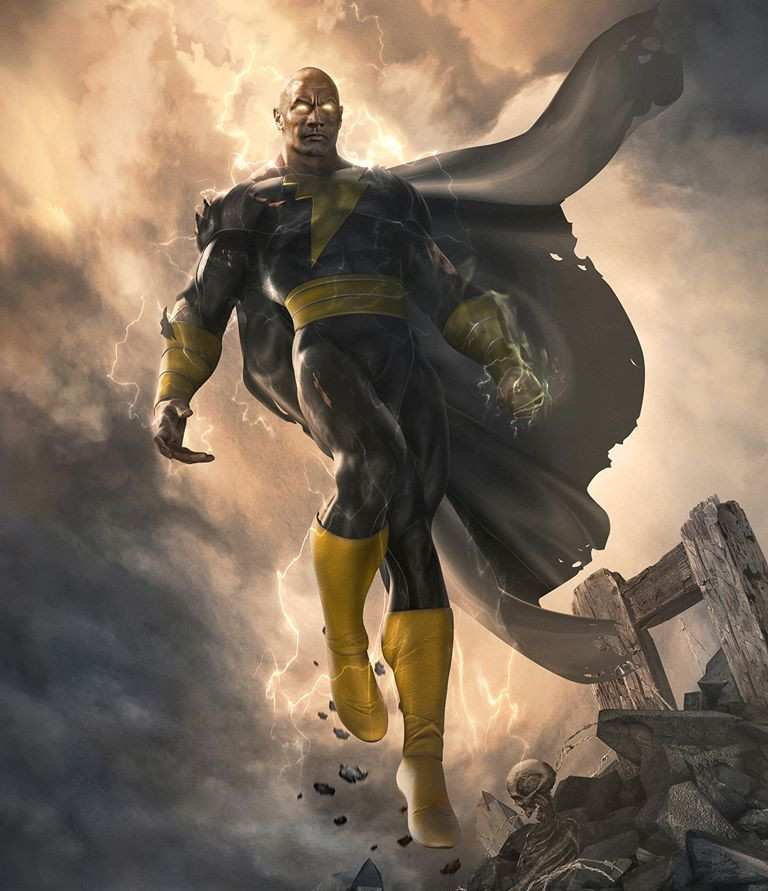