Dwayne Johnson reveals a first look at Black Adam on social media in the form of a behind-the-scenes-set image.

“On set. BLACK ADAM,” Johnson posted on Instagram. “This image of Black Adam from behind gives you a tactile sense of the absolute massive scale and size of our movie. You also see a little of the intricate and beautiful textured detail of Black Adam’s body suit. (this is not your typical DC or Marvel padded muscle suit) And finally you get a glimpse of the enormous and appropriate destruction. As we all know, superheroes have a code of justice and don’t kill the bad guys. But, Black Adam does. The hierarchy of power in the DC UNIVERSE is changing. Antihero. Man in black. Protector of his people.”

Regarding Dwayne Johnson and Black Adam not wearing the typical DC or Marvel padded suit, The Rock previously revealed he won’t be wearing a padded suit, unlike his fellow DC and Marvel superheroes and villains.

“And YES, our goal for BLACK ADAM was to create a real life superhero/villain physique and become the first actor who did NOT require padded muscle in their superhero costume,” said Johnson.

Black Adam has a July 29, 2022 release date directed by Jaume Collet-Serra and also stars Pierce Brosnan as Doctor Fate, Aldis Hodge as Hawkman, Noah Centineo as Atom Smasher, and Quintessa Swindell as Cyclone, with Sarah Shahi said to be playing the female lead, Adrianna Tomaz / Isis, a university professor, and freedom fighter leading the resistance in the DC fictional nation of Kahndaq. 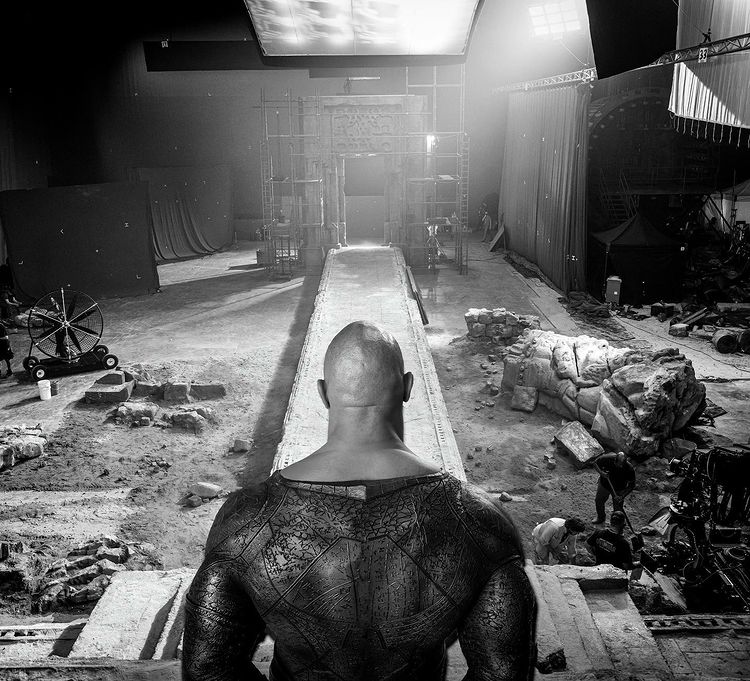