Poison Ivy is coming to Batwoman Season 3 as Bridget Regan has been cast as the character that has the ability to manipulate plant life.

The official description offers: A former botany student at Gotham University, Pamala Isley "was a passionate, brilliant scientist with a mind for changing the world for the better. But her plans shifted when she was experimented on by a colleague, injected with various plant toxins which turned her into the infamous Batman villain Poison Ivy. With a formidable power coursing through her veins, Pamela used her powers to do what she thought was right… even if Batman and those closest to her disagreed with her dangerous methods. Now effectively wiped off the board for years, Batwoman and the Bat Team must prepare themselves for Poison Ivy to return with a vengeance."

Details also include that Bridget Regan will recur as Poison Ivy in Batwoman Season 3.

"This is going to be fun," the actress posted on Instagram who starred in Marvel's Agent Carter.

The Batwoman Season 2 finale actually teased Poison Ivy, in addition to other Batman villains, as several trophies Batman collected from his enemies over the years were let loose into the world, including one of Ivy's vines which took root and started sprouting, as well as the Penguin's umbrella, and the Mad Hatter's hat. 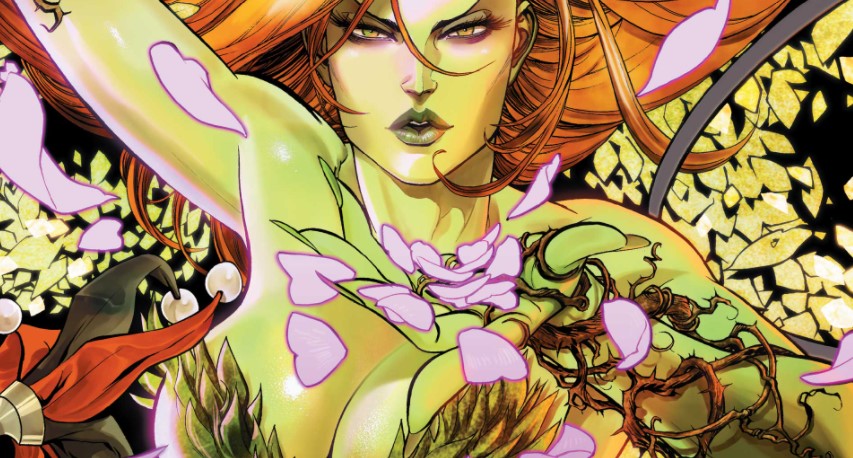 What happens when you mix betrayal with an undying passion to save the Earth? You get the Batman’s Floral Femme Fatale.

Evil has never been so seductive as it is in the form of Poison Ivy, who uses her own natural pheromones to control whomever she wants. Her additional ability to control the floral life around her gives her an instant army against anyone who tries to stop her, as vines and plants attack whoever is foolish enough to get in her way.

The beautiful villainess is not a criminal in the traditional sense, but an ecoterrorist determined to push mankind out of the way, so plants can rule the planet she believes has long abused them. But Ivy has also proven herself compassionate time and time again, especially toward other women who have been victimized.

No two-dimensional villain, Ivy remains one of the most conflicted and complex members of Batman’s formidable rogues gallery.