A new rumor offers possible details for the Robert Pattinson Batsuit in Matt Reeves’ The Batman saying the suit may be blue and grey.

The info comes from TheComixKid on Twitter who says:

Take this as a rumor, but we are hearing from a reliable source The Batman’s suit will be a modernized take on the West costume, incorporating blues and greys, but no longer yellow, but most importantly I’m told it will feature the white eyes, a little like this minus the yellow.

Take this as a rumor, but we are hearing from a reliable source #TheBatman’s suit will be a modernized take on the West costume, incorporating Blues and Greys, but no longer yellow, but most importantly I’m told it will feature the white eyes, a little like this minus the yellow https://t.co/vnGP0OFwPe 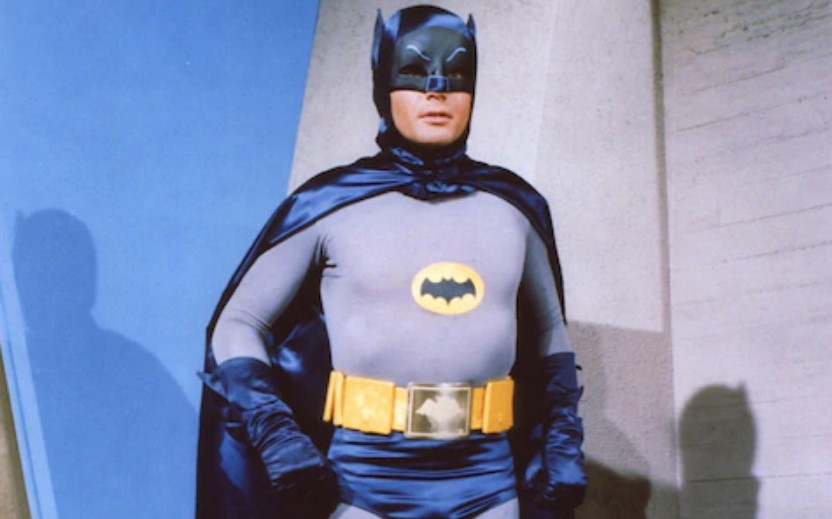 The “West costume” referred to, is, of course, the Adam West version from the Batman ’66 series; Adam West passed back on June 9, 2017 (the Burt Ward Robin will be appearing in Crisis On Infinite Earths).

A return to the blue and grey will follow a long line of black-inspired Batman suits as Michael Keaton and Tom Burton introduced their black Batsuit in Batman ’89.

Christopher Nolan and Christian Bale also used a black Batsuit in The Dark Knight Trilogy, with Zack Snyder using a black and grey version for Ben Affleck in Batman vs Superman, Suicide Squad and Justice League.

It should also be said that Matt Reeves is rumored to be adapting the DC Comics “The Long Halloween” storyline which also features a blue and grey costume. 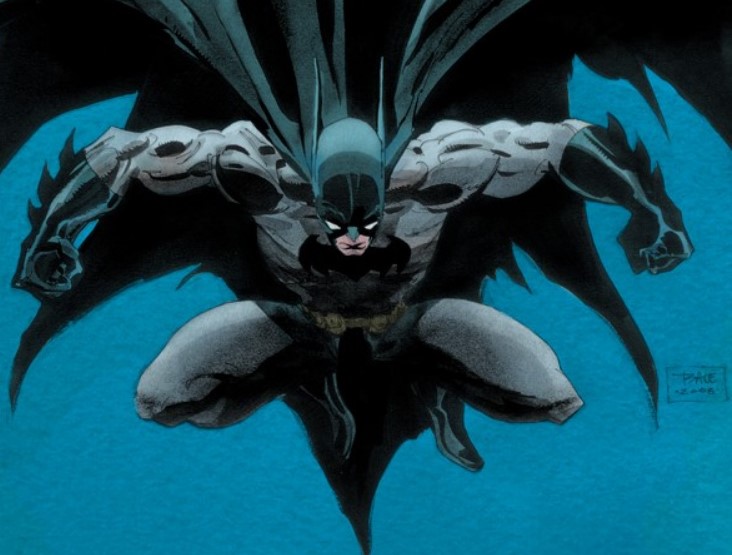 Another Twitter user chimed in offering a rather cool take of the blue and grey suit with the following art. 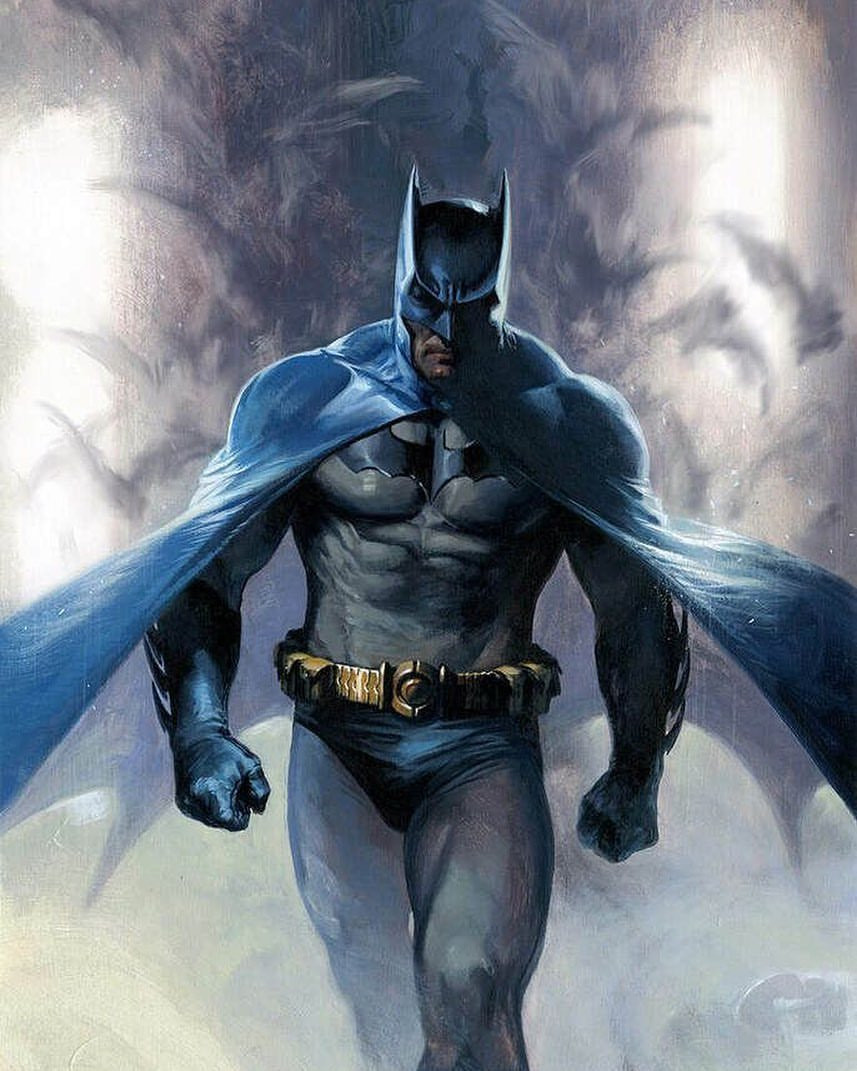 Though not yet finished at the time, Robert Pattinson recently said that the Batsuit for The Batman will be very cool.

“Matt [Reeves] has got a really awesome idea about it,” Pattinson revealed. “I think this thing is going to be very, very cool.”

The Batman has a June 25, 2021 release directed by Matt Reeves, co-written by Reeves and Mattson Tomlin, with Michael Giacchino composing the music, and the flick also stars Jeffrey Wright as Commissioner Gordon, Paul Dano as Riddler, Zoe Kravitz as Selina Kyle, aka Catwoman, Jayme Lawson as Bella, with Colin Farrell said to be up for the role of Penguin, Andy Serkis as Alfred, Matthew McConaughey possibly as Two-Face, with rumors also offering additional villains, such as Firefly and Poison Ivy, are yet to be cast.

A rumored plot for the film offers that The Batman will explore a detective case where people start dying in strange ways so the Batman must go deep into the dark world of Gotham to find clues and solve the conspiracy and mystery connected to Gotham City’s history and criminals. It’s said that in the movie all of Batman Rogues Gallery are already out there and active, similar to the DC comic book stories and animated movies.